Heading down to the Piggly Wiggly for a quart of milk is something you would hear in Memphis, Tennessee where the revolutionary grocery store chain was founded in 1916. However, you could also go to the Piggly Wiggly over on Granville Street in Vancouver about 80 years ago. 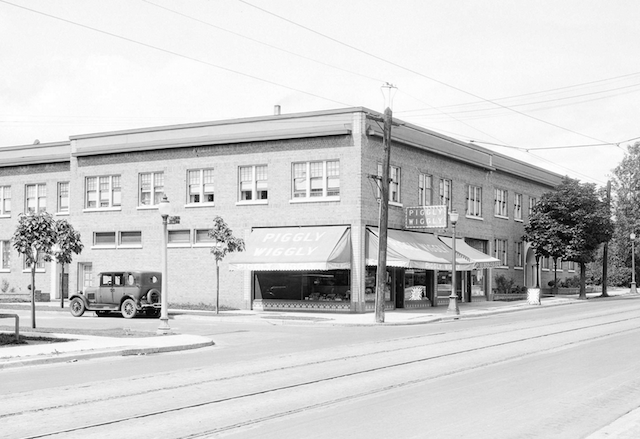 In 1929, Safeway came to Canada just three years after it was founded in Maryland. Eventually Safeway would take over the Piggly Wiggly chain in Vancouver. Stores like Piggly Wiggly No. 4 in Kerrisdale remained until at least the end of the 1930s.