There will soon a be new sculpture in Stanley Park as the Park Board has accepted a statue donated by the Portuguese Joe Memorial Society. The piece, featuring pioneer Joe Silvey (“Portuguese Joe”), will celebrate the ancestral connection of Coast Salish and Portuguese communities in Vancouver. 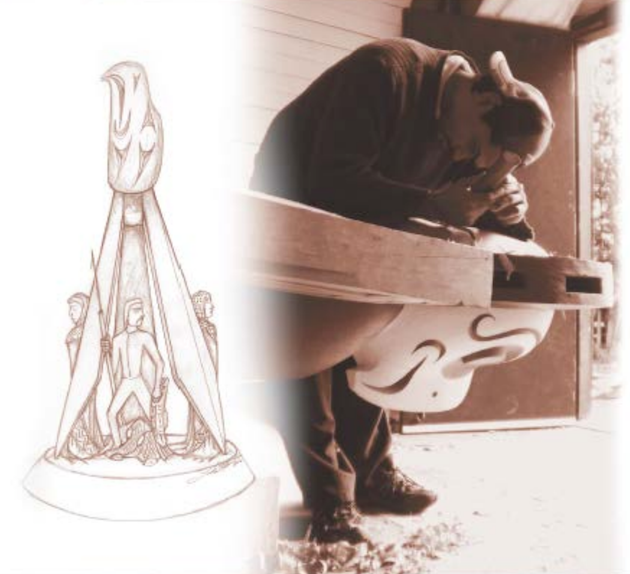 From the proposal to the Vancouver Park Board:

“The proposed artwork will be a 14-foot bronze sculpture with life-sized representations of Portuguese Joe Silvey and his Coast Salish wives, Khaltinaht and Kwatleematt. The artist, Luke Marston is a recognized Coast Salish artist and the great, great grandson of Silvey and Kwatleematt. The site was chosen as it is the historic location of Portuguese Joe and Khaltinaht’s home.”

Joe was born in Pico, Azores in 1828 and likely arrived in Vancouver between 1858 and 1860 with four or five other Portuguese men in search of gold. The men came down to the Fraser River from the Cariboo on their way to Victoria and were greeted — on the shores of what would be South Vancouver today — by Grand Chief Kiapilano (Joe’s future “grandfather in-law”) and the Musqueam people.

Soon after Joe married Khaltinaht, Kiapilano’s granddaughter. Many years later, Joe described his first wife as a, “pretty girl with dark eyes, and hair down to her middle; large deep, soft eyes.” After honeymooning in Point Roberts, where Joe may have previously lived, he built a house at Coal Harbour near Brockton Point in Stanley Park.1

The artist who created the sculpture, Luke Marston, told the Vancouver Sun: “It is such a great story. When the first settlers came here it was a negative thing (for the First Nations people) but not with him. He married the chief’s granddaughter (Chief Kiapilano) and was accepted by the people.”

Joe and Khaltinaht’s first daughter, Elizabeth, was born between 1864 and 1867 at their home in Stanley Park, around the area of where the 9 O’Clock Gun sits today. Elizabeth became the first child born of European parentage in Vancouver. In 1867, Joe became the first Portuguese person in Canada to receive British Citizenship.

It takes a lot of gumption to open a saloon in Gassy Jack’s town, but Joe did it in 1870. He purchased Lot No. 7 in the Granville Townsite and operated the “Hole in the Wall” near Gassy Jack’s “Globe Saloon”. 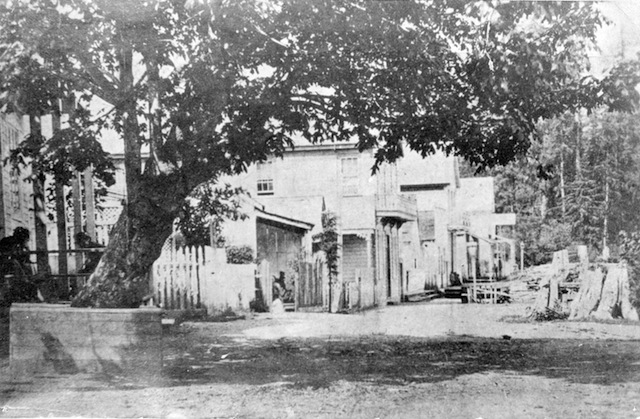 Disaster struck Joe’s family soon after their second child was born in 1871. His wife Khaltinaht caught a cold in her back and died. She was buried with her people at Musqueam. Devastated, Joe sold his Saloon to some hand loggers and retreated to his home in Stanley Park. He fished in a sloop he had built in Stanley Park, the “Morning Star,” the first European built boat in Vancouver.2

While out fishing in Howe Sound, it’s believe that’s where Joe met his second wife, Kwaham Kwatleematt, a Sechelt woman known as Lucy. She and Joe had ten children before he passed away in 1902.

Today, there are over 500 descendants of Joe Silvey in BC who are very proud of their Portuguese and Aboriginal ancestry. In fact artist Luke Marston is Joe’s great-great grandson. His sculpture is set to be unveiled at the end of September this year.

From the Vancouver Sun: Vancouver Sun Article : “After five years of planning and work, a sculpture by Coast Salish artist Ts’uts’umutl Luke Marston will finally be unveiled Saturday at 2 p.m. in Stanley Park.

The 4.2-metre-high bronze, titled Shore to Shore, is a tribute to Marston’s great, great grandfather, Joe Silvey, and his indigenous wives: Khaltinaht and Kwatleematt. Silvey, known as Portuguese Joe, was one of the first Portuguese immigrants to B.C.

Built at a cost of about $700,000, Shore to Shore was a project that involved the Musqueam, Squamish, Tsleil-Waututh First Nations, the Portuguese-Canadian community in B.C., as well as the governments of Portugal, the Azores, Vancouver and Canada.

The sculpture is located in what was once the traditional village of Xwayxway, where Silvey lived with Khaltinaht. This area is now called Brockton Point.”

1, 2 Portuguese Pioneers of BC.

Share101
Tweet
Share
Pin
Email
Reddit
WhatsApp
101 Shares
Current Contests on Miss604
*All contests are open to residents of Canada only, unless otherwise stated. Contest timelines are published on each individual post along with entry methods. Some contests may only be open to those 19 years of age and older. Winners are announced on the contest blog posts. Contest policy »
Comments are closed on this post
Advertisement