Yesterday the Vancouver Public Library gave media access to their rooftop green space at the Central Branch in downtown Vancouver. This 28,000 square foot “garden in the sky” served as the perfect stage for their strategic plan announcement that includes intentions to expand community spaces, create dynamic collaboration zones, and offer high-tech creation spaces for their nearly 350,000 active card holders across 22 locations. 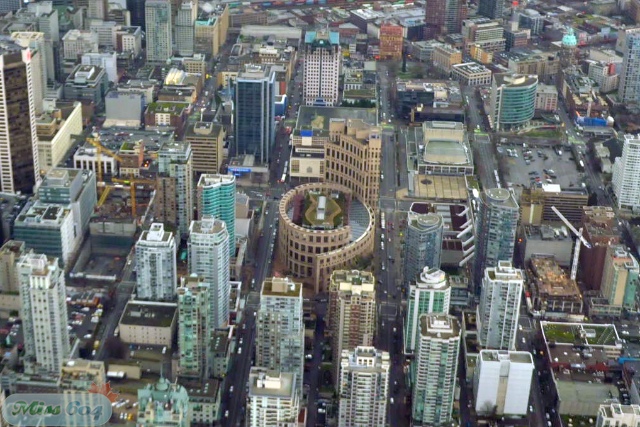 From the sky, the green roof of the Central Branch looks like a river, which is part of the aesthetic that was created when the iconic building first opened in 1995. The rooftop garden is covered in native BC plants and grasses, along with a resident family of geese that spends its time meandering through the bushes overlooking Crosstown, Yaletown, False Creek and BC Place. 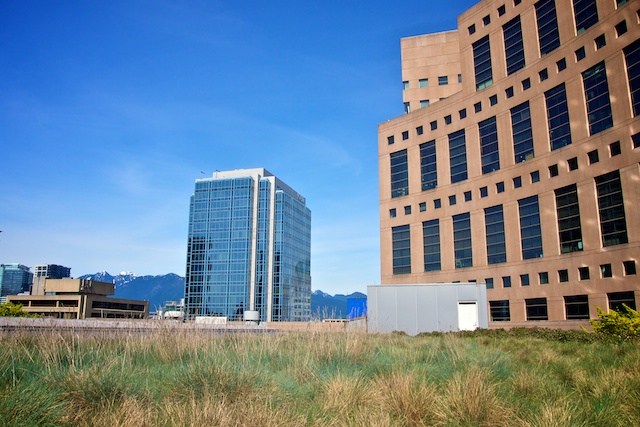 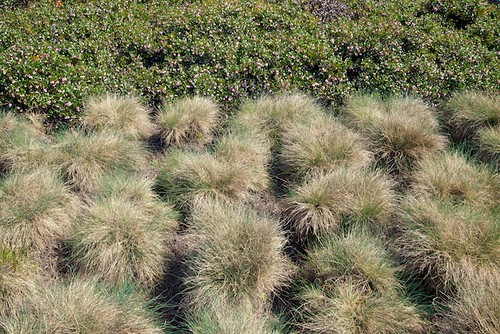 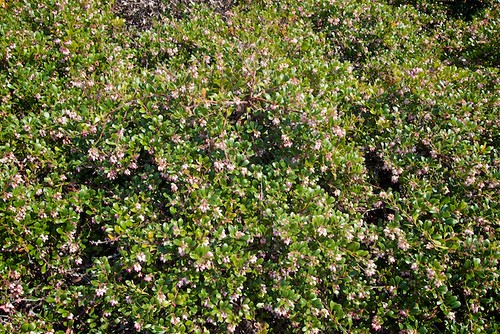 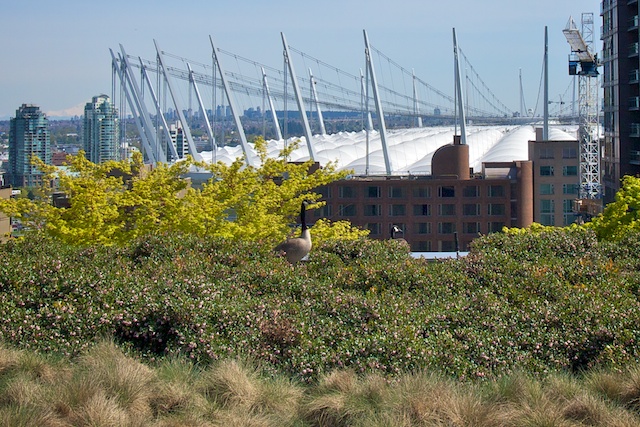 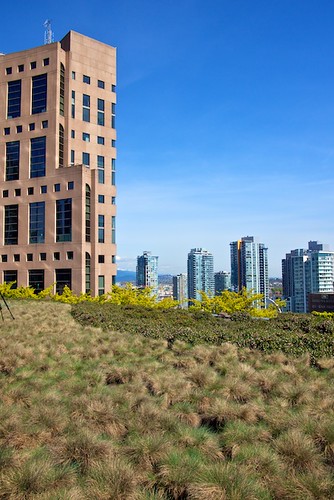 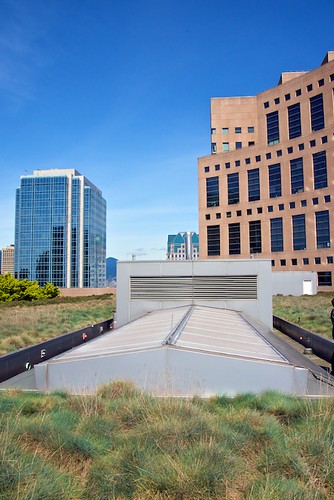 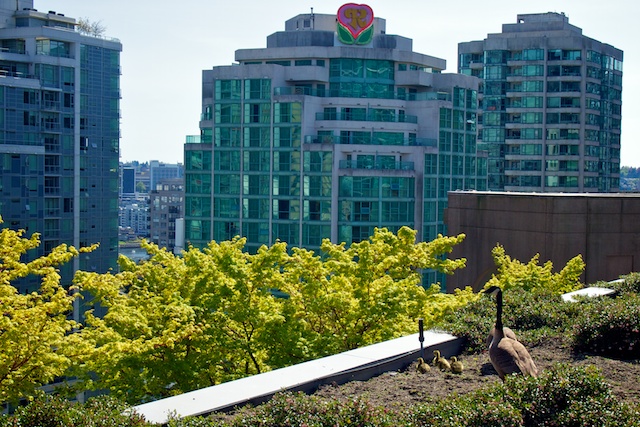 The Central Branch also has a north and south plaza, accessible from the 8th floor. In the long-term plan (2015 onward), these open-air courtyards and even the roof will become community spaces where patrons can step outside and enjoy library services in the sunshine. For now, they symbolize the mindset of the library, moving forward to serve the public and offer modern amenities. 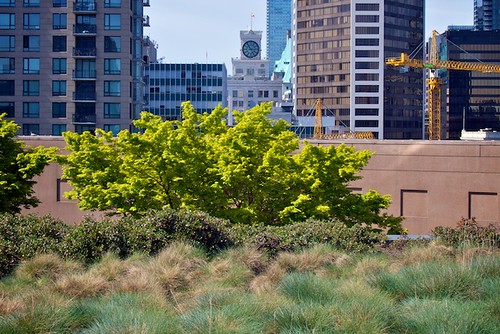 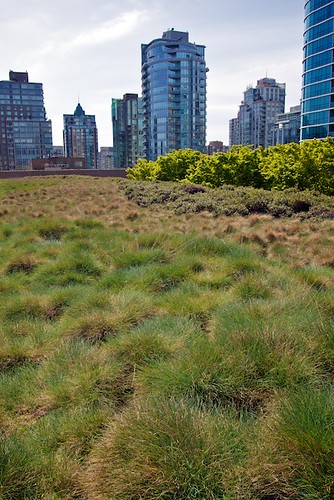 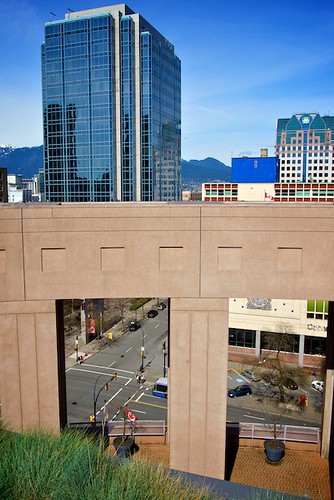 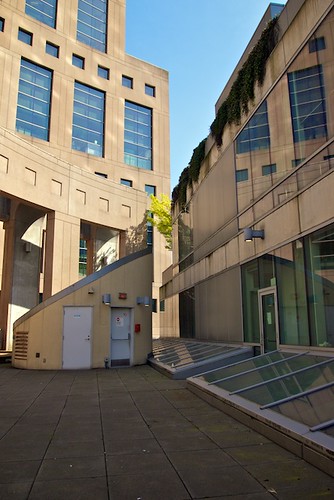 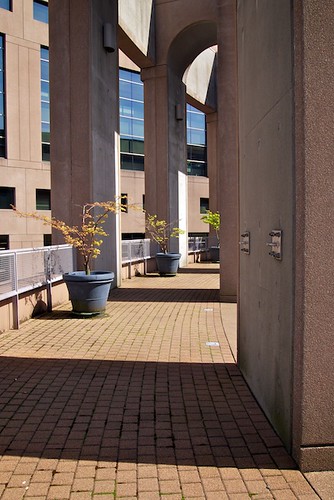 Over the next three years the library has significant plans: 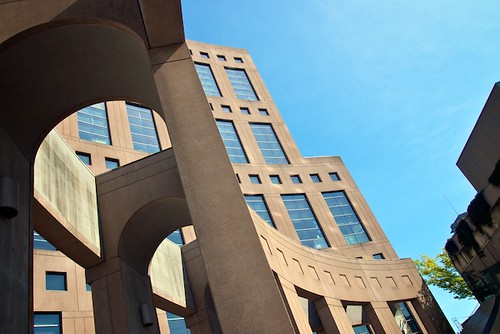 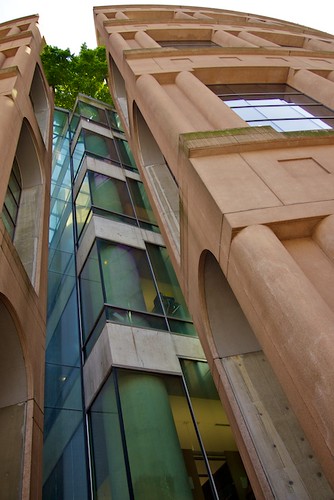 Chief Librarian, Sandra Singh says that VPL has an extensive network of fee-free public spaces across the city — 22 in all offering more than 500,000 square feet of space — but roughly half of its branches are still closed two days a week and many are closed in the evenings. You can read the full strategic plan outline on the Vancouver Public Library website and follow them on Twitter @VPL for news, special events and announcements, and information.