The Museum of Anthropology (“MOA”) is launching a groundbreaking exhibit this month called “Safar/Voyage: Contemporary Works by Arab, Iranian and Turkish Artists”. This is a collection of 16 contemporary works from some of the world’s most celebrated artists from within the Middle Eastern region. 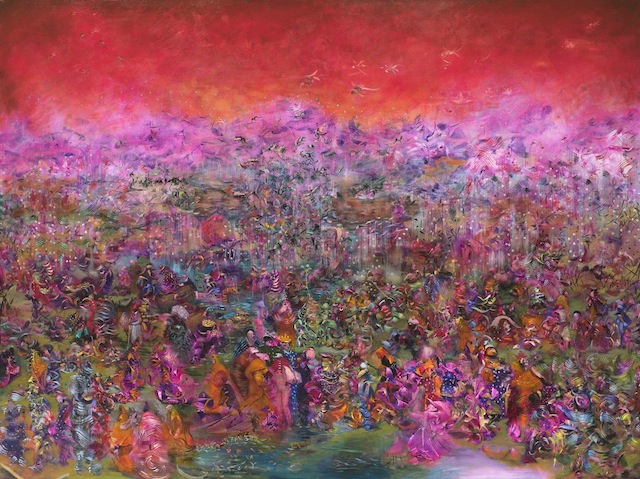 The Merchants by Ali Banisadr

Safar/Voyage will be the first major exhibition of contemporary art from these regions to be shown in Vancouver. It is constructed as a journey in the company of 16 artists, each of whom is neither fixed inside the territories of the Middle East nor permanently diasporic. These artists define themselves and the world according to their own creative representations, often informed by culturally specific conditions.

The exhibit, curated by former MoMa curator Dr. Fereshteh Daftari, expresses the universal themes of voyage and journey. The exhibit’s journey through geographical, emotional, existential, and spiritual voyages, acknowledges the realities of war, revolution, and diaspora conditions, as well as the engagement of these artists with cultures outside of the Middle East.

The exhibition will foster thought-provoking dialogue coupled with a deep appreciation and understanding about a culture and region of the world that – despite their constant presence in news and media – are simplified, reduced, and misrepresented in most North Americans’ conceptions.

Safar/Voyage: Contemporary Works by Arab, Iranian and Turkish Artists will run April 20, 2013 until September 16, 2013 in the MOA’s Audain & O’Brian Galleries. There will be a public opening on April 20th from 7:00pm to 9:00pm. The Museum of Anthropology is located at 6393 N.W. Marine Drive at UBC.