Better Together is a non-profit online community forum (in partnership with the BC Dairy Association and the Ministry of Health) that celebrates family togetherness at mealtimes and on May 1st, they’re launching their 4th annual Hands-On Cook-Off.

The purpose of this social forum is to encourage people to cook and eat together, as the research shows that children and adults who eat together enjoy many important benefits-school performance, better health, social skills, etc. The contest is a fun way to get this message out.

To enter the Hands-On Cook-Off, submit a 3 minute video (or less) of two or more people teaming up to host their own cooking show, making a favourite recipe. Participants in the video should be either of two generations (enter in the Multigenerational category) or at least two youth (enter in the Youth category). They can be preparing breakfast, BBQ, pizza, salad, snacks, or any other home-cooked food.

The contest will be open for entries from May 1, 2013 to June 2, 2013 and then the public will be able to vote on their favourite videos. There are some great cash prizes to be handed out on top of hundreds of dollars in grocery gift certificates. Winners will be announced in each category as well as a public vote/people’s choice category. All videos that don’t win any of the other prizes will be entered in the random draw to win a $500 grocery gift certificate.

We’re getting the word out now so that you can be sure to enter during the contest period and have your video presentation down. See the Better Together website for full contest rules, regulations, and prize information. 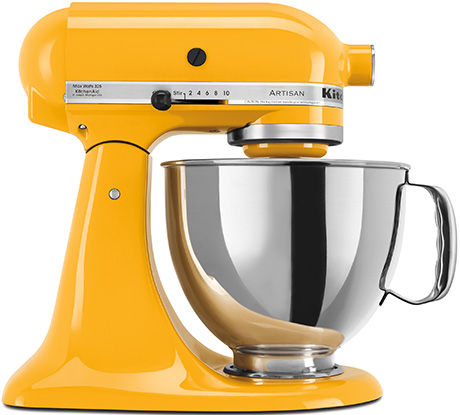 To spread the word about the contest, Better Together has offered up another awesome prize just for one lucky Miss604 reader — a KitchenAid Artisan Mixer (like the one my grandmother had in her kitchen, but brand new of course).

Here’s how you can enter to win the mixer thanks to Better Together’s Hands-On Cook-Off:

Check out the @bettertogether #handsoncookoff contest + RT to enter to win a KitchenAid Mixer from @Miss604 http://ow.ly/kmpz0

I will draw one winner at random from all entries at 12:00pm on Wednesday, May 1, 2013. Prize may not be exactly as shown in image above. Follow Better Together on Facebook and Twitter for more information about their family, food, and fun campaigns.

Update The winner is @rainstorm3!