It was in March of 1921 that the Capitol Theatre opened at 820 Granville. The movie palace was massive for its time (the silent movie era) with 2,500 seats. It had a grand marquee and it’s where legendary theatre manager Ivan Ackery got his start in the business as an usher. On opening night of the Capitol Theatre, March 12, 1921, famous silent film star Wallace Reid, once billed as “the most popular screen idol in America,” burst through a paper screen singing and dancing to great applause. With a blare of trumpets, the Capitol Theatre Orchestra presented an overture, and Mayor R. H. Gale took the stage stating what a great day it was for Vancouver’s progress. Before the “photo-play” began, he hoped the evening would “provide a clean and uplifting picture.” It was probably an earnest wish. The upheaval of the previous decade with the First World War, the Spanish flu epidemic, and housing shortages was fresh in people’s minds, and the evening must have made for welcome entertainment for the 2,076 Vancouverite’s in attendance. The Roaring Twenties were ready to roar. [PSTOS]

Ivan Ackery went on to manage the Orpheum and he was kept on his toes by the Capitol’s manager Charlie Doctor as each constantly tried to out-do the other with stunts and showcases. This was the heyday of movie houses on Granville. 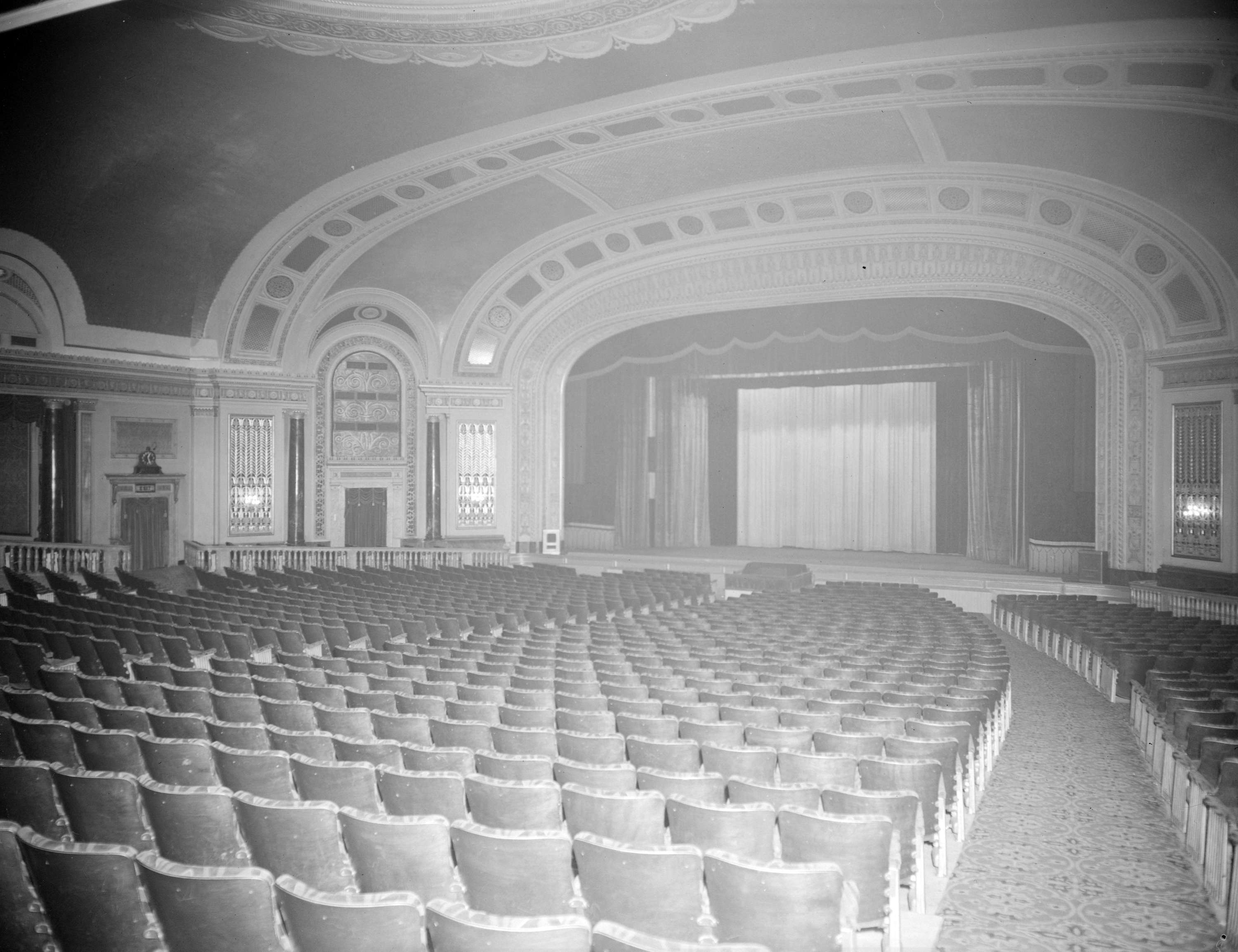 When the Capitol theatre premiered the Elvis Presley film Love me Tender in 1956, Doctor invited all Vancouver citizens with the last name “Presley” to attend the film’s premiere for free. The publicity for the Love Me Tender opening hosted by radio DJ Red Robinson made for a lineup of excited teenagers that extended down the block. [PSTOS]

It wasn’t until 1977 that the Capitol was converted to a multiplex cinema, it was the first movie house with more than 3 screens to appear in the Lower Mainland. The grand marquee was gone. Escalators ushered you in off Granville and looped you around to the screens on the Seymour street side of the building. 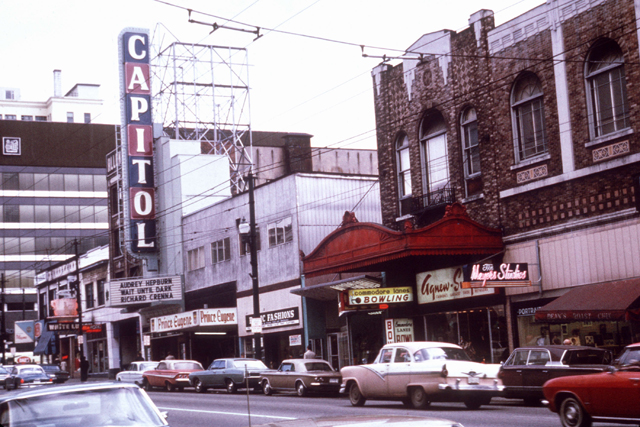 It was a beacon for a new type of theatre experience that would only last until 2005, but it was pretty amazing that it survived that long, in some form, given the evolution of the area. All around the Capitol, things were changing on Granville and other theatres on the block were converted to bars. From The Puget Sound Pipeline: “Liquor licences now hang where movie posters used to be. In the buildings where the warm hum of the Wurlitzer organ echoed, the sound of a DJ’s redundant beat plays out onto the sidewalk.”

After demolition and re-build, the front location of the Capitol on Granville is where Quicksilver and Urban Outfitters are today and around the back, it’s the VSO School of Music, the Orpheum Annex (which I hear is a beautiful venue) along with a residential tower and Dunn’s on street level. It hasn’t stood the test of time like the Orpheum, but the Capitol is still a venue and a legacy, in the heart of our entertainment district, that is worth remembering and celebrating.

Also on Miss604.com
« Five Hole For Food in Austin with HootSuite
Vancouver Photos of the Week: SeaBus »