Hollow Tree in Stanley Park has been the main focus of tourist photo ops for the last century. Images of cyclists, couples, and even cars (inside the tree) come up often in my search of the Vancouver Public Library and Vancouver City Archives. However, when I search for recent photos, like in the Miss604 Flickr Pool, there are far fewer results. Perhaps it’s no longer considered an anomaly or it’s just in a part of the park (along Stanley Park Drive) that locals don’t reach often. Whatever the case, I still wanted to profile our Hollow Tree as a Vancouver Icon: 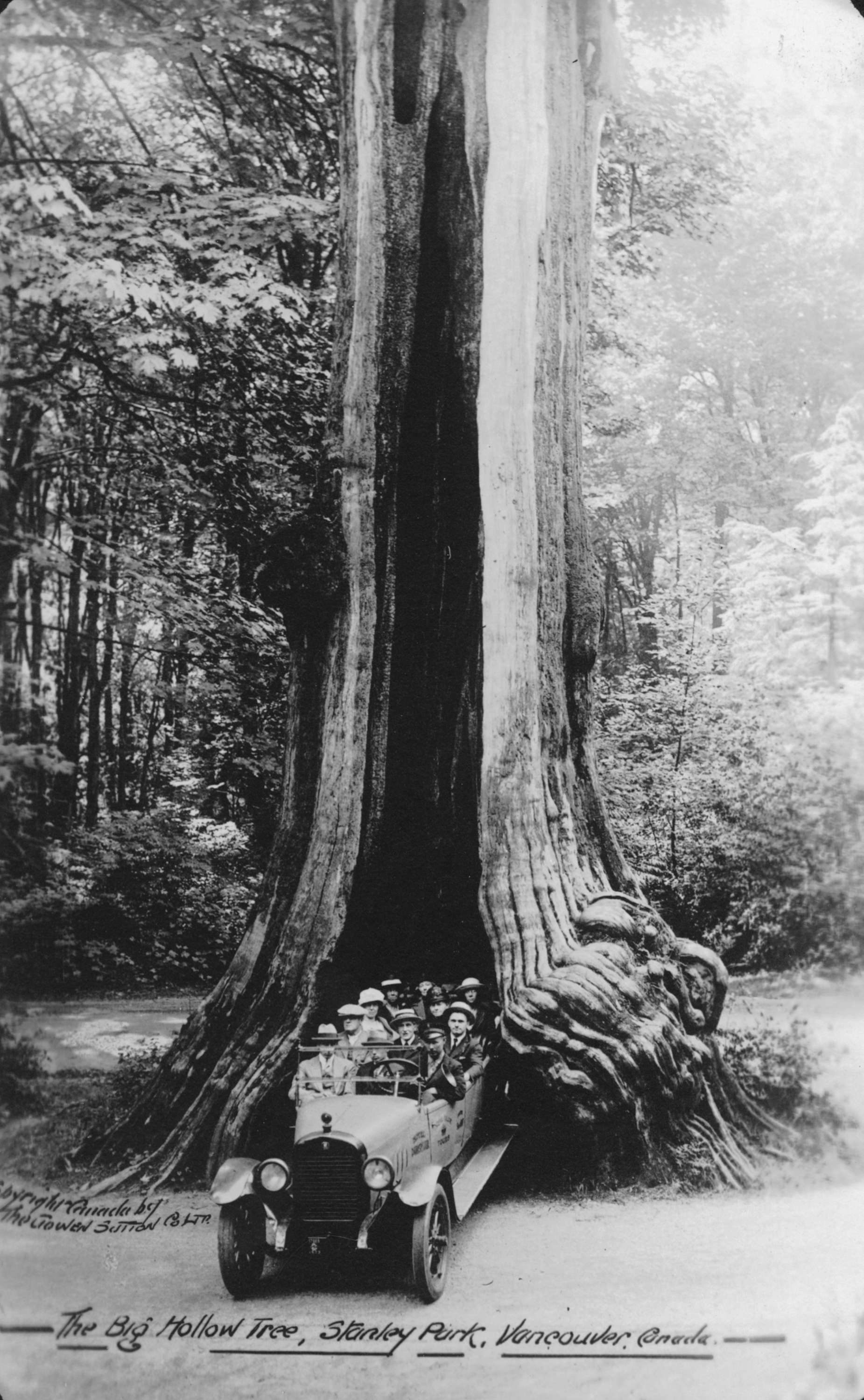 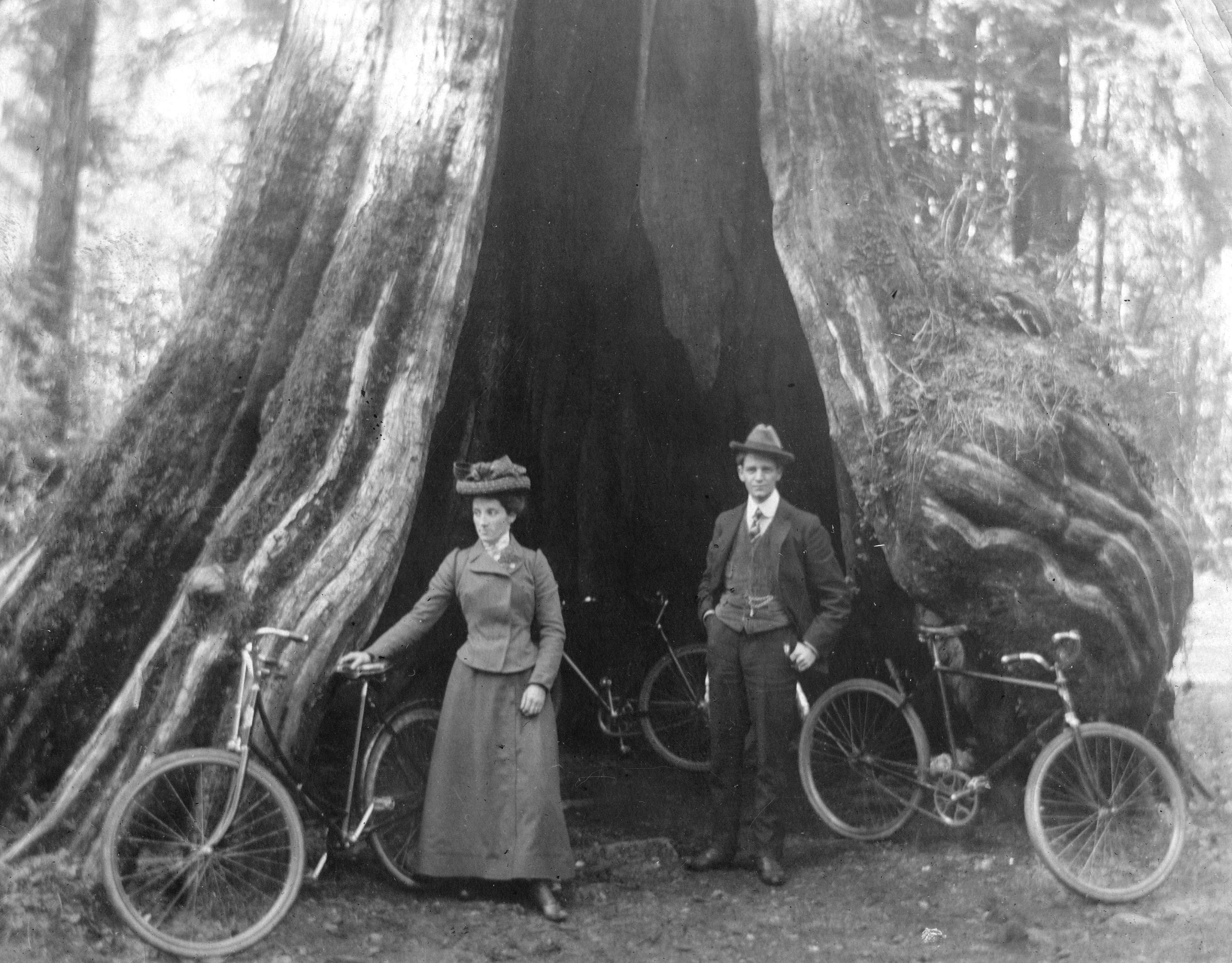 The Hollow Tree has existed on the west side of what is now Stanley Park for approximately 1,000 years. When the city of Vancouver was created in 1886 from the tiny logging village of Granville, the first elected city council made a motion to create Stanley Park at the first city council meeting. Shortly after, a road was constructed around the perimeter of the new park and it ran directly to the Hollow Tree and was curved around it. The Hollow Tree soon became a ‘must see’ attraction for visitors and new arrivals to the city, who invariably were urged to take the trip around Stanley Park. [Heritage Vancouver, 2009] 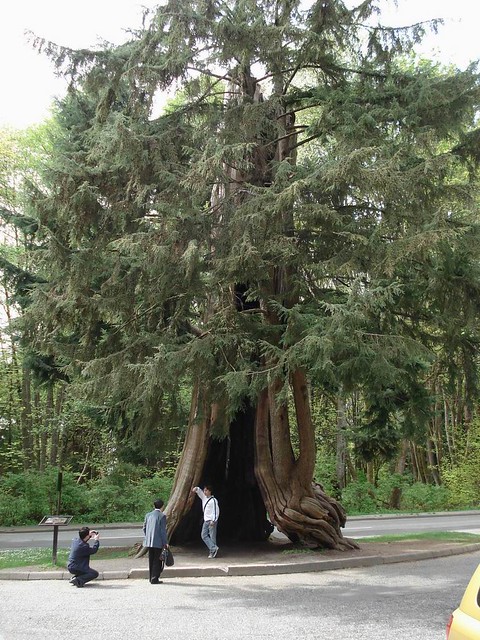 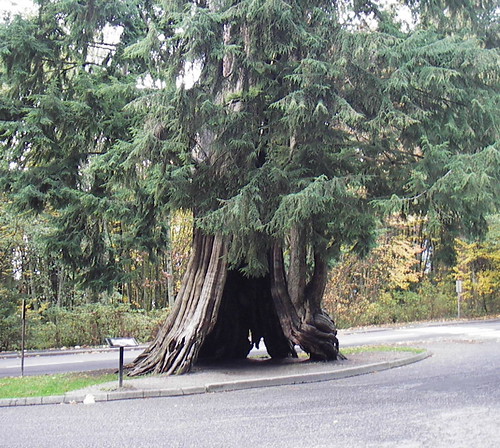 By 2008 the tree, which was as crooked as ever having withstood the elements (including a few fires) for centuries, was in shambles. There was a great debate about its future — and who would foot the bill to keep it around. 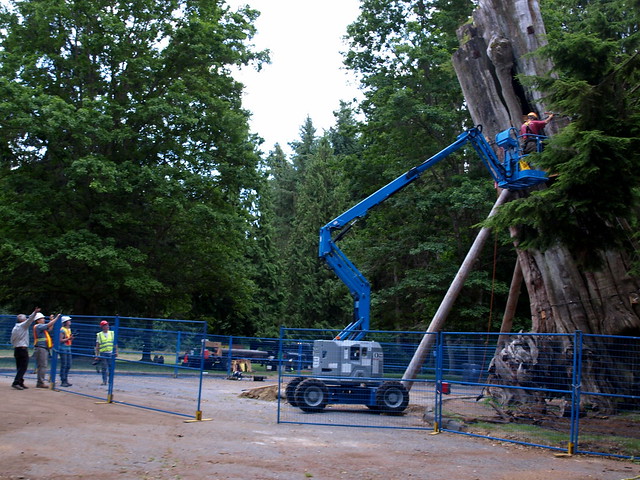 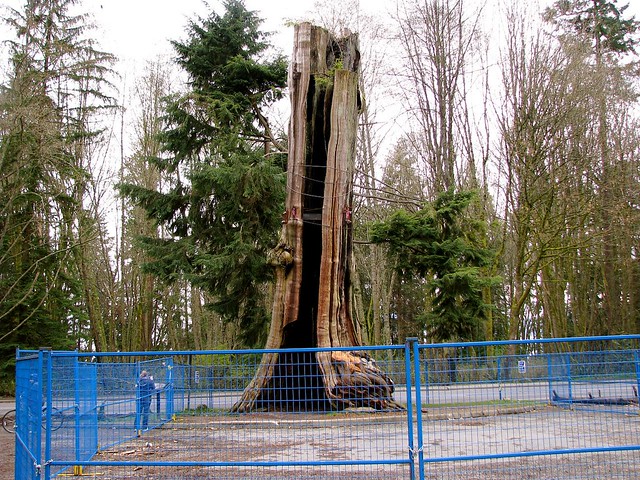 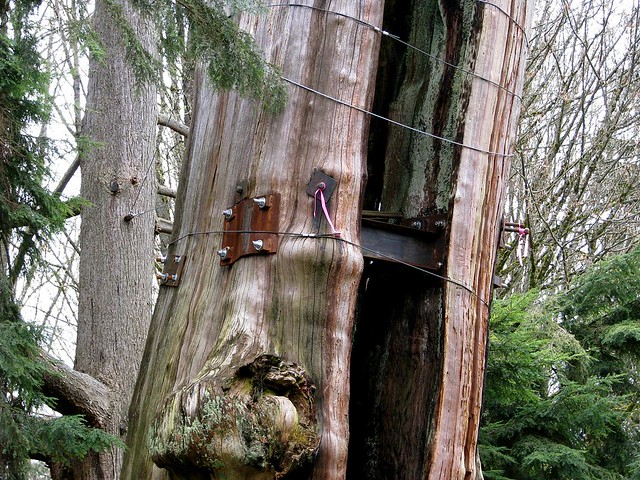 A slow degradation of the structural support of the soils at the base of the tree was exacerbated by the strain from the extreme wind storms of 2006 which devastated Stanley Park, and currently the tree lists at an 11-degree angle. The Vancouver Park Board, who manage Stanley Park, determined that the Tree presented a falling hazard to park visitors in its 2007 condition, and in April 2008, the removal of the tree was approved by the Board.

The Stanley Park Hollow Tree Conservation Society developed a conceptual design and performed much of the preliminary work to right the Hollow Tree and to brace it in perpetuity for future generations of Vancouver residents and visitors alike to enjoy with the same sense of wonderment, awe, and humbling perspective that 120 years of previous visitors have drawn from the Hollow Tree. After a great effort, as of December 31, 2009, the stabilization was completed. [Save The Hollow Tree]

Although merely a shell of what it once was, the Hollow Tree was propped up in 2011 and it stands tall today.

After a two-year campaign to raise the $215,000 privately to save the tree, hydraulic jacks were brought in to straighten it and place it on its new foundation. [CTV BC] 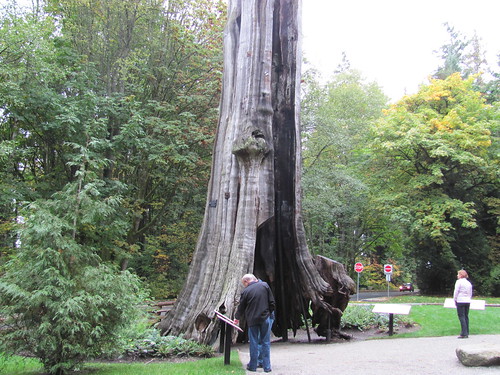 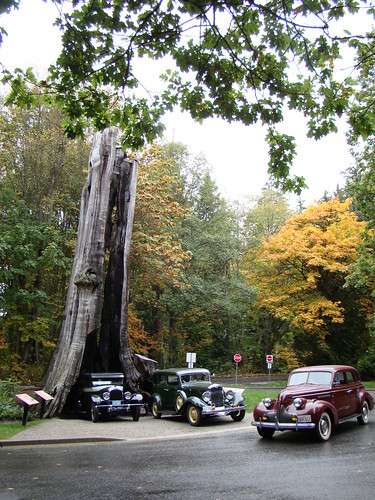 For more information about the Hollow Tree’s history and how it still stands today, watch a full length documentary online thanks to the Knowledge Network.