As an honorary member of BC’s Sherlock Holmes Society for the last 20 years, I’m pleased to announce that First Impressions Theatre is presenting the Canadian Premiere of Holmes & Watson Save the Empire from February 27th until March 16th in North Vancouver. 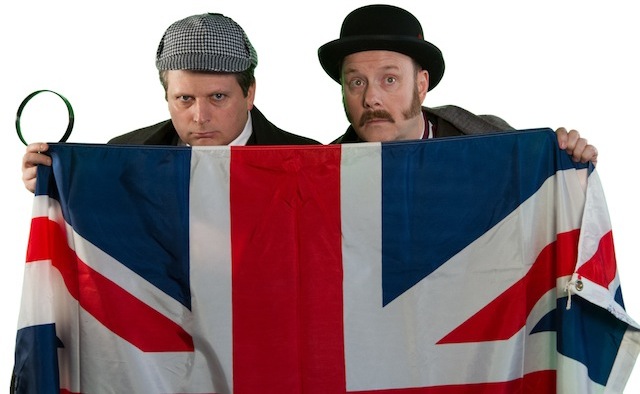 Once again the fate of the British Empire lies in the hands of the greatest crime fighting team in literature. Holmes and his faithful friend Watson have until midnight to solve the fiendish Moriarty’s deadly puzzle. Where is the QV2? What is Victoria’s secret? How on earth did Holmes end up on the stage of the Gaiety Music Hall? Who is the mysterious Nightingale of Nuremburg? And why is Watson wearing her dress…?

The show opens on Wednesday, February 27, 2013 and will run Wednesdays to Saturdays at 8:00pm until March 16, 2013. Tickets are available online and are $18 for adults, and $16 for students and seniors (plus applicable taxes or fees). The Deep Cove Shaw Theatre is located at 4360 Gallant Avenue in North Vancouver.

If you would like to check out this charming production, I have a pair of tickets to give away for the performance on Thursday, February 28, 2013. Here’s how you can enter to win:

RT to enter to win tickets to see @FI_Theatre’s Holmes & Watson Save the Empire from @Miss604 http://ow.ly/hTTYR

I will draw one winner at random from all entires at 12:00pm on Monday, February 25, 2013. Follow First Impressions Theatre on Twitter and Facebook for more information about this production and their other shows throughout the year.

Update The winner is Andy C.!