Today’s Vancouver Icon photo feature subject can be found near the western tip of Harbour Green Park in Coal Harbour. Commonly known as the “crooked house on stilts”, LightShed by Liz Magor was installed in 2004 and was a gift to the city. Constructed mostly of aluminum, it is based on the shape of an old boat shed and at night it glows softly from the inside out: 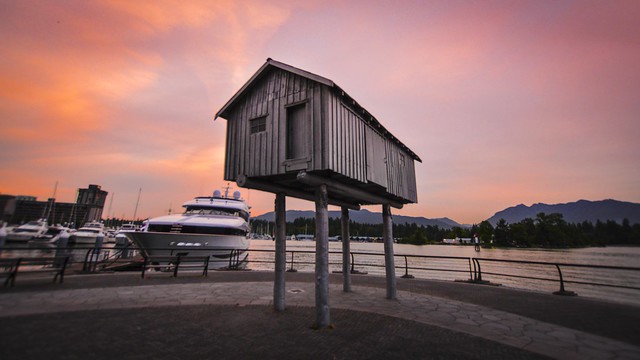 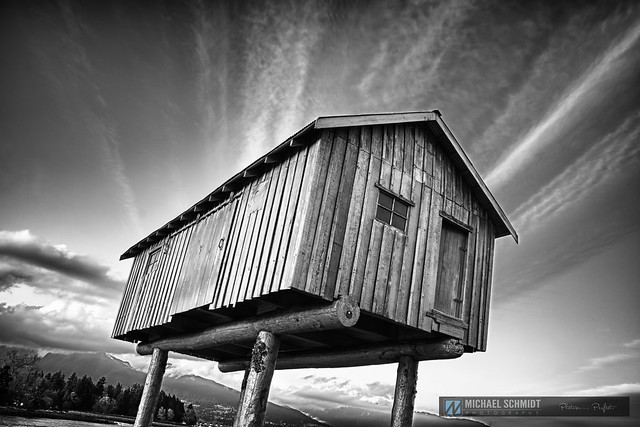