False Creek today flows in and out of English Bay, ending with the waterfront walkway at Science World. In the early days, through grasslands and a network of creeks and streams, False Creek soaked all the way back to where Clark Drive runs now. 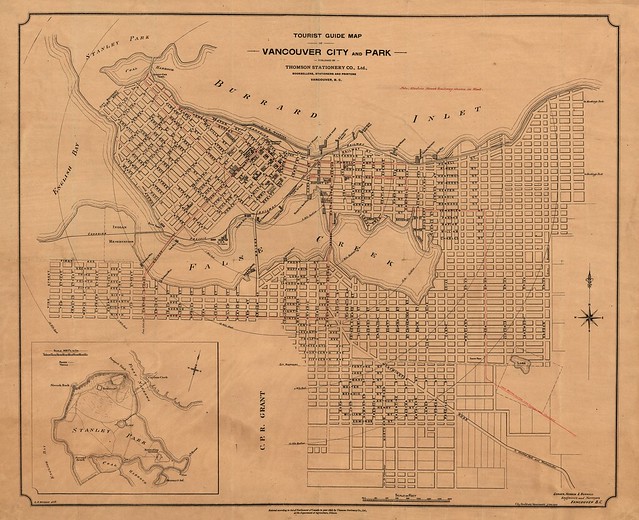 The False Creek back-fill began around the time of the first World War, with railways and roads from New Westminster to Vancouver being the top priorities. Main Street, the route from New Westminster that came down from Kingsway, had a bridge across the flats. When the train station was built even more of the creek was filled in. 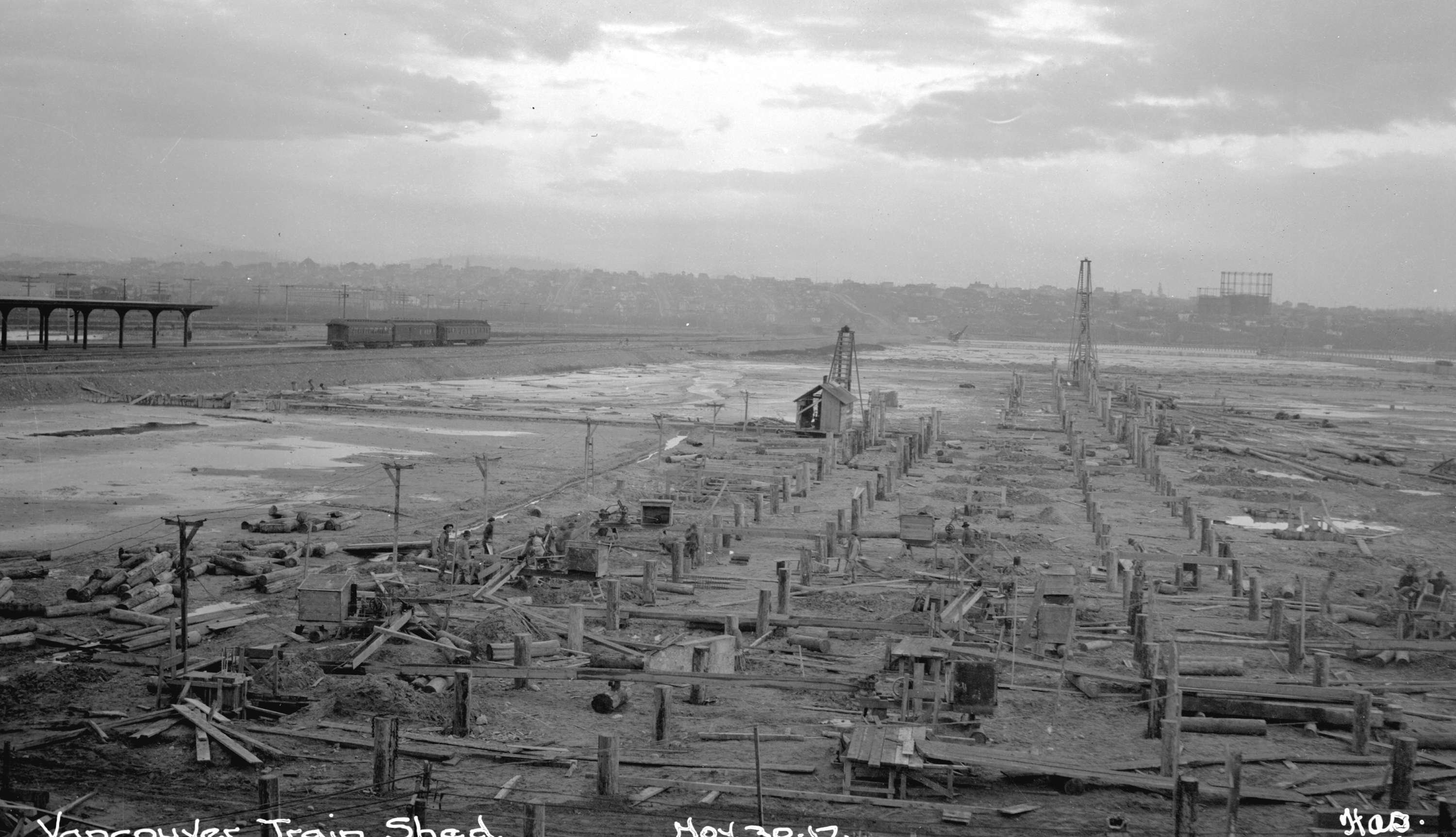 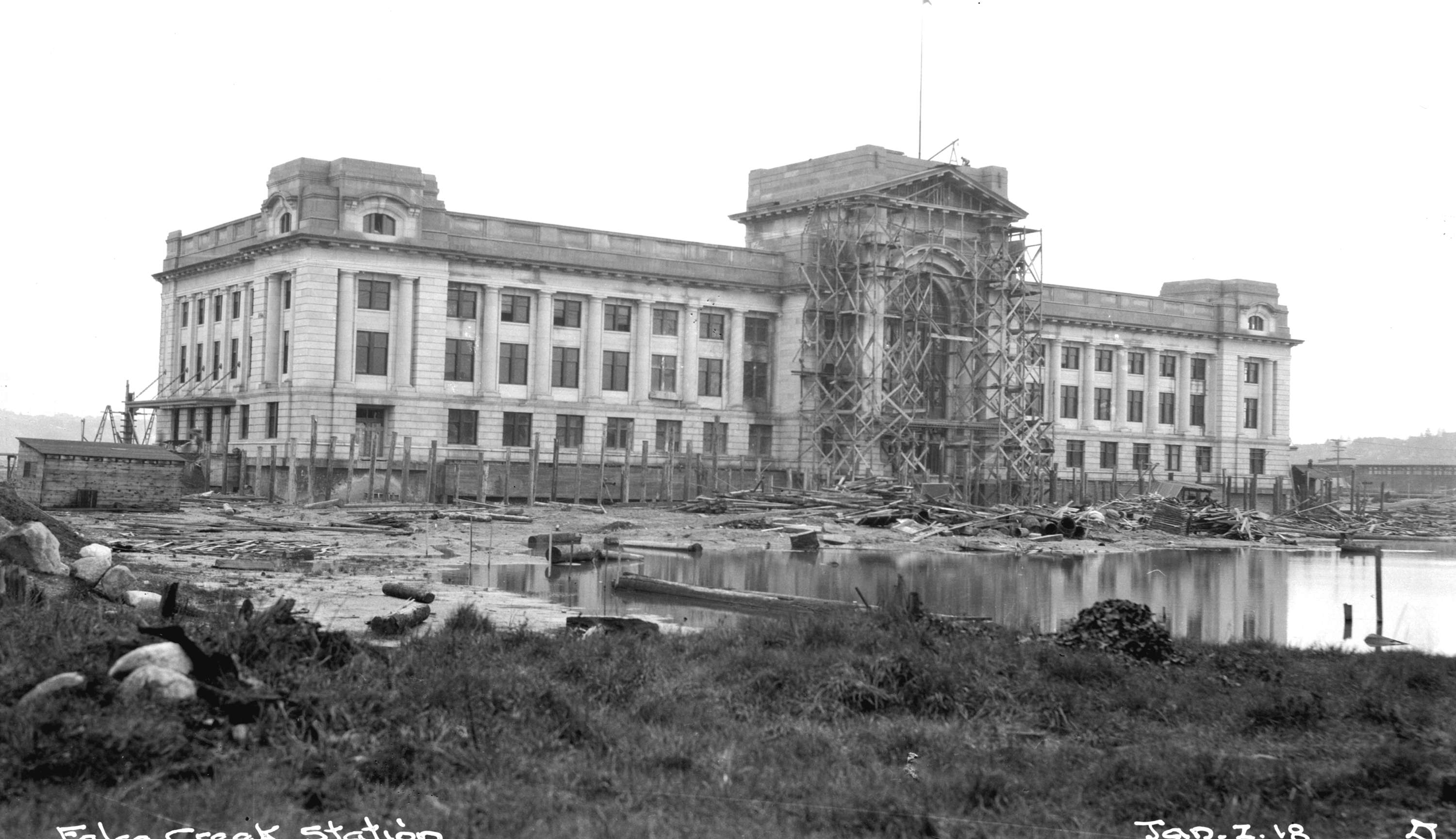 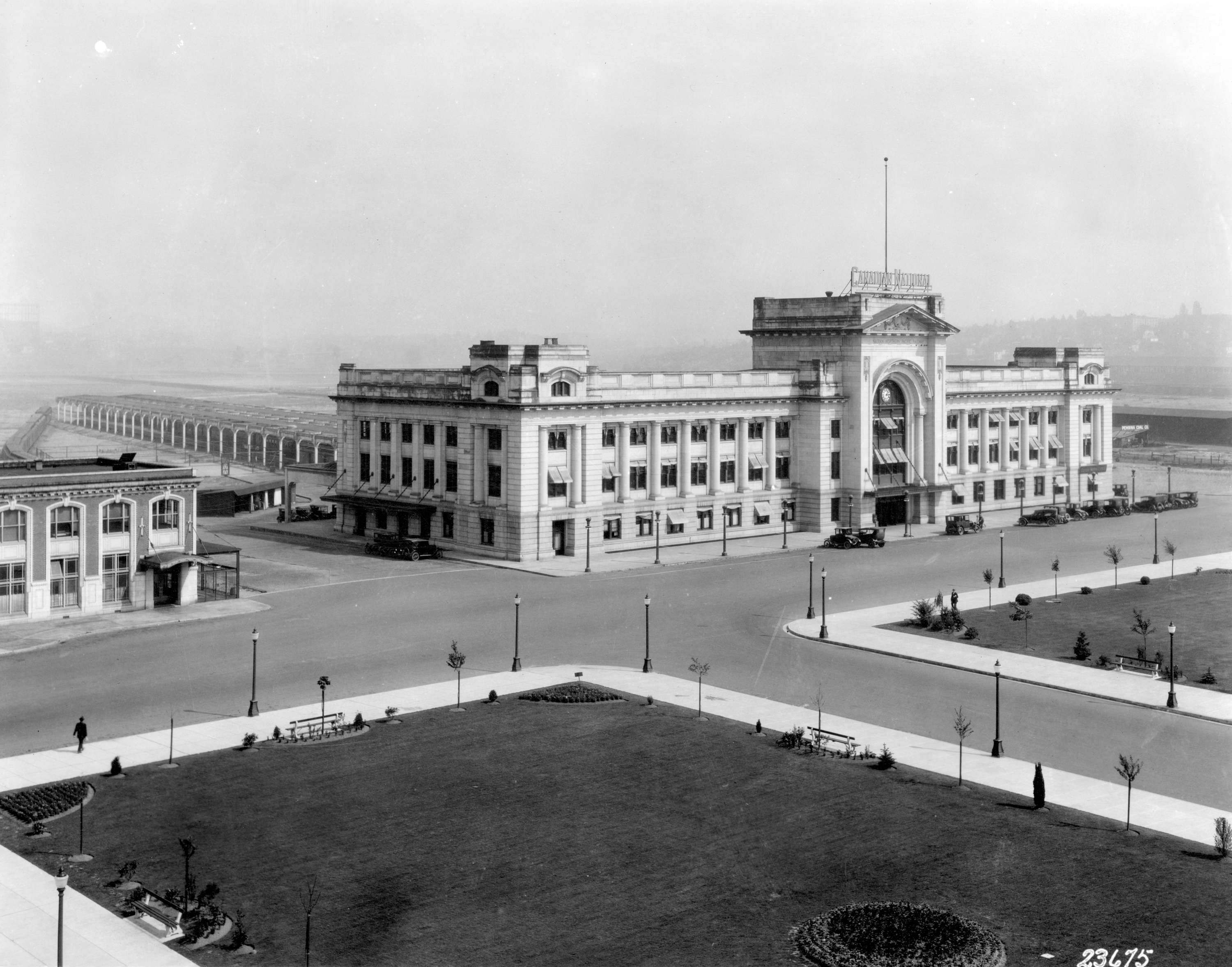 Try to imagine, underneath streets of East Vancouver, a small river, with at least eight major tributaries, pulsing nutrient-bearing salmon in ancient cycles throughout a vast area of forest and marsh bounded by East 41st on the south, Grandview Highway on the north, and the hill country around Victoria Drive on the east.

The little river ended up with the delicate-sounding name of China Creek, and its estuary used to be in the vicinity of Great Northern Way and Clark Drive. Back then there was a broad, shallow arm of the sea where the railyards are now. Terminal Avenue runs through the middle of a place that was once watery and alive with sturgeon, oolichan, flounder, salmon, crab, mussels, and clams. [Georgia Straight] The False Creek Flats turned into industrial land and also contained a landfill near the China Creek area until the 1930s.

August 21, 1938: The Province published a letter to the editor from one signed Waterfront: “Sir: Why is there all this fuss and trouble about the garbage dump on False Creek Flats? I fail to see how anyone can approve discharge of refuse in the heart of the city, even if it is in an industrial area. There are thousands of people living close to the flats and this ill-smelling property is at their very back doors. Why does Vancouver fail to follow the example of many large eastern cities which tow their garbage out to sea and dump it? … Let’s see if our garbage can’t be dumped far out in the Gulf of Georgia. That’s where it belongs.” [Vancouver History] Among the snaking rail lines, box-shaped warehouses, the viaducts and the SkyTrain line, residential development is happening in a few key areas along with growth on Great Northern Way. They’re still the “False Creek Flats” and the future of the area in general is almost constantly up for discussion.