Nestled between the residential towers of the West End you can spot a few heritage houses that have endured for decades. Some converted to apartments or businesses, others preserved in time like Roedde House. One that sticks out, with no other heritage houses remaining in its immediate vicinity, is Abbott House at 720 Jervis Street between West Georgia and Alberni. The rich built their homes on the bluff above Coal Harbour where Morton had built his cabin. West of Burrard, Hastings turned into Seaton Street, which was known as Blueblood Alley. But the bluebloods soon left for the West End, and then Shaughnessy. Only one Blueblood Alley mansion remains, Henry Abbott’s home at 720 Jervis. [Vancouver Sun] 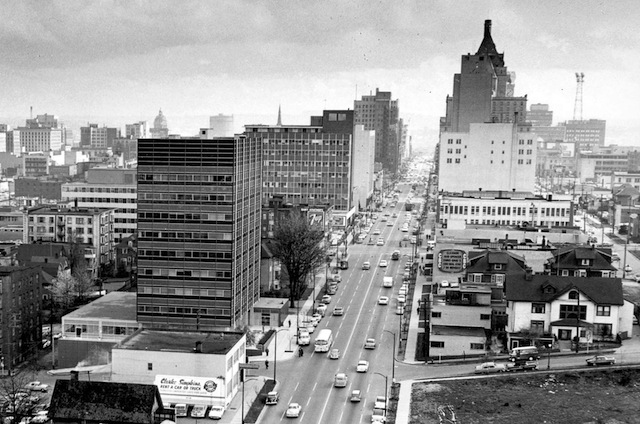 Henry Braithwaite Abbott (same namesake as Abbott Street) had his house built in 1899. He was an executive with the CPR who was present in Craigellachie, BC when the last spike was hammered in to complete Canada’s first transcontinental railroad. He was also on the first train from Montreal to Port Moody with Lord Strathcona [source: Vancouver History]. The house (now painted “CPR Red”) has undergone transformations over the years, it was even the original home of the Elbow Room Cafe until 1996. If you do a search for its address you’ll find that it has apartments which are a part of the Residences on Georgia development.