Richard Wolak from Vancouver Foodster has officially crowned a winner in his Best Burger Challenge. From November 5th until November 30th he had 29 restaurants (and a food truck) throw their hats in the ring and the final choice was made by the public through a vote that took place November 28th to December 3rd. 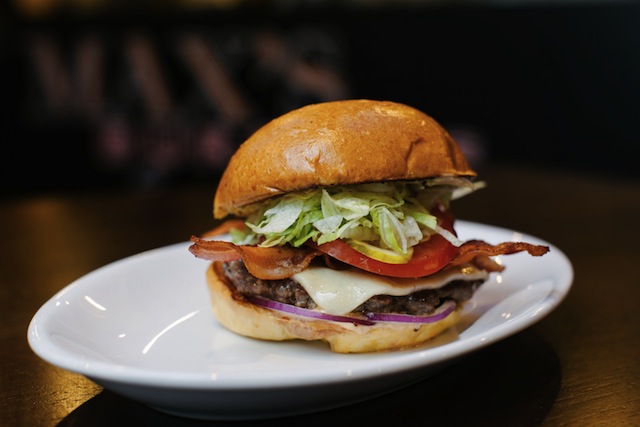 “Burgers are one of those menu items that are popular in many restaurants in our area,” Richard told me. “Yes we are often known as a healthy city, but I see it as balance, people who are working out also want to treat themselves to a burger. The challenge gets people out to try new burger creations that either haven’t been on their favourite restaurants menus or gets them out to try new restaurants and the burger creations that they are featuring.”

Richard said that aside from promoting local eateries and engaging the public, the challenge actually had a major impact on the way that one competitor did business. Max’s Burgers (1st place) previously used Alberta beef. For this challenge they came up with “The Local” burger and used grass-fed local beef from The Honest Butcher. “Almost every customer began ordering “The Local” and paying a higher price as this was their most expensive burger on the menu. Within two weeks they decided to change the entire beef supply moving strongly in a more local sustainable direction, and now all their beef is being purchased locally, totally changing the way they do business and service their customers.”

This is actually Richard’s third food challenge, having hosted his own Best Beef Burger and Fries Challenge, a Poutine Challenge and a Pancake Challenge earlier this year. “The chefs enjoy being challenged and it also challenges the servers and the rest of the staff creating a camaraderie of sorts which energizes the whole team and increases sales for their respective restaurants.”

You can read full descriptions of each winning burger on Richard’s site and also find out who he personally named Best Beef Burger last year. Follow Richard on Twitter to learn more about his upcoming events (like Food Talks and Tasting Plates) and explore more of the delicious food this city has to offer.

Share6
Tweet2
Share
Pin
Email
Reddit
WhatsApp
8 Shares
Current Contests on Miss604
*All contests are open to residents of Canada only, unless otherwise stated. Contest timelines are published on each individual post along with entry methods. Some contests may only be open to those 19 years of age and older. Winners are announced on the contest blog posts. Contest policy »