Back in October the Vancouver-based television talk show Urban Rush got an overhaul as beloved long-time hosts Michael Eckford and Fiona Forbes went national. The show’s name changed to simply The Rush and it got bumped up on Shaw and Shaw Direct with national and local segments. The biggest change was probably in the way that the show is presented — and interacted with as they started live streaming the broadcasts online.

Using LiveStream, Mike and Fiona answer questions in real-time as well as gather questions for guests through the stream’s chat, Facebook and Twitter. This feed doesn’t stop at any point in the show, sharing a full behind-the-scenes look at the show’s production.

“The live stream has been really interesting because we sort of knew what it was, we’ve seen it in use before but television has always been sort of a one-way passive media. That’s the way everybody thinks and that’s the way that it’s alway been done and so it shall be in the future,” said Mike as we (fittingly) chatted over Skype for this interview.

It’s been a game-changer for the hosts as well as the audience who can now ask questions to guests. Fiona says there’s even a core group of audience members that pop up for each show, some from as far away as Finland, Germany, France, Ireland, all over Asia and from Africa.

Having the live stream not only adds a new layer to the show’s format, it also provides even more content. Fiona told me that she loves the spontaneity of it all. “It’s been really cool to have the audience join in. Sometimes we take questions during the interview and other times we kind of do bonus footage or interviews during commercial breaks to get extra footage. We’ll open it up to different topics — random things the audience is curious about.”

With local audiences growing to national and international viewership has not stopped the show from celebrating its local roots. Both hosts grew up in the area and were pleased that with the switch, they wouldn’t have to lose their Vancouver touch.

“It’s where we are, it’s who we are,” Fiona said. “We want to reflect that but also make it applicable to the rest of the country. It is Canadian content.” Mike said that supporting the community is still key and talking about Vancouver, while being in Vancouver is what helps the most. 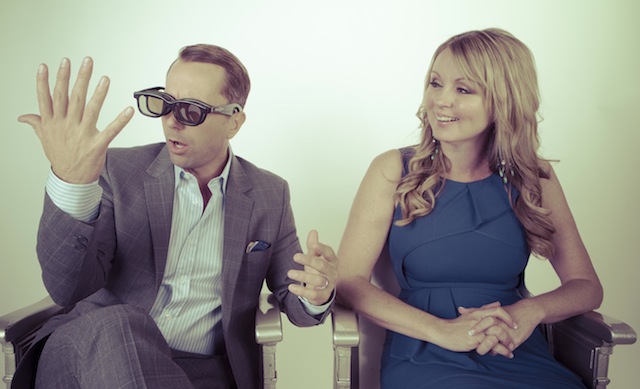 Photo courtesy of The Rush

With social media playing such a big role in their hosting duties, it was a bonus that both have been using Facebook, Twitter, Instagram, and other networks for quite a while. “I’m not sure we could have jumped into it the way that we did without being a little bit nerdy on our part when it comes to social media,” Fiona laughed. She added that they both love social media anyway so it was a natural fit as far as opening the door to the audience and striking up that interaction.

“It’s still just talking to people,” Mike added. “It’s still letting people know you and getting to know other people as well. Part of it is we’re pretty social people anyway just in terms of our job so even though it is using new technology in a certain way, it’s still the oldest art form in the world, which is a conversation.”

Catch The Rush weeknights in British Columbia, Alberta, Saskatchewan, and Manitoba on Shaw and in Ontario on Shaw Direct (check local listings for exact channels and times). Taping takes place between 12:00pm and 2:00pm Pacific and this is where you can hop on the LiveStream and follow the day’s topics on Twitter. Episodes are archived on LiveStream and online.