The OPUS is Vancouver’s premiere boutique hotel and is a pillar of the Yaletown community. From its nightlife and cuisine, to perks for guests like discounts at local shops and in-room iPhones. 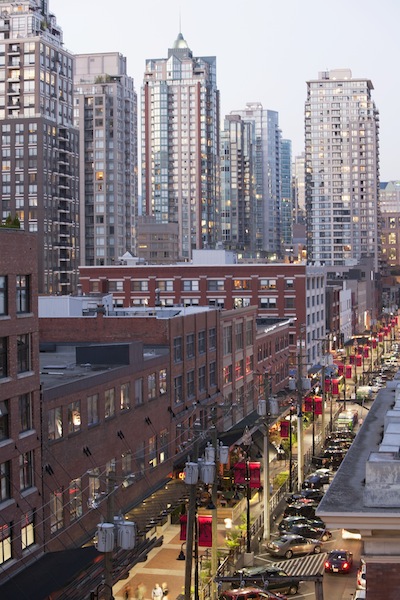 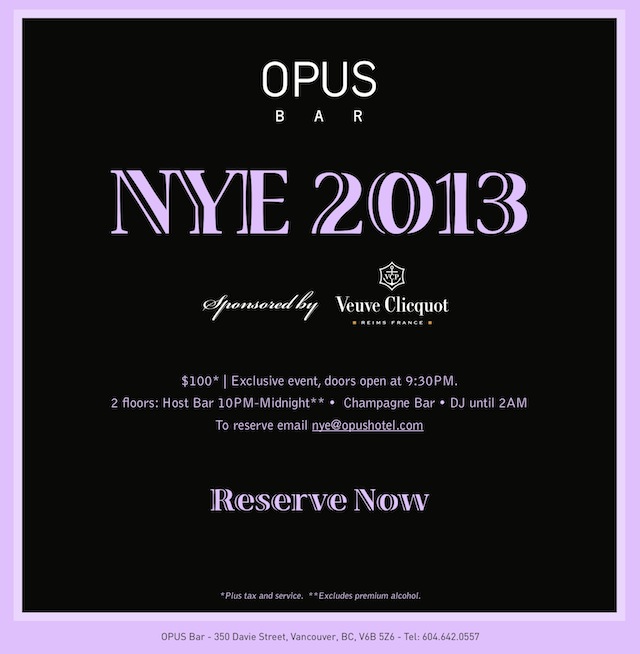 Once again OPUS Bar is hosting one of the hottest New Year’s Eve celebrations in the city sponsored by Veuve Clicquot luxury champagnes. Enjoy 2 floors of fun from 10:00pm to midnight and a champagne bar and DJ until 2:00am. Tickets are on sale now.

The OPUS wants to make sure one lucky Miss604 reader and their guest have the best New Year’s Eve possible so they offered up an amazing prize package that includes:

The total prize value is $699! Here’s how you can enter to win this fabulous night out in the city to ring in 2013:

One winner will be drawn at random from all entries at 11:00am on Friday, December 28, 2012. Must be 19+ to enter and attend. Please enjoy responsibly. Follow OPUS Hotel on Facebook and Twitter for more information about their rooms, amenities, special events, dining, and more.

Update The winner is Erica!