If you’ve ever exited the Olympic Village Canada Line Station and looked south or looped off the Cambie Bridge and onto West 6th/West 2nd then you’ve probably spotted the Centennial Rocket. Modelled after a rocket made for a 1936 PNE float, it was installed in 1986 and contains a time capsule to be opened 50 years after Expo 86. The Centennial Rocket is this week’s Vancouver Icon photo feature: 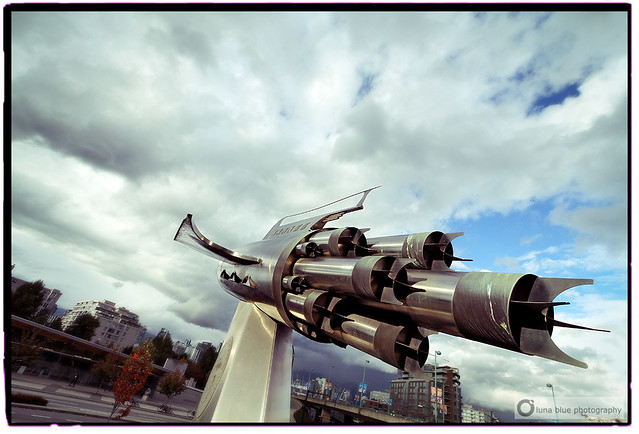 The design was originally created in 1936 for the Sheet Metal Workers Local 280 float for the Pacific National Exhibition Jubilee Parade on the occasion of the City of Vancouver’s 50th birthday. It was designed by Lew Parry and made into a sculpture, built by Neon Products, which was sited at the first Vancouver Air Terminal from 1939 to 1972 when it was scrapped because of rust. In 1985 the Vancouver Transportation Club and the Sheet Metal Workers Union 280 decided to build a replica to celebrate Vancouver’s 100th birthday. They located Lew Parry and he still had the original plans. This time the rocketship was built from more durable materials by Terminal Sheet Metal and the Local 280 metal workers. The Rocket was exhibited at Expo 86 and then donated to the city. It was moved by helicopter to it’s current site. A Centennial Time Capsule is housed in the base of the rocket, scheduled to be opened 50 years from 1986. It includes items such as an Expo 86 passport with stamps of all the pavilions and recorded messages from local celebrities and many other things. [City of Vancouver Public Art] 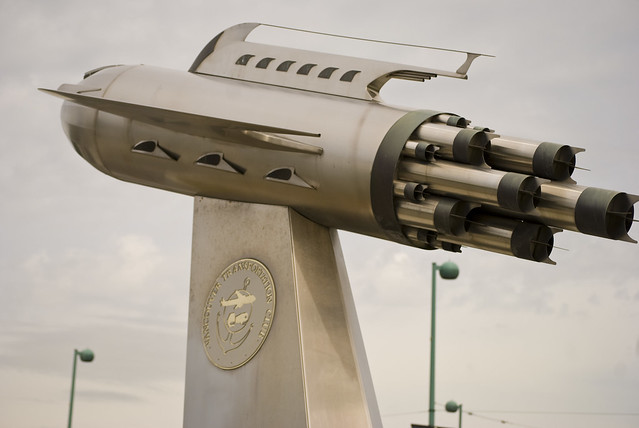 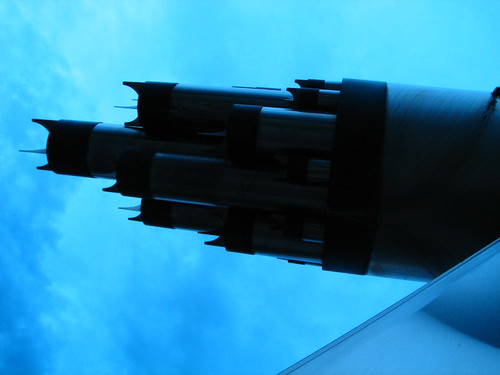 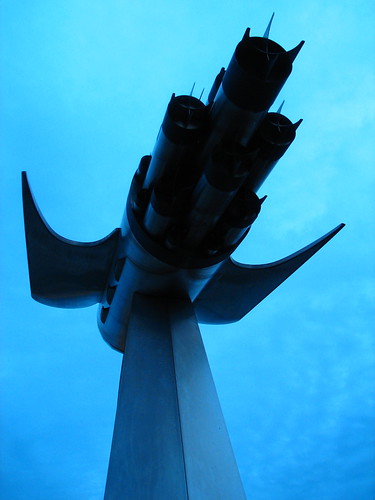 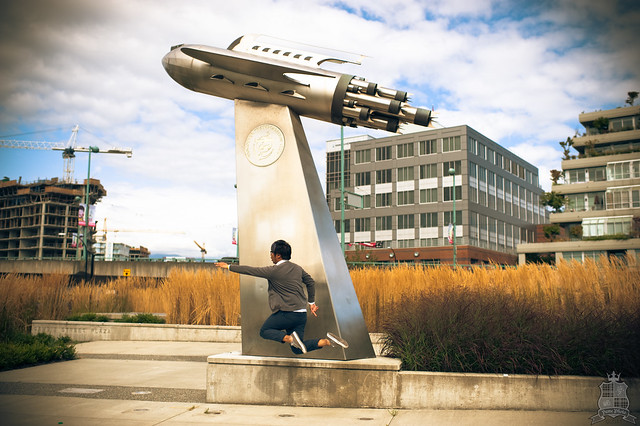 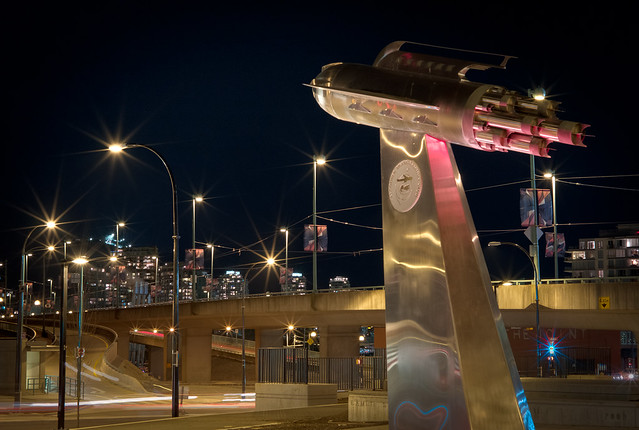