Although it’s prevalent in America, you don’t see much pre-sport game tailgating in Vancouver — that is unless you find the right group on BC Lions game day. “The point is to get together with friends before the game to celebrate and partake in the long time football tradition of the tailgate party, which includes cooking, partaking in a few beverages of choice and getting primed to cheer on the Lions,” says Brian Wawryshyn of the fan site BC Lions Den. 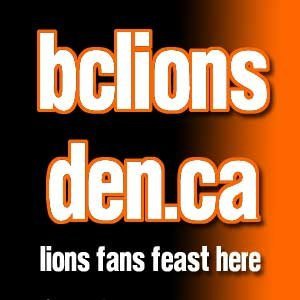 Although they have been tailgating in Vancouver for years, Tailgate Empire was formed two years ago when the team played at Empire Field out at the PNE during BC Place rennovations.

“It was there that we enjoyed some of our best tailgating, as the lot was right next to the stadium and a lot of fans go into it and started to participate,” Brian says. “As a salute to the history of the team we decided to call our group Tailgate Empire, and we’ve gone with that name going forward.”

Now that the BC Lions are back in BC Place, the party has moved. “It has always been a struggle to tailgate in Vancouver. For a few years we bounced around from lot to lot, but the problem is the stadium and the team don’t own any parking lots around the stadium. Those that do own the land decided they didn’t want it, mostly out of a lack of understanding of what we are about.”

Brian and his fellow fans successfully found a location partner and after a trial period and some negotiations, they are very pleased to work with Easy Park. Tailgate Empire now meets in their lot at Quebec and Terminal, right across from the Main Street Skytrain station.

If you love to tailgate (no matter your team) then all you need to do is show up to be a part of the “Empire”. Festivities usually get underway around 9:00am with breakfast and for the Western Final coming up this weekend, there will be much more going on.

The CFL’s Western Final will be at BC Place on Sunday, November 18, 2012 at 1:30pm. Follow Brian and the BC Lions Den fan site on Twitter and Facebook for more information.