After a disappointing 1-0 loss to the Portland Timbers at BC Place this afternoon, the Whitecaps‘ saving grace came from an unlikely place — our Cascadia rivals Seattle Sounders FC. We needed the 3-point finish at home but the second best result was for Seattle to defeat FC Dallas who we’ve been battling in the standings for the last few weeks. Seattle pulled through with a convincing 3-1 win which means the Whitecaps are going to the MLS playoffs.

#WhitecapsFC are in the playoffs!!!!!!! With Dallas losing, the ‘Caps secure their spot. Not how we wanted to get there, but we’ll take it.

The Whitecaps are the first Canadian team to ever make it to Major League Soccer‘s post-season (with Toronto FC and Montreal Impact missing the cut). While the news is great, the team feels they still need to step it up, especially when they face the LA Galaxy in their first playoff game November 1st.

Miller: “The spark was definitely missing tonight, which is really disappointing considering the magnitude of the game.”

Rennie: “I think it was the same when we played TFC in the Canadian Cup. The team didn’t perform. I thought that we’d got over that….

The club still has a regular season game left in Salt Lake on Saturday, October 27th then it’s onto the playoffs. We start on the road so we need to cross our fingers that we get back to BC Place for a game in November as that will be a 1-shot playoff match. If we win in LA then we advance to a home-and-away aggregate-goal format semifinal.

This is great news for soccer — Major League Soccer — in Vancouver. With incredible fan atmosphere at games, affordable tickets, family nights and promotions, and community involvement, hopefully we’ll get even more locals out to support our team this fall and again in the spring. 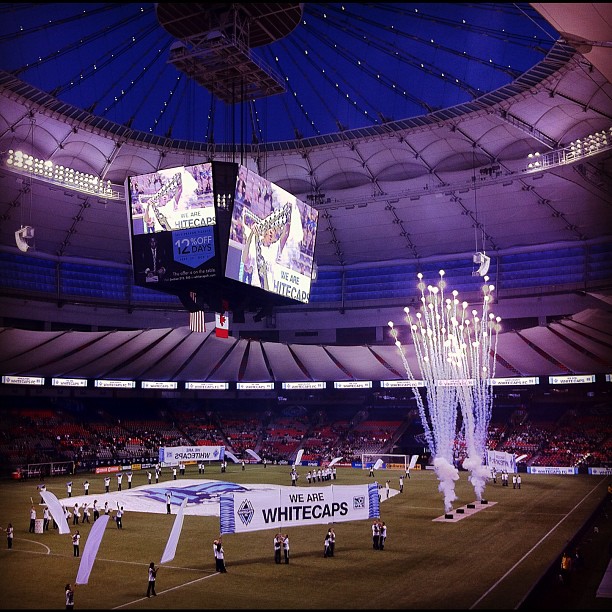