It was on this day in 1939 that Vancouver’s first aquarium opened, headed up by Dr. Leonard Klinck who was the President of UBC. According to Chuck Davis’ Vancouver History, it was “a tiny thing, dimly lighted” at the old English Bay Bathhouse and its main attraction was Oscar the Octopus. The aquarium’s first manager was Ivar Haglund, a folk singer from Seattle. 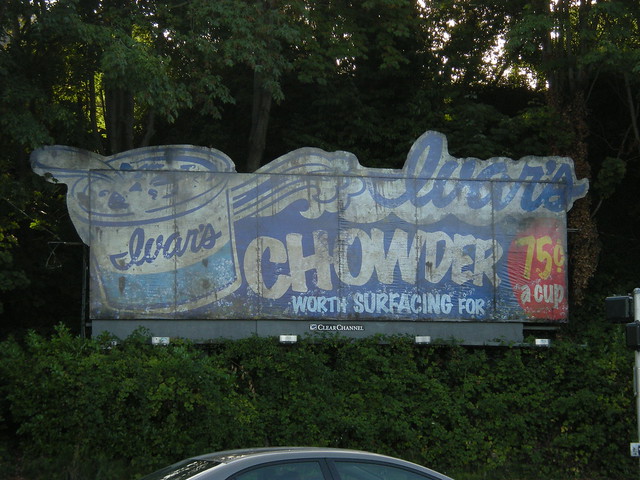 Ivar Haglund, Seattle character, folksinger, and restaurateur was known as “King of the Waterfront,” and also “Mayor” and “Patriarch” of the waterfront… He was also an amateur scientist of considerable wit and pedagogical charm. School children visiting his aquarium were both delighted and quieted by the tales he told and the songs he composed about the creatures in his tanks — characters like Barney Barnacle, Herman the Hermit Crab, Terrence the wood-boring Teredo worm, and Oscar and Olivia Octopus. [History Link]

Seattle’s first aquarium opened up in 1938, a year before Vancouver’s but both saw some of the same creatures in their tanks. I can’t find a single reference to Ivar being in Vancouver, aside from Chuck Davis’ accounts, but it does seem as though Oscar the Octopus drew crowds on both sides of the border. 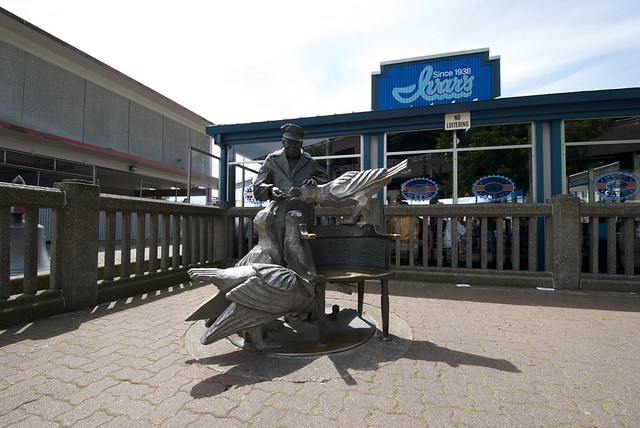 Back in Seattle, Ivar opened a fish & chips bar for hungry visitors at his aquarium, which didn’t last long so he went back to the drawing board and came up with Ivar’s Acres of Clams, which opened in July of 1946. Ivar’s is a Seattle staple to this day, with its pier location still going strong and sporting the slogan “Keep Clam”. From the Bellis Fair food court to Safeco and CenturyLink’s concourse concessions, Ivar’s clam chowder, fish & chips, and other seafood creations are classic Pacific Northwest fare.

By 1965, when [Ivar] began lofting fireworks over Elliott Bay every “Fourth of Jul-Ivar,” he was a legend. He became a radio personality and Puget Sound’s principal champion of regional folk music. In 1976, Ivar bought Seattle’s iconic Smith Tower. His escapades, publicity stunts, pronouncements, pranks, and excellent restaurants have become part of Seattle’s unique character as a city. Ivar Haglund died on January 30, 1985. [History Link] 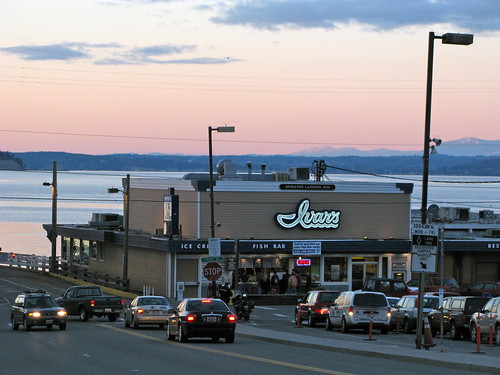 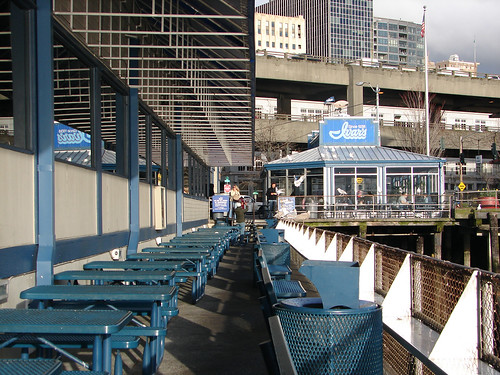 Ivar’s legacy lives on in Seattle through his restaurants and there’s currently talk of naming a new ferry after him. His time in Vancouver was brief, and mostly undocumented, but he’s a historically important neighbour to us on the coast.

As for the aquarium in Vancouver, the Vancouver Public Aquarium Association was founded in 1951 and it officially opened (as we know it today in Stanley Park) in June of 1956.