This afternoon Krista Rand sent me a message on Twitter with a photo of the Orpheum sign coming down. Many panicked at the news that the iconic neon beacon on Granville was being removed however it has been determined that it’s all part of a master plan. 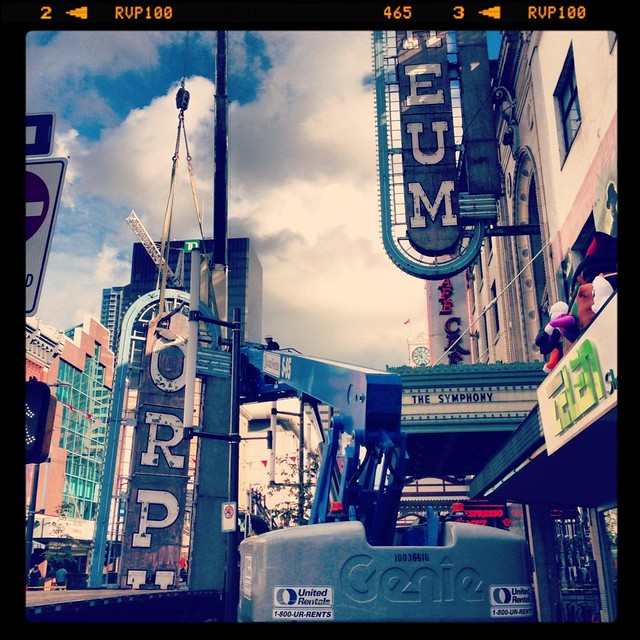 Since the Orpheum is run by the City of Vancouver, Heritage Vancouver wasn’t aware of the event but they posted on Twitter: “Will check – it’s a municipally designated structure though. This sign isn’t original to the 1927 bdlg.” They sent someone to check it out shortly after they were informed of this. 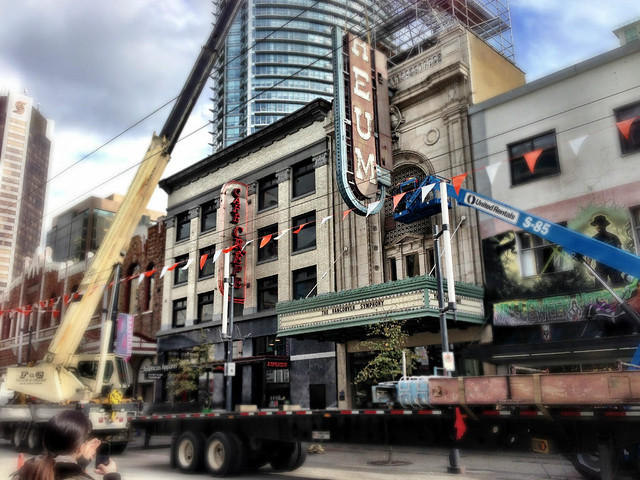 My first instinct was that it was being refurbished and that is somewhat the case. CFOX posted another image of the sign replacement on their Facebook account and one commenter said it’s just getting replaced (his buddy’s shop is working on the new piece). Vancouver City Councillor Heather Deal posted on her Twitter account as well: “Orpheum sign being replaced in time for 85th anniversary. Last bit of restoration project.” 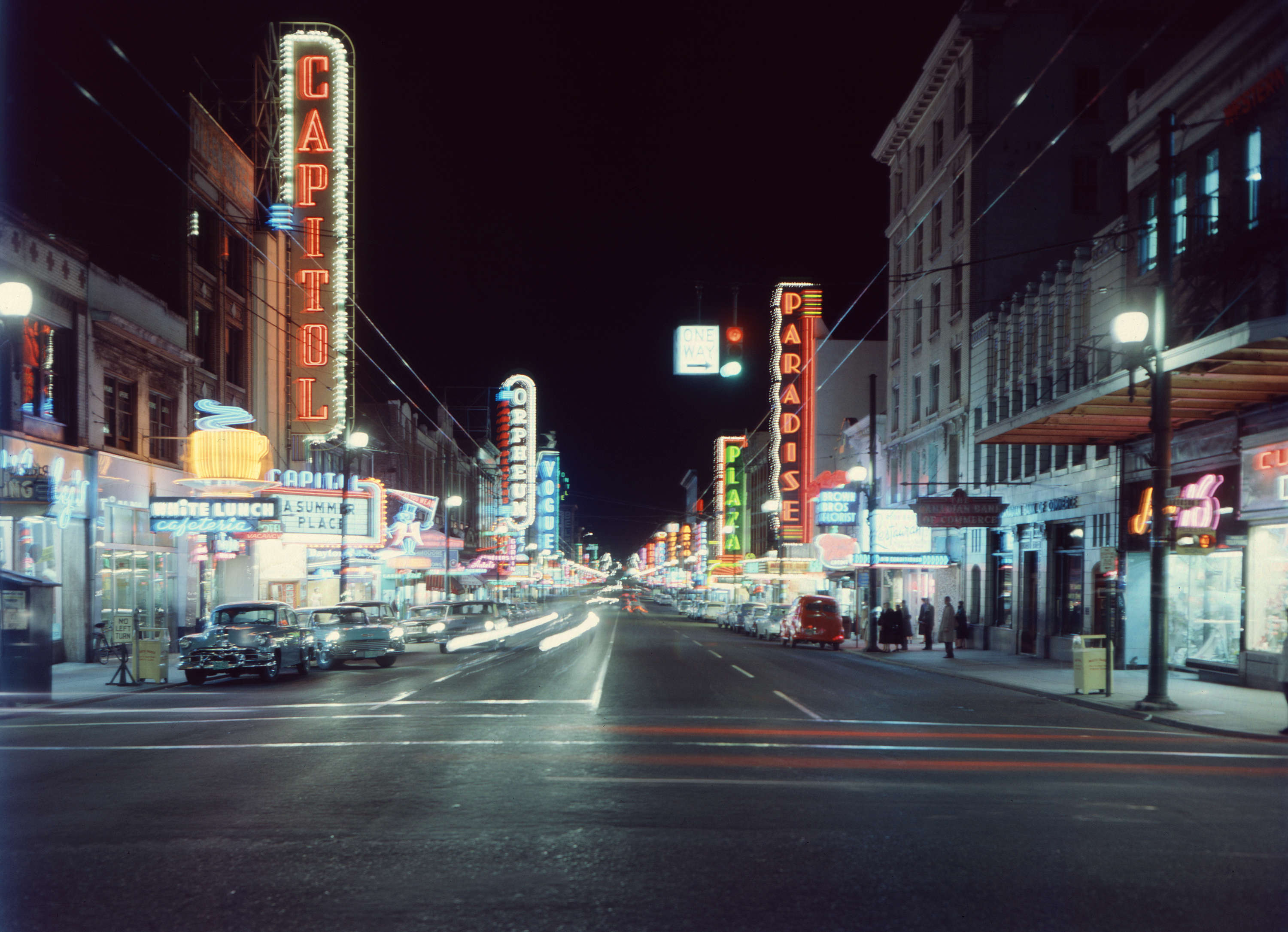 So there is no need to worry. Krista Rand also confirmed (through people on the scene today) that it will be back up and running by next Saturday to restore a neon balance in our city’s entertainment district. For more Orpheum history, check out my feature blog post from 2010.

Also on Miss604.com
« SPARK Museum of Electrical Invention in Bellingham
From the Miss604 Flickr Pool »