When you think of landmarks on Granville street the Orpheum sign comes to mind along with the Vogue’s marquee and perhaps other standout buildings or neon that have stood the test of time. Now imagine a man, a photographer, being a just part of every day downtown Granville life for more than four decades.

Next week is the anniversary of the day Foncie Pulice took his last street photo (September 27, 1979). Foncie was a street photographer in downtown Vancouver who took photographs of passers-by. Every day — for 45 years — Foncie stood out on Granville and snapped pictures.

“When I started back in 1934,” Foncie recalled [an] that interview, “there were six companies in Vancouver, but when we really started to go was during the war. The public couldn’t get film, you see, so the street photographers were all they had. Servicemen would come home on leave, they’d have pictures taken. Families would get together, we’d take their picture. At one time, I was taking 4,000 to 5,000 pictures every day.” [The Province, September 21, 1979 via Vancouver History] 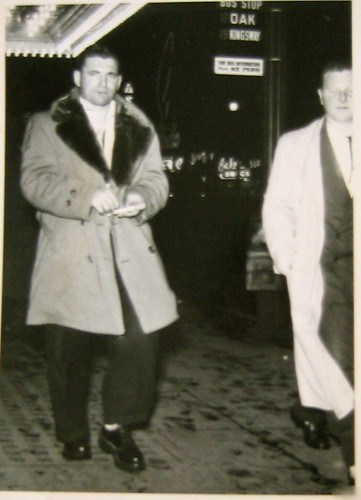 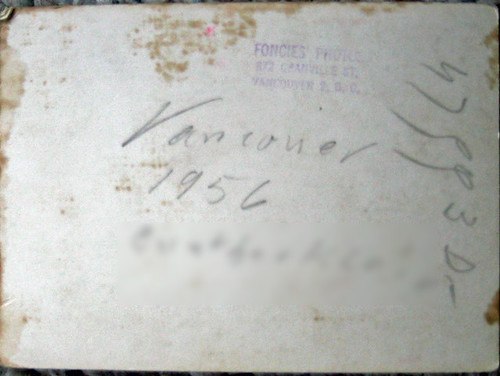 People began to make appointments with Foncie. They would call ahead and come by every year with their family so that he could capture them all on film, on Granville. If an appointment wasn’t made, Foncie would snap your photo on the street, give you a ticket with a number, then you could return to his shop at a later date to pick up your print.

Unfortunately there aren’t many photos of the street photographer himself. But a roll of negatives of Foncie at work at Granville and Robson on Aug. 1, 1970, recently turned up in The Vancouver Sun archives. Photographer George Diack captured Foncie hard at work behind his giant camera, a bizarre contraption that looked like a cross between a 1930s robot and a gas pump. It was powered by a car battery, so Foncie decorated it with a logo that read “Electric Photos,” complete with ’30s-style lightning bolts. [The Vancouver Sun

From families to celebrities, and even my own grandfather. What started out on a whim became one of the most significant fixtures of urban Vancouver life.

“One of the reasons I got into street photography,” Foncie told me during that interview, with a sidelong glance at his wife, Ann, “was because I wanted to meet girls. It was a great way to meet girls. I used to live in the 900 block Seymour and I had a whole wall of phone numbers. Really. Right up on the wall. And beside every number there’d be a little description of the girl. I used to get calls all the time from other fellows. ‘Hey, Foncie, you know all the girls–can you fix us up with dates?”

Ann laughed. She knew about that wall. “You should have saved it,” she told Foncie. “It could go in a museum.” [Chuck Davis’ Vancouver History

When I discovered a photography of my Opa (grandfather) stamped with “Foncie’s Photos” on the back, I wrote my first post about him back in 2007. I figured there had to be more people out there with photos from Foncie and I found a Flickr Group where I could contribute the image. 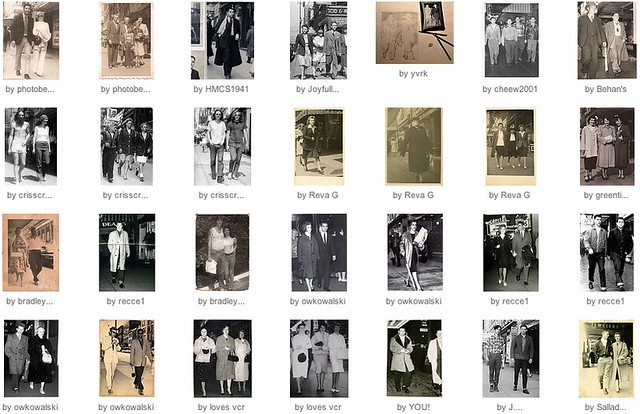 If anyone else comes across a black and white print stamped with “Foncie’s Photos” feel free to share it with the Flickr group as well. Foncie’s camera now sits in the Museum of Vancouver‘s 1950s gallery.

Also on Miss604.com
« Chefs Across the Water with Lee Parsons of the Wedgewood Hotel
Vancity Good Money Mob: Round 2 »