The other day I was looking at an old map of Stanley Park from 1907, something I might usually come across in my weekly history research, and I spotted two watering holes on the peninsula. The first being the recognizable Beaver Lake but the other, further northwest and just south of Prospect Point, was unfamiliar.

I like to think I know the trails and pathways of Vancouver’s Crown Jewel fairly well but I should have always wondered why a “Reservoir” Trail existed. This body of water puzzled me so I searched the Vancouver Archives for additional material and found this map of Stanley Park from 1935: 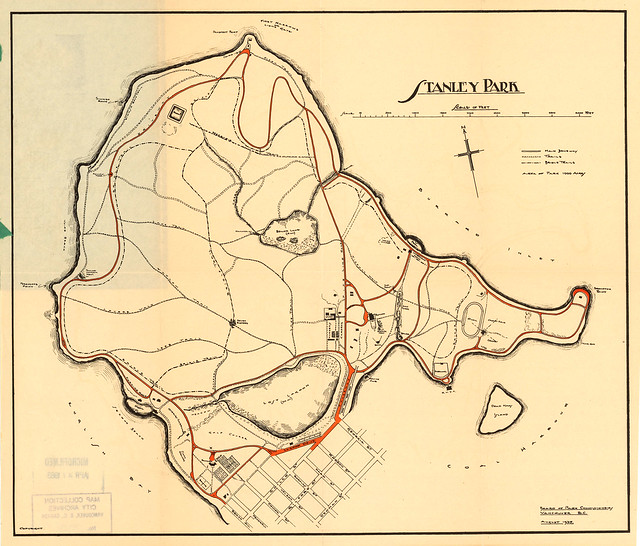 Many of the same trail names exist today and the Reservoir Trail is still around but it’s much shorter. It ends here on the map in the square area marked “RESERV”: 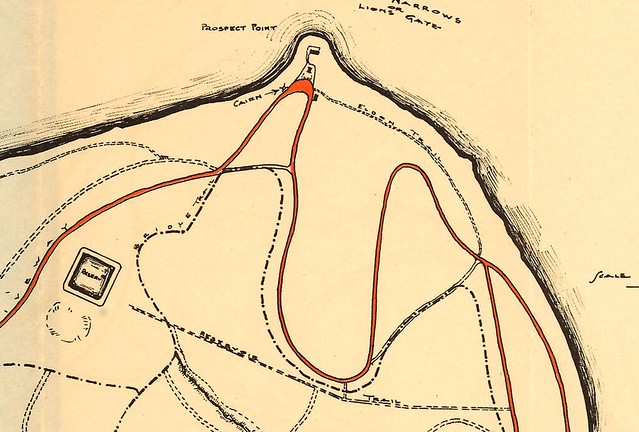 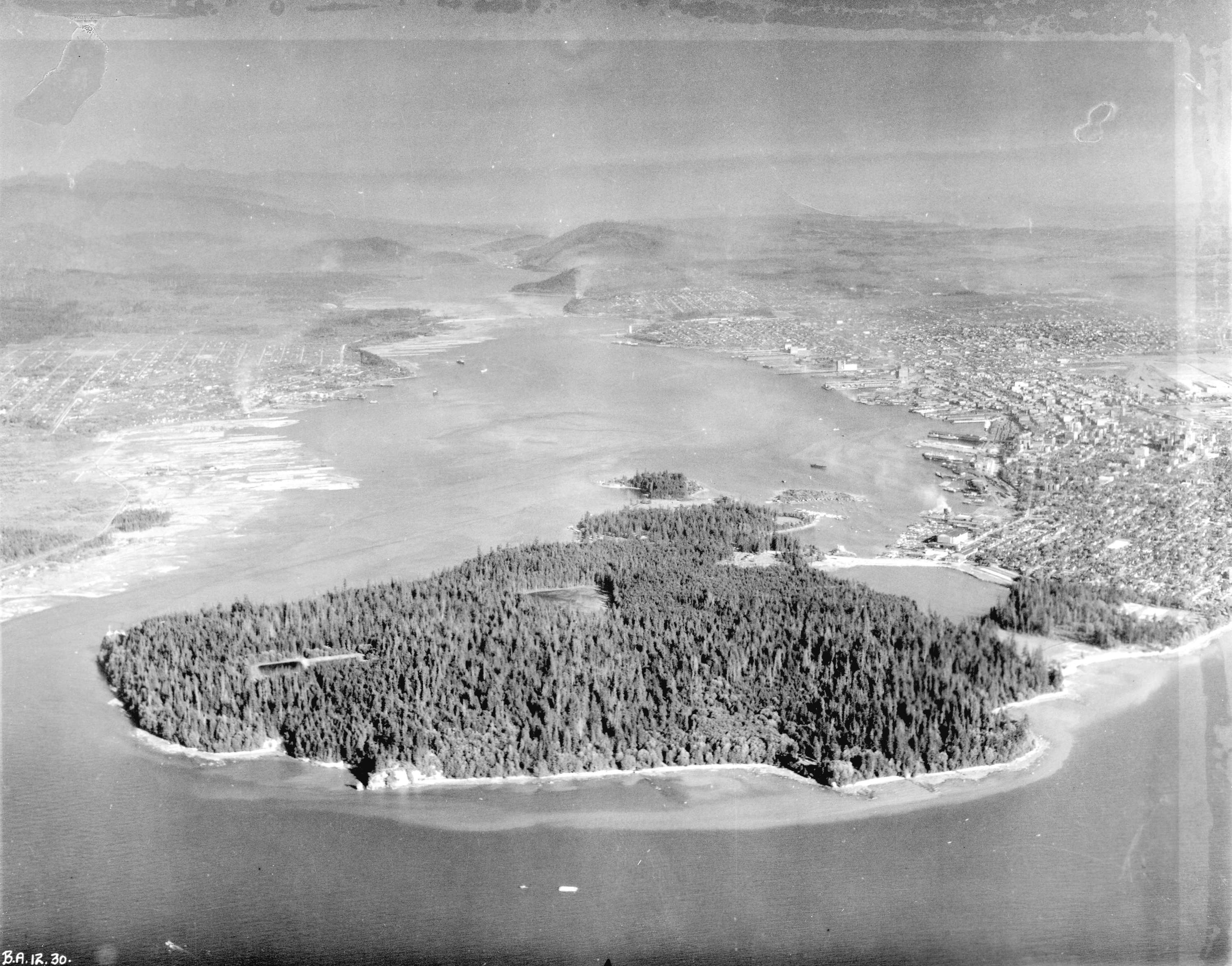 Another quick search of Chuck Davis’ Vancouver History and I had my answer:

1889: “…The triumphant Vancouver Waterworks began to shape its plans. They intended to lay two mains across the Inlet in case one was damaged, and to build two reservoirs, one in the heavily forested government reserve that was soon to become Stanley Park, and the other “on the high ground south of False Creek.” The Stanley Park reservoir is remembered today only by a trail named for it. It was demolished in the early 1950s to install a picnic ground. The “high ground” location later became Queen Elizabeth Park. (The old reservoir VWW built there, which was paved over for a parking lot, would be demolished, and a new, larger and earthquake-resistant one installed in 200_.)” 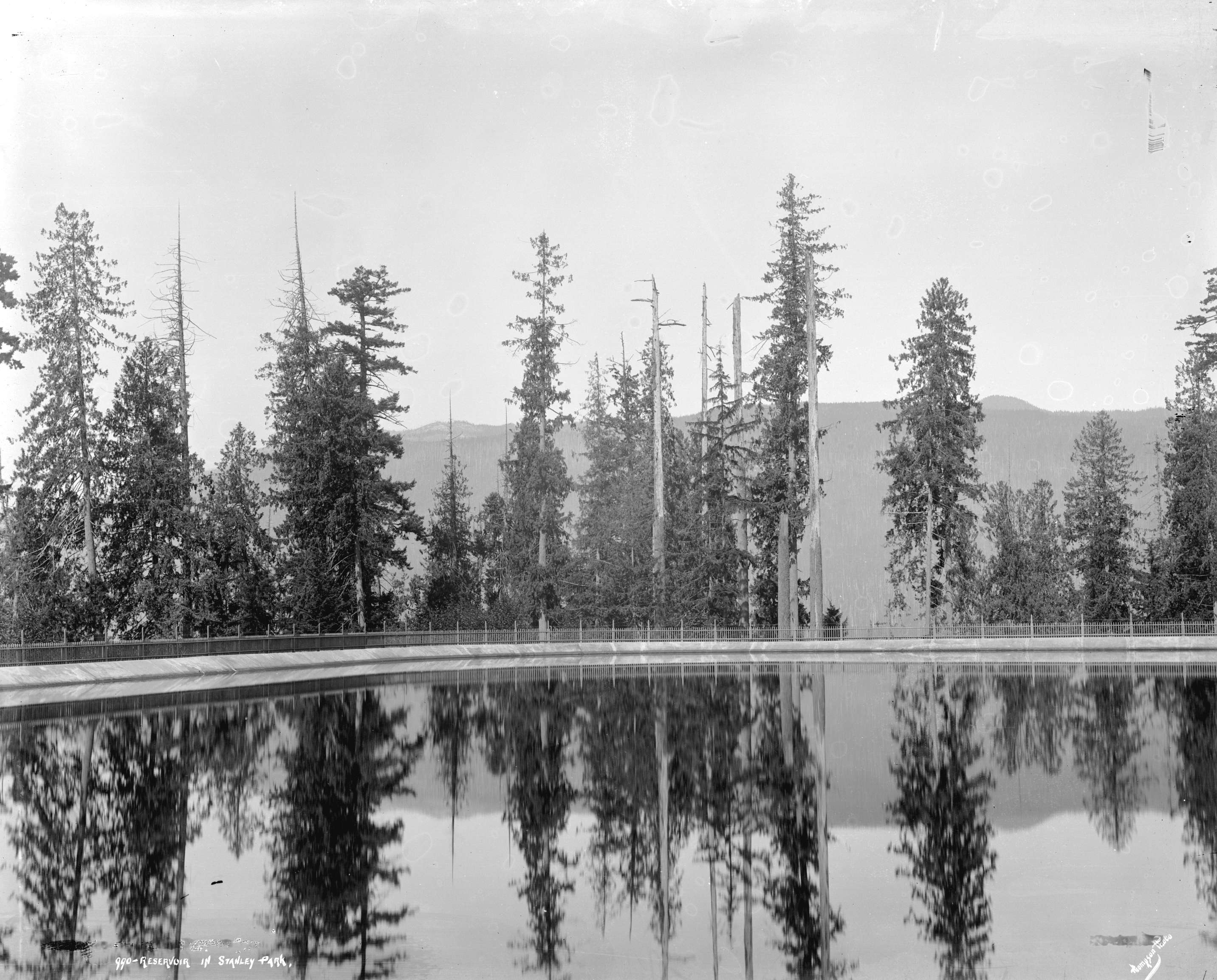 Comparing a Google satellite map view of Stanley Park today with the old aerial image, one can see the baseball fields and picnic area are indeed in the same spot as the old reservoir. 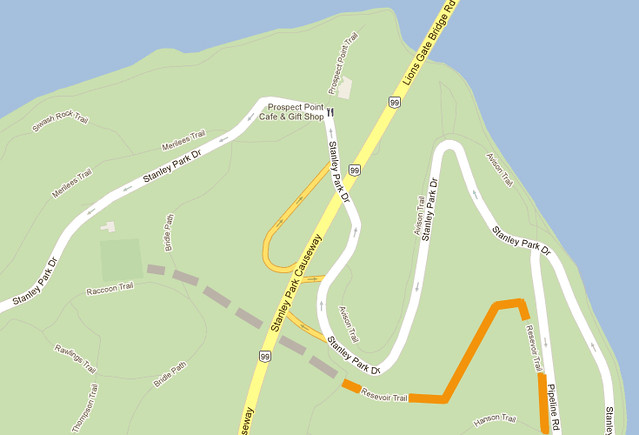 Vancouver has been built up quite a bit over the last 126 years and it’s interesting to uncover one of its long-gone feats of engineering in such a familiar place.