It has been 84 years since Percy Williams of East Vancouver won two gold medals in track and field at the Amsterdam Olympics — a feat that has never been repeated by a Canadian. 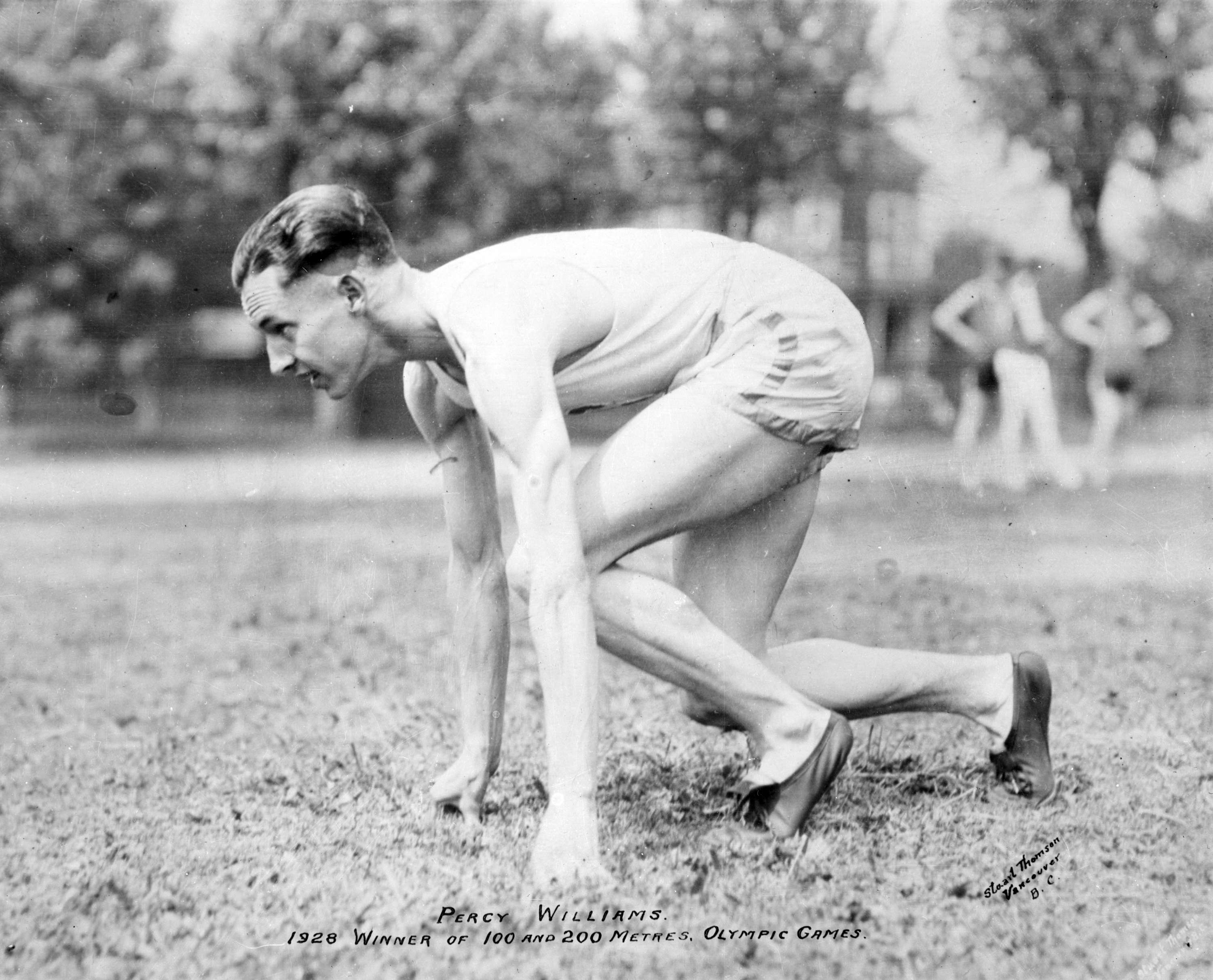 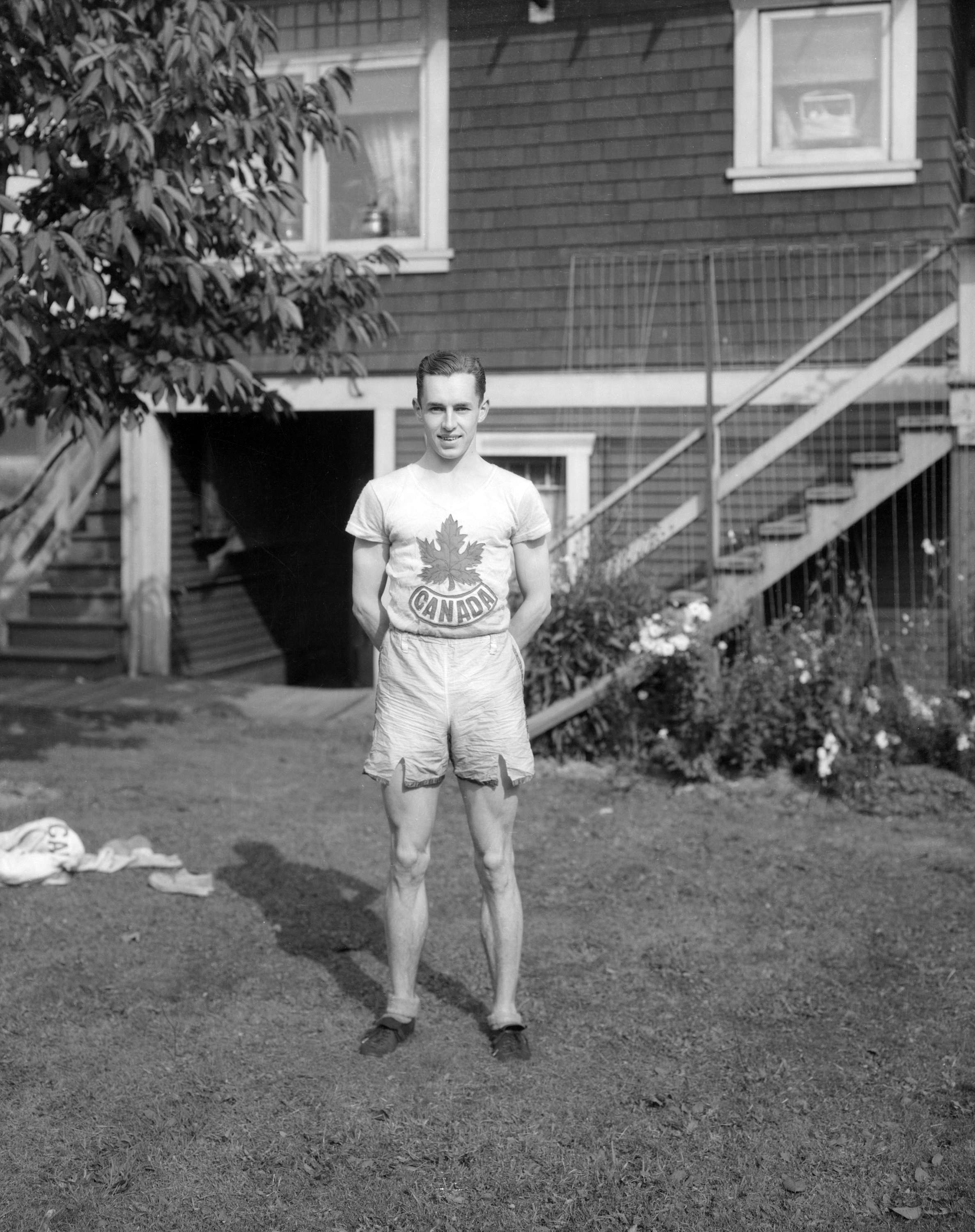 As part of the King Edward High School track team, Williams made a splash at an early age.

It was on August 1st, 1928 that 20 year-old Percy Williams won gold in the 100 meters, then again in the 200 meters two days later. His was arguably the biggest sports story in Vancouver history:

“…The Vancouver Sun ran banner front-page headlines for four days straight about “the Canadian schoolboy from British Columbia” who “sprang from obscurity to fame.” His victory in the 100 metres was so unexpected that the band assigned to play the national anthem of the winning sprinter had to scramble around to find the sheet music for Canada. It wound up doing a ragged version of The Maple Leaf Forever…” [Vancouver Sun]

Williams was given a hero’s welcome back in Vancouver and schools were closed on September 14th for a parade in his honor that ran along Granville street to Stanley Park. Mayor L.D. Taylor presented Williams with a new car in appreciation of his achievements in sport. 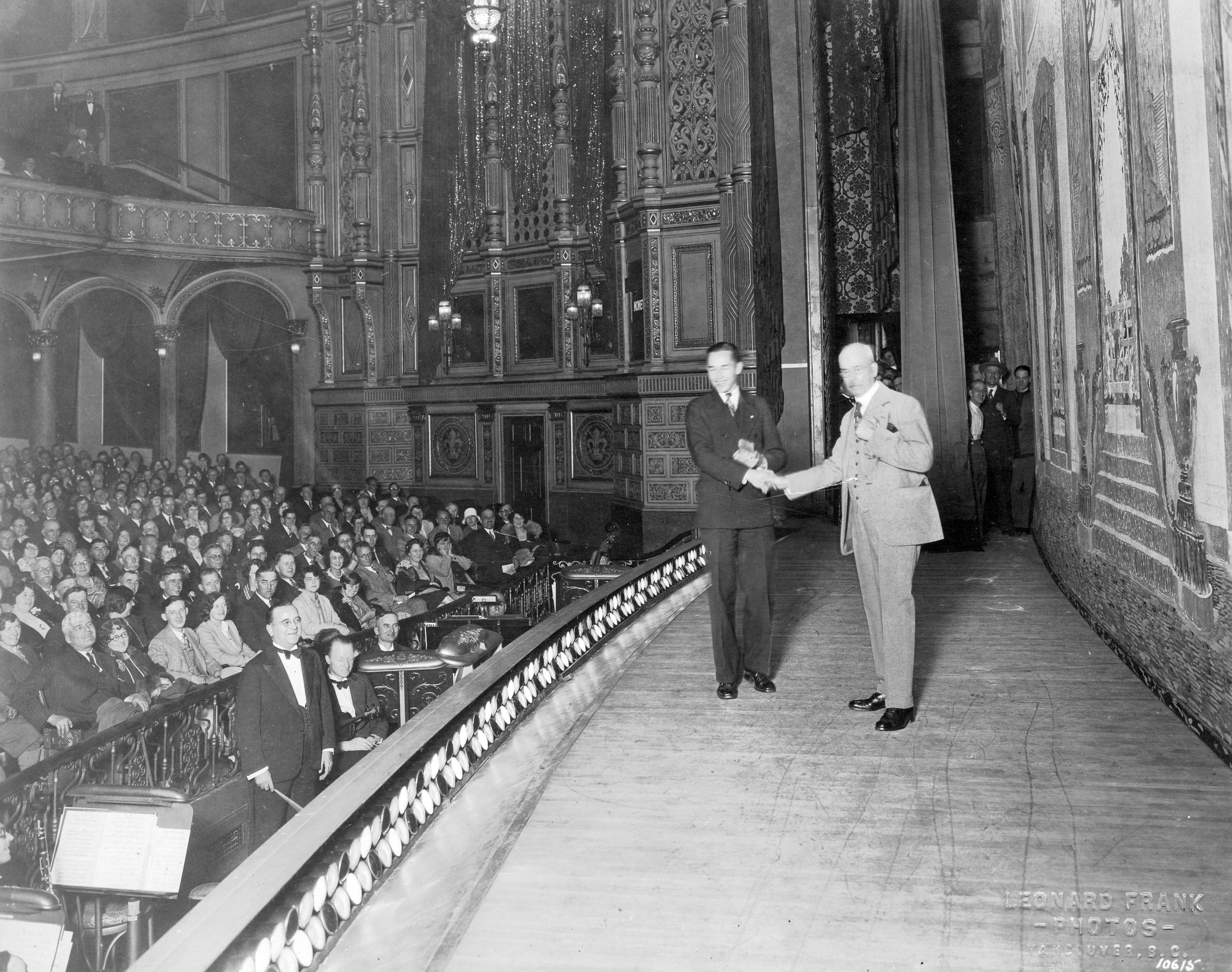 He was the fastest man of his generation and has been called the greatest track athlete of the first part of the last century, as well as the greatest all-time Olympic athlete for Canada.

“…A 1950 Canadian Press poll rated his Olympic performance the most dramatic event in Canadian sports history to that time. The design of our flag was inspired by photos of Williams breasting the finish tape in his maple leaf singlet…” [Vancouver Courier: The Runt That Could 2008] 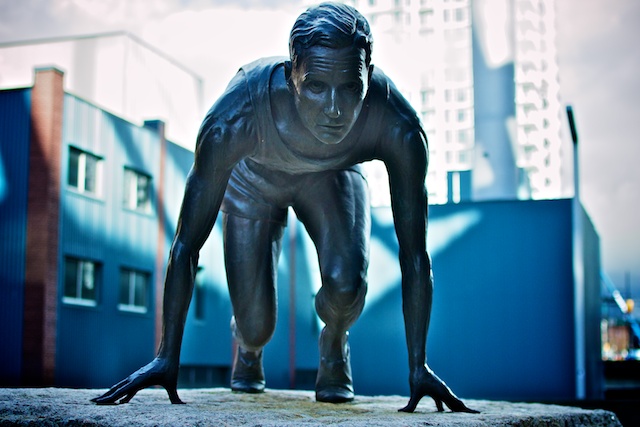 “…Oddly, today he may also be our country’s least-known sports hero, a champion of unsurpassed Canadian achievement who died in relative obscurity. Outside the B.C. Sports Hall of Fame and Museum at B.C. Place Stadium is a life-sized statue of Williams, crouched in a sprinter’s stance. As people wandered past it, I asked if they knew who the statue depicted. Out of 10 people, I found only one who knew…” [Vancouver Courier: The Runt That Could 2008]

In 1930 Percy Williams set a world record for a 10.3 second 100 meter dash. He received the Order of Canada in 1979 and donated his medals to the BC Sports Hall of Fame — which were then stolen and have never been recovered. Williams started up an insurance business in later years and faded away. Tragically, he took his own life in 1982.

For more information on Percy Williams, read the full Vancouver Courier article “The Runt That Could”, and visit the BC Sports Hall of Fame which is located through Gate “A” at BC Place. Williams’ statue sits outside, crouched and ready to rush.

Share2
Tweet32
Share
Pin8
Email
Reddit
WhatsApp
42 Shares
Current Contests on Miss604
*All contests are open to residents of Canada only, unless otherwise stated. Contest timelines are published on each individual post along with entry methods. Some contests may only be open to those 19 years of age and older. Winners are announced on the contest blog posts. Contest policy »