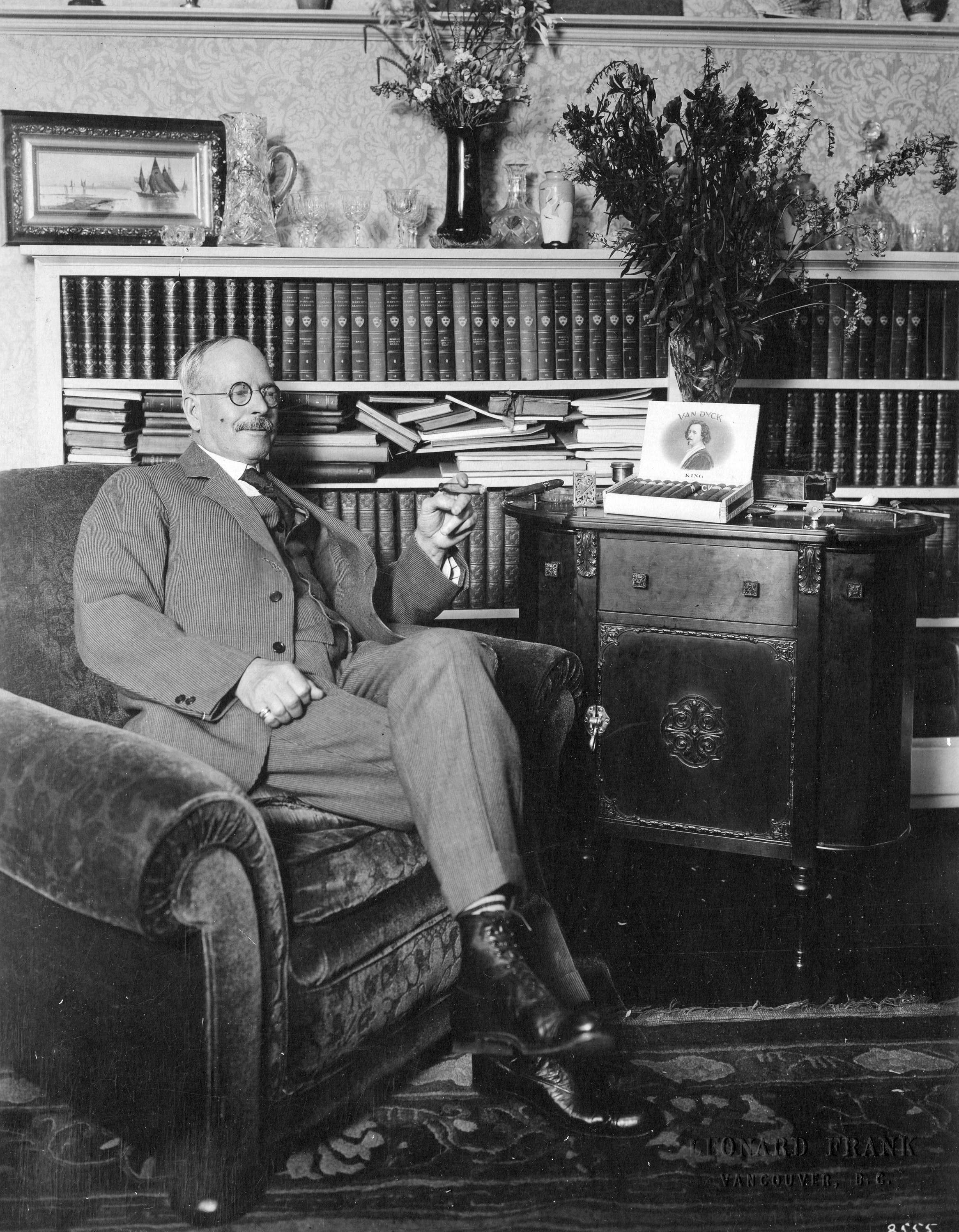 Taylor was born in Michigan and lived in Chicago before coming to Vancouver in 1896 [source]. With Taylor as Mayor, the Sun Tower was built (at the time it was the World Tower), he pushed for South Vancouver and Point Grey to amalgamate with Vancouver, and the airport at Sea Island opened.

According to Chuck Davis’ Vancouver History: “We have recently learned, thanks to a fascinating book by Daniel Francis (L.D. Taylor and the Rise of Vancouver) that Taylor left Chicago—where he had an interest in a bank—in a bit of a hurry, and fled to Canada when the cops started sniffing around. And we also learned that he was briefly married to two women at the same time.”

More from MemoryBC: “In August 1896, L.D. was arrested for charges of embezzlement relating to his partnership in the North and Taylor Bank on West Madison Avenue in Chicago, and fled north to Canada. He arrived in Vancouver, on September 8, 1896.”

June 12, 1925: The Sun had an item on Page 2 about “Vancouver Day.” The Province followed with a story the next day. This first tribute to the city’s pioneers (June 13 was chosen because it was the day in 1792 on which Capt. Vancouver explored Burrard Inlet and the date in 1886 on which the Great Fire occurred) was marked by the unveiling of a drinking fountain at the corner of Carrall and Water Streets, “where once stood a great maple tree.” In a speech by Mayor L.D. Taylor he said that the event would be marked annually. But there’s no other reference to the day until June 13, 1929, four years later. And the 1929 report seems to be the last time Vancouver Day was heard of. 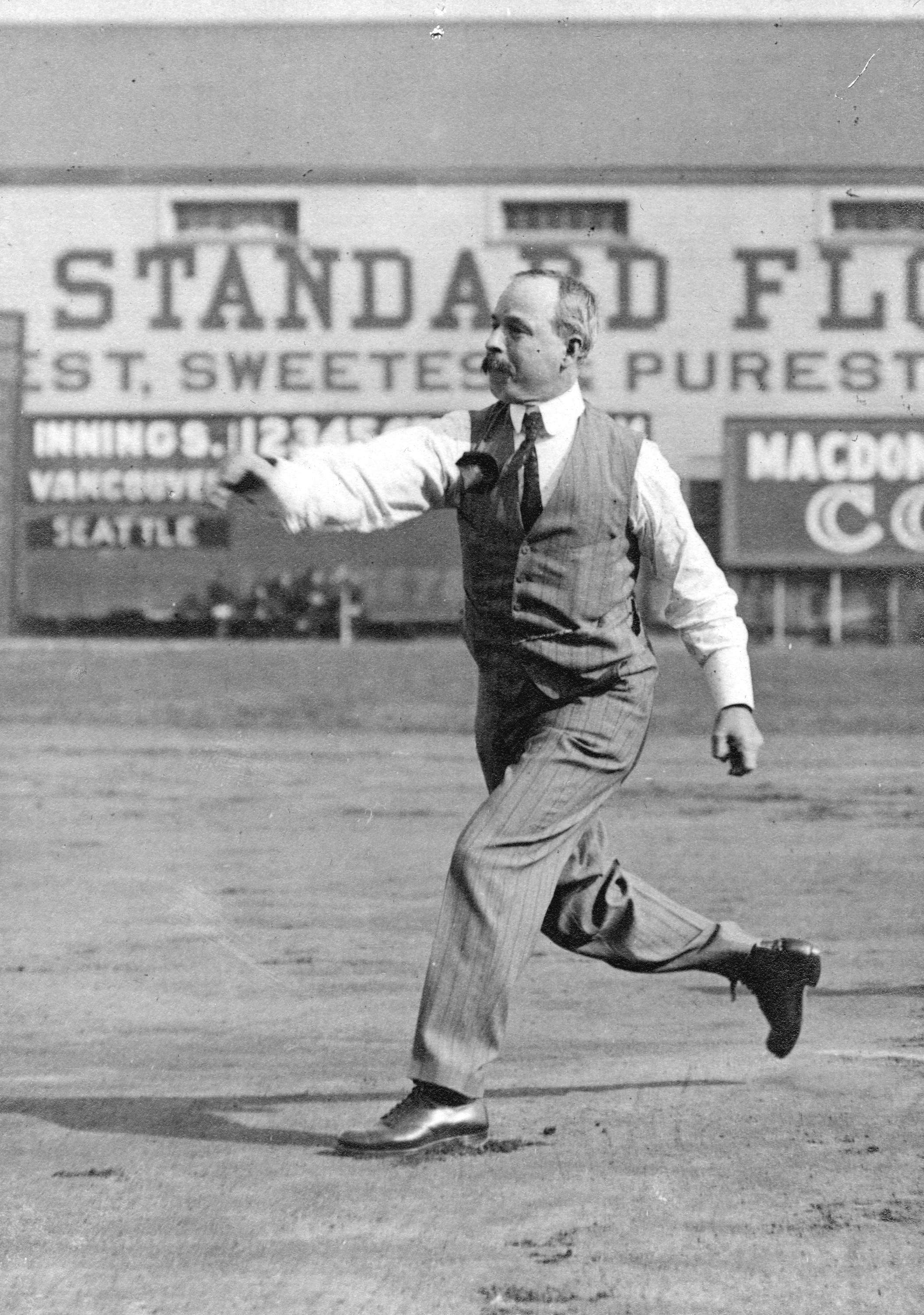 Taylor saw his share of controversy in Vancouver as well. In 1923 he claimed he lost the municipal election because a woodpecker had flown into a transformer, shutting down the streetcar lines and keeping his working-class supporters from the polls.

Then there was an exhaustive inquiry in 1928, toward the end of his time in office: “Allegations of corruption in the police department and city hall revealed that he had associations with known vice operators in the city. Although he was cleared of any criminal wrongdoing, the inquiry blamed his “open town” policy on the proliferation of vice and crime in Vancouver. Mayor Taylor claimed that he had no intention of running a “Sunday School town” and argued that police resources should be spent on major crimes, not victimless vice crimes.” [source]

Taylor’s “Open Town” policy for Vancouver meant that police resources would focus on major crimes and not “victimless vice crimes”. This lead to Hogan’s Alley turning into a red-light style district, more brothels, illegal drinking establishments, gambling dens, and the like. [source: Vancouver Courier “The End of L.D. Taylor“]

Still, Taylor served as Mayor of Vancouver more than anyone else in history. 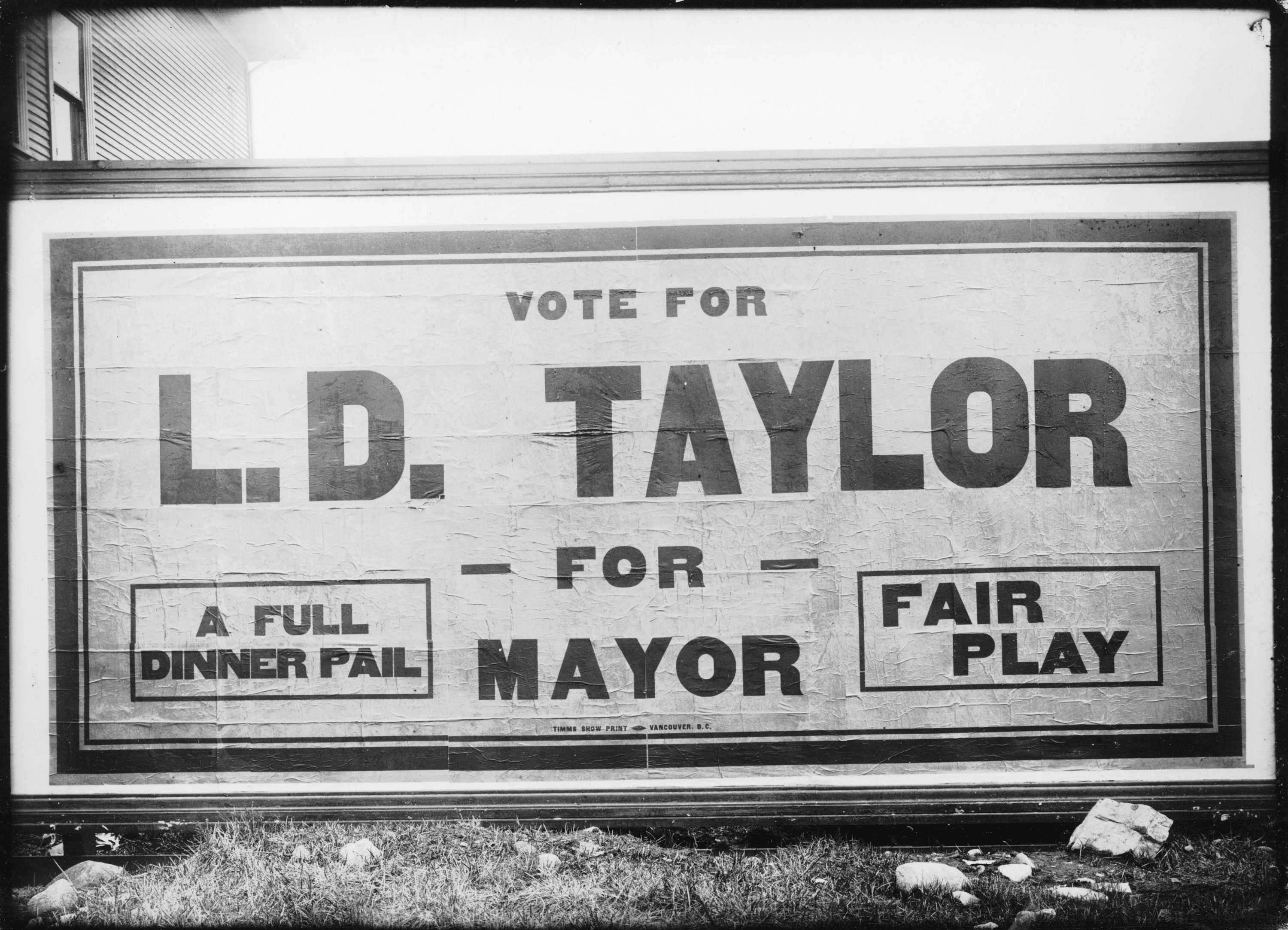 W.H. Malkin was elected mayor in 1929 and oversaw the amalgamation of Vancouver that L.D. Taylor had envisioned. Taylor left Vancouver on a world tour in 1929 and would try again (unsuccessfully) to be elected in 1934.

Share4
Tweet
Share
Pin3
Email
Reddit
WhatsApp
7 Shares
Current Contests on Miss604
*All contests are open to residents of Canada only, unless otherwise stated. Contest timelines are published on each individual post along with entry methods. Some contests may only be open to those 19 years of age and older. Winners are announced on the contest blog posts. Contest policy »
Comments are closed on this post
Advertisement