If you’ve ever driven to or from Vancouver International Airport (“YVR”) then you have traveled along Grant McConachie Way. This road on Sea Island was named after bush pilot Grant McConachie, a man who Chuck Davis referred to as “a genuine Canadian hero”.

Even as a young man, owning only an old Fokker, he envisioned a polar route to Europe — a dream that 30 years later his Canadian Pacific DC-8s would fulfill.

George William ‘Grant’ McConachie was born in Hamilton, Ontario, on April 24, 1909. He grew up in Edmonton and read everything he could about aircraft. Grant frequented the Edmonton airfield, begging and sometimes getting rides with famous Canadian bush pilots like Punch Dickins and Wop May. The young enthusiast paid for his flying lessons by looking after their aircraft, finally soloing in a DH Moth after only seven hours instruction.

By 1931, at the age of 22 he had his commercial pilot s licence, and he set out for China to fly for Chinese National Airways. On his way, McConachie stopped off in Vancouver to visit his Uncle Harry This was the first of two fateful meetings in the bush pilot s life. Uncle Harry not wanting to lose his nephew to what was then a country at war with the Japanese, bought him a dilapidated, second-hand Fokker to start his own airline.

From the Alaska Highway Archives:

Gran McConachie, a pioneer in Canadian aviation, started flying regular mail and passenger flights to Whitehorse from Edmonton in 1937, first with his company United Air Transport and then with its successor, Yukon Southern Air Transport Limited. Planes used floats in summer and skis in winter, but McConachie soon realized that year round operations were more economical using runways. Whitehorse already had a runway but otherwise northern airstrips were very few and very far between. McConachie set about to remedy the situation, and in 1938 he hired men to clear airstrips in Fort St. John and Fort Nelson using small tractors and horse teams.

The next summer McConachie started to clear an airstrip at Watson Lake. McConachie paved the way for the Department of Transport’s survey engineers when they arrived to survey for the Northwest Staging Route. When the route became important to the military, McConachie provided knowledge and advice on how to improve facilities and the route.

Canadian Pacific Airlines launched on this day in history (May 1, 1942) and McConachie signed on as General Manager after selling them his Yukon Southern Air Transport. Canadian Pacific operated from 1942 to 1987, and from 1968 to 1986 as CP Air. It was based out of Vancouver and was eventually purchased by Canadian Airlines. In 1947, McConachie was elected President of the airline by its Board of Directors and helped it grow to become the second largest carrier in the country. 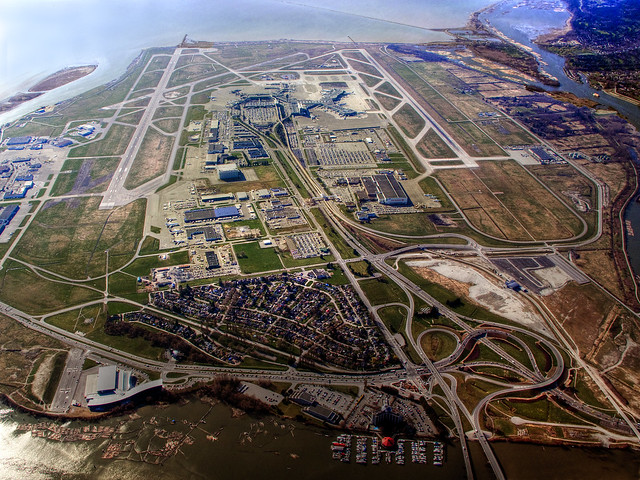 Under McConachie, CP Air would fly international and trans-Atlantic routes with destinations like Amsterdam, Australia, Hong Kong, Sydney, Lima, and Shanghai between 1942 and 1964.

On October 24th 1968, three years after his passing, Grant McConachie Way opened to traffic leading up to YVR.

Share10
Tweet30
Share
Pin9
Email
Reddit
WhatsApp
49 Shares
Current Contests on Miss604
*All contests are open to residents of Canada only, unless otherwise stated. Contest timelines are published on each individual post along with entry methods. Some contests may only be open to those 19 years of age and older. Winners are announced on the contest blog posts. Contest policy »