New Westminster will be celebrating the 120th anniversary of the Burr Block building this month. The old provincial capital was destroyed by fire in 1898 (twelve years after Vancouver’s “Great Fire”) and the Burr Block at 411-419 Columbia Street was only one of two buildings that remained. Today, it’s the home of the Met Hotel, Bar & Grill, and liquor store and they’re preparing to throw a birthday bash like no other. 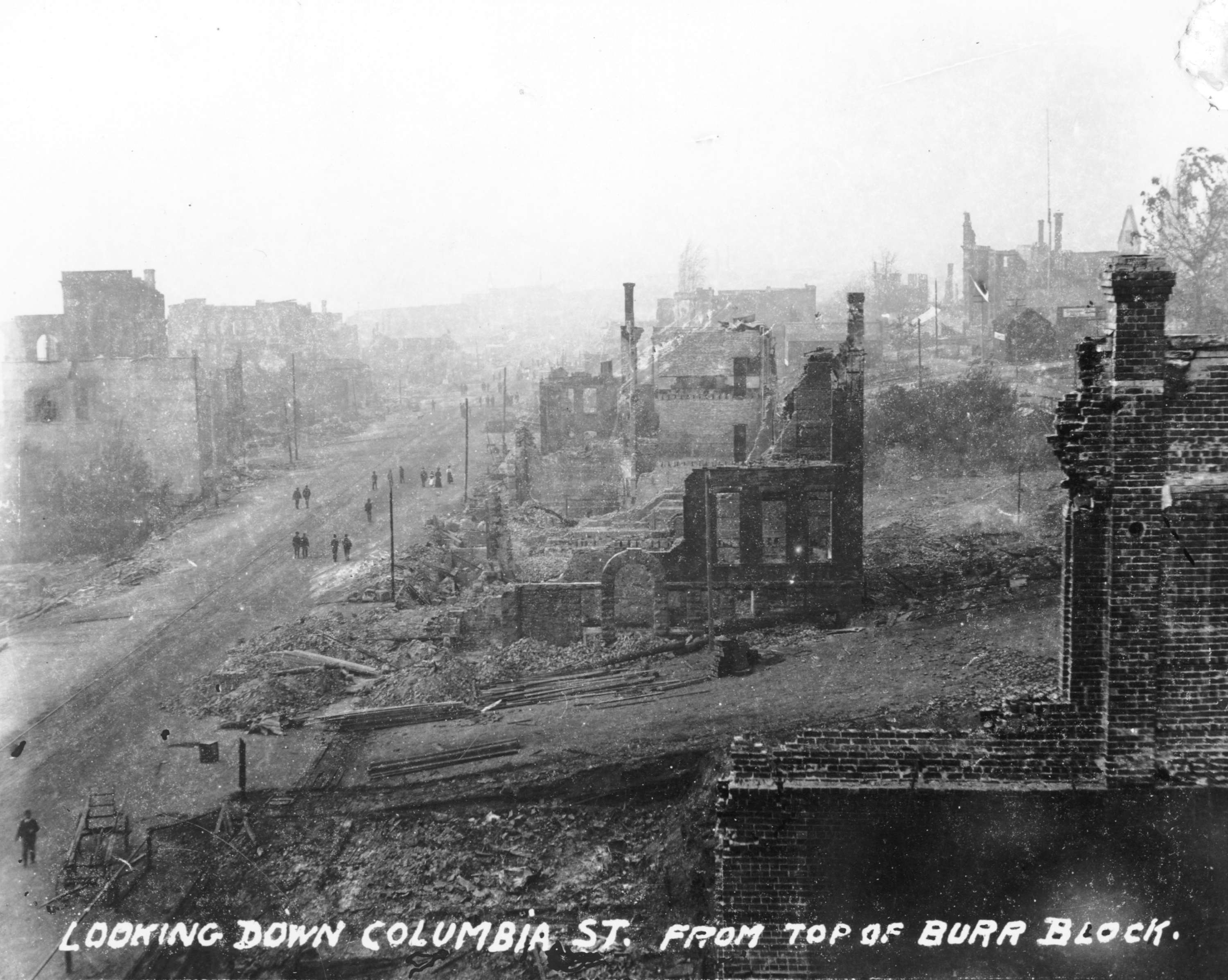 The Burr Block building was built by William Henry Burr (1827-1896), an early teacher and settler to the area. Mr. Burr was hard hit by the recession of the mid-1890s and eventually retired to Ladner, BC. An interesting aside, he was related to the famous actor, Raymond Burr, who played the leading role of lawyer/detective on The Perry Mason Show. [source] Constructed in 1892 at the height of the Victorian building and investment boom in New Westminster, the Burr Block is valued as an example of the Victorian Romanesque Revival style. It features extensive use of unglazed red brick and terra cotta ornament manufactured locally by the building’s contractor, Thomas Hemborough, and the Archibald Brothers. The Burr Block is an example of the work of architect George William Grant (1852-1925), a prolific architect, who designed many of the buildings in downtown New Westminster before and after the Great Fire.

Following the fire, he moved his office into the Burr Block, where he redesigned and restored the buildings that survived, and designed replacement blocks for those that were destroyed, much reduced in scale and opulence in comparison to pre-fire buildings. [source] Starting with a ceremony Sunday, April 15, 2012 at 1:00pm with birthday cake and the Mayor, The Met will kick off a week of celebrations and festivities including themed drink, food specials, and discounts. There will be nightly draws for gift cards and tickets to Lafflines, pints of 1892 lager, a three-course dinner for $18.92, and more. The ceremony with local dignitaries and birthday cake will be all-ages/kid-friendly however events in the pub are for those of legal drinking age.