Flipping through the pages of Chuck Davis’ History of Metropolitan Vancouver I came across an image of a man with a mop standing on top of the Challenger Relief Map. Created by George Challenger, to this day it’s the largest map of its kind in the world. 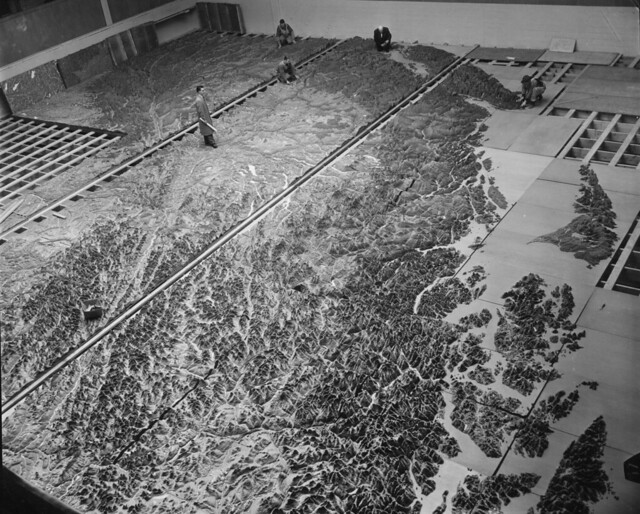 Since his arrival in British Columbia in 1896 George had probably traveled over more of the northern part of the province than any other white man, and his experience as prospector, miner, survey crewman, logging and sawmill operator uniquely fitted him for the map making project. It was his desire to instill in British Columbia’s youngsters the same sort of pride in the province that finally prompted him to build the big map.

Challenger Relief Map of BC 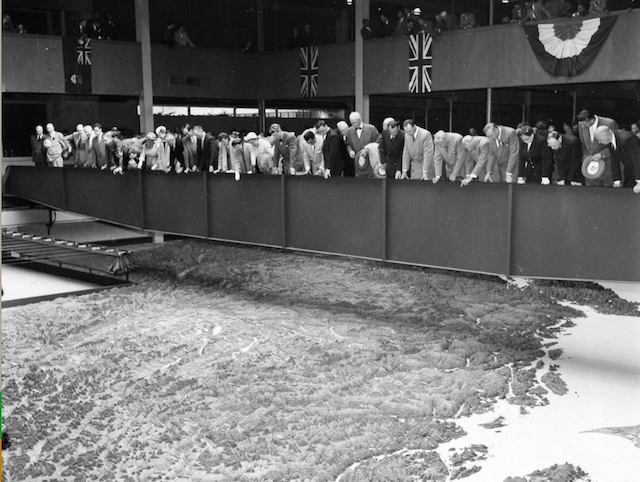 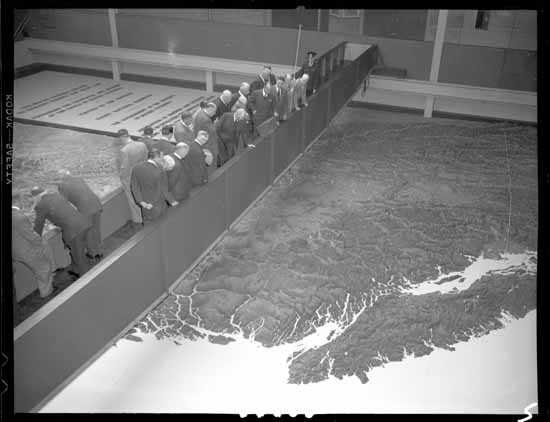 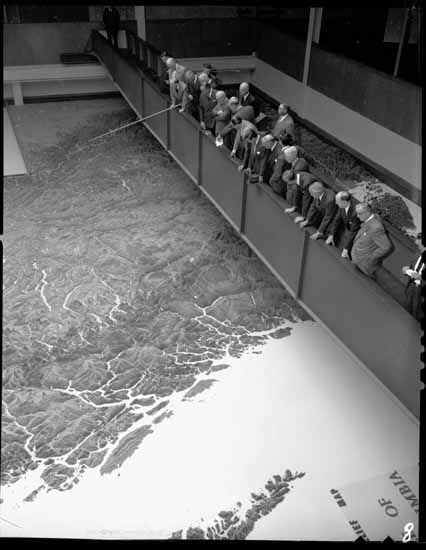 The map was built over a seven-year period, (1947-1954), from three-dimensional cutouts of quarter inch fir plywood donated by MacMillan Bloedel. With help from his wife and his son Bob, George Challenger cut, painted and assembled the 986,000 pieces individually on 180 4-by-8 foot and 16 4-by-4 foot panels of plywood at a total cost of $252,000. [Challenger Map]

Challenger donated the map to the PNE where it was first on display in 1954. I remember visiting the piece in the BC Pavilion when I was younger, and I’m sure other locals and visitors might recall this unforgettable map as well until the pavilion was demolished in 1997. 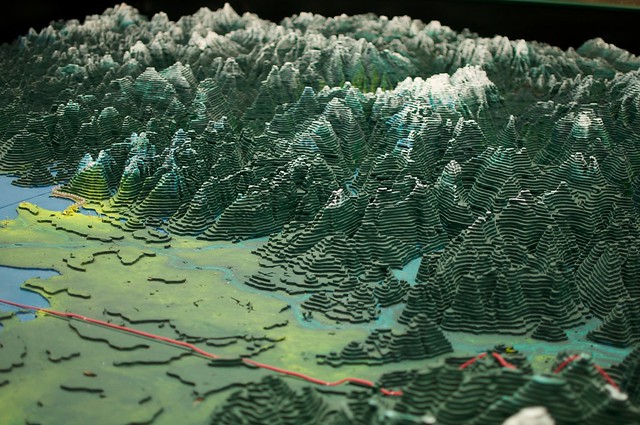 In 2010, after being in storage for almost a decade, the South West section of the Challenger Map reappeared at RCMP headquarters in Richmond as a part of the 2010 Winter Olympics Integrated Security Unit. 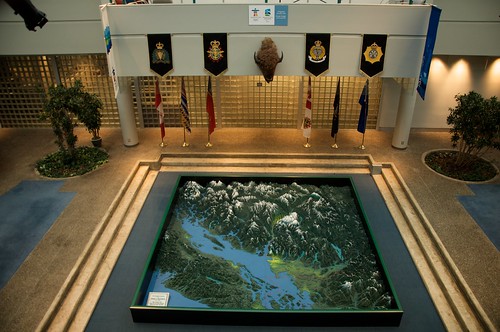 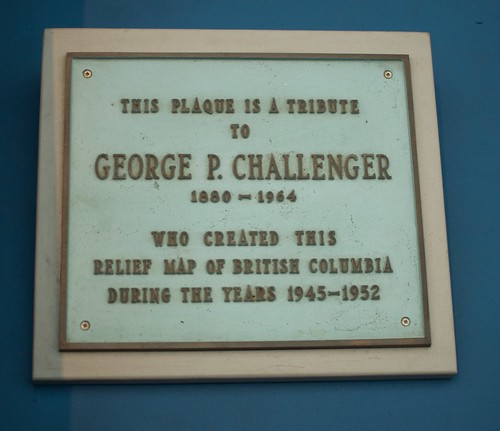 As far as I know, the map is back in pieces, packed away in storage, as a permanent home has not been found. You can donate to become a Guardian of the Map, assisting with restoration and preservation efforts for this Guinness World Record-holding piece.

Update: It’s Coming Back to the PNE

August, 2021: The Challenger Relief Map is coming back to the PNE this season! According to the Vancouver Sun: “The Challenger family and the PNE signed a memorandum of understanding to return the map to Hastings Park. During the 2021 fair, it will be on display in the livestock barns, with a permanent location to be determined.

Challenger’s grandson Bill said the family has been trying to find a home for the legendary map since the B.C. Pavilion was torn down in the “greening” of Hastings Park […] A fundraising initiative is being launched to restore the map, which may cost upwards of $1 million. The eight panels that were restored for the 2010 Olympics were repainted to reflect the geography — mountains were done in a deep forest green, for example, some with white snowcaps and blue glaciers.”

Share1K
Tweet7
Share1
Pin4
Email
Reddit48
WhatsApp
1K Shares
Current Contests on Miss604
*All contests are open to residents of Canada only, unless otherwise stated. Contest timelines are published on each individual post along with entry methods. Some contests may only be open to those 19 years of age and older. Winners are announced on the contest blog posts. Contest policy »