Within just a few days last autumn I spent the night at a ghost town hotel followed by a chilly overnight stay in a tipi at Blackfoot Crossing. The experiences were unforgettable and surreal all at once. 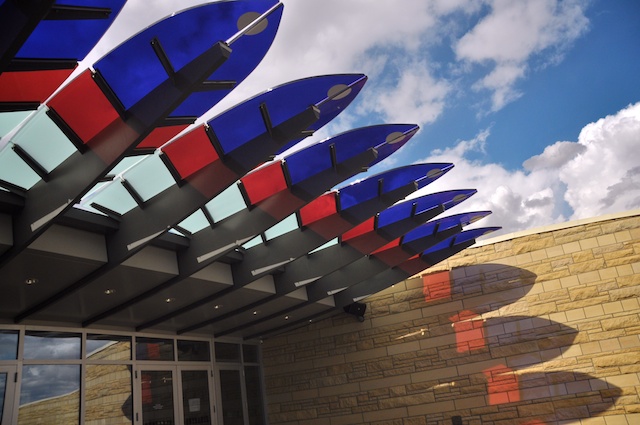 I was on a media trip in the Alberta Badlands, a few hours outside of Calgary, with two other journalists. We visited the Atlas Coal Mine, took a Wild West Tour, went fossil hunting at Dinosaur Provincial Park, and drank at the Last Chance Saloon. Blackfoot Crossing Historical Park was our last stop before heading up to a conference in Edmonton. 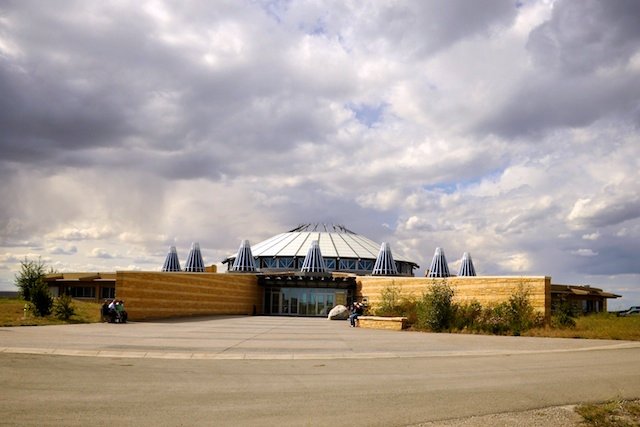 Blackfoot Crossing, the Historic Site of the signing of Treaty No.7, is of National and International historical and archaeological significance. It is a designated national Heritage Site and is recommended to be a World Heritage Site. The success of the Treaty No.7 Commemoration in 1977 intensified the Siksika (Blackfoot) Nation’s vision of building a unique world-class tourist attraction designed to engage visitors in authentic cultural experiences with the Blackfoot people. The Siksika people are proud to present Blackfoot Crossing Historical Park to the world. 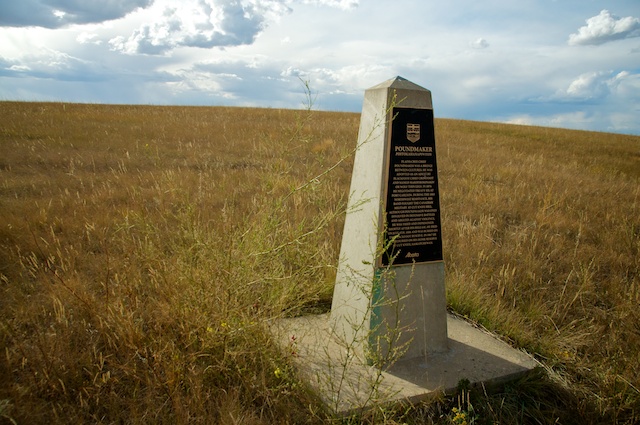 On the main level there is a theatre that shows a short film loop providing, history of the Siksika and Blackfoot Crossing, as well as a gift shop, conference centre, library, and cafeteria. Down a pair of staicases, as the building clings to the side of a rocky cliff, there is a large gallery and interpretive centre. Displays showcase traditional costumes, photographs, and instruments, along with historical proclamations and records. 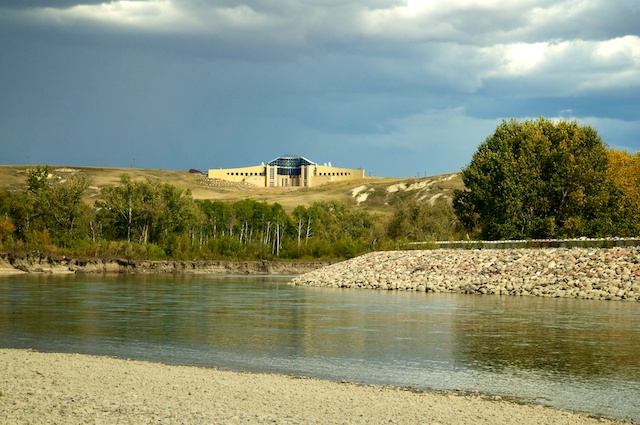 An hour quickly passed before we convened in the parking lot where we got whisked away to on an ATV to the tipi camp at the bottom of the hill. 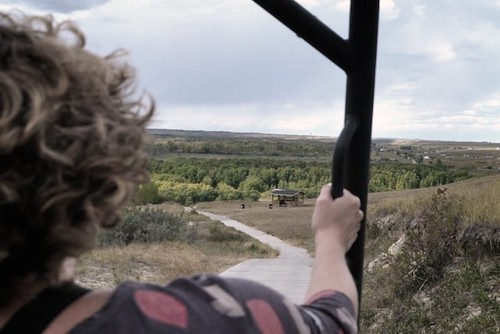 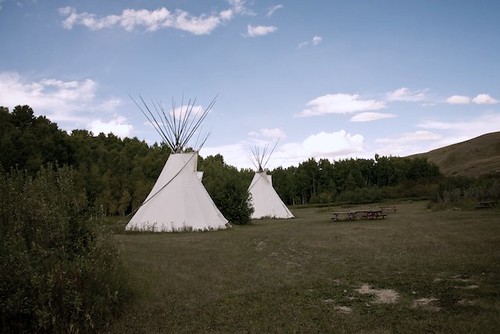 The tipis are large and could probably sleep about six adults. Our sleeping bags were provided, but you can bring your own, and there are mats, buffalo rugs, and extra blankets available. In the centre of the tipi is a food-burning stove with a chimney that heads up straight up to an opening in the fabric. 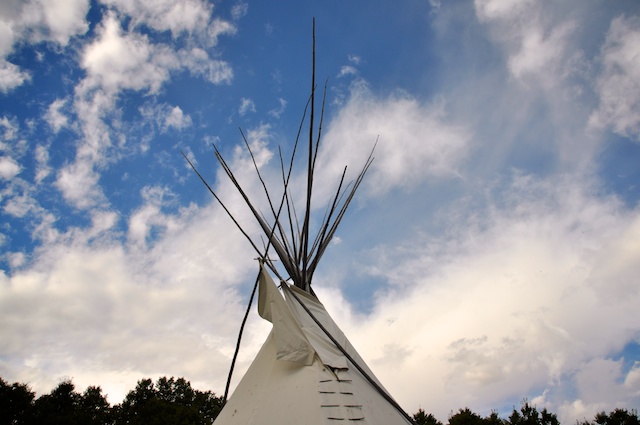 There were three tipis when we visited (sometimes there are four) and a woman from France was staying in the one next to ours. She had been there several days on her own after renting a car from Calgary and driving over. A member of the alpen club back home, she lead us on a hike to the river once we dropped off our bags. 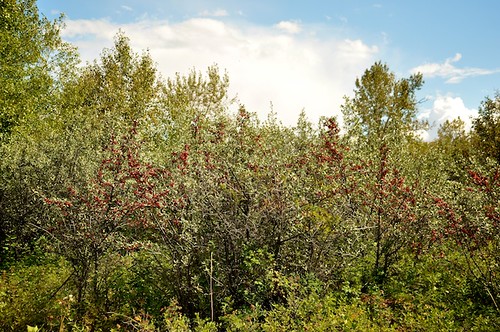 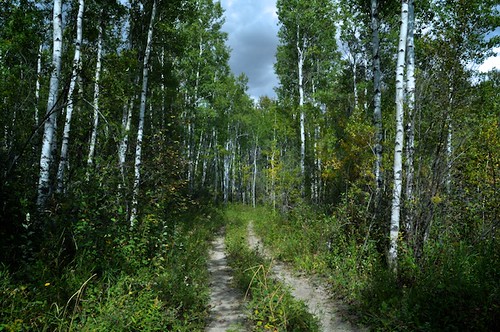 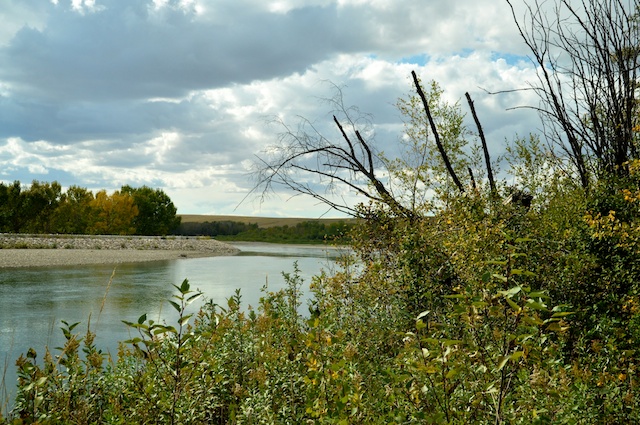 Dinner was delivered to us by the campfire (you can cook your own meals though) and later that evening a couple moved into the last available tipi with their niece. The woman explained that she decided she was going to start crossing items off her bucket list after celebrating her 50th birthday. She swam with dolphins in Hawaii, she bought a hat at the Calgary Stampede that she had been eyeing for years, and now she was camping out in a tipi. Her partner was a musician and he entertained us by playing the flute and a ukulele, which he crafted himself.

That evening Clarence Hoof, a local storyteller, told us legends under the bright star-lit sky that hung like a speckled inverted dome above us. I learned the Siksika call the Milky Way the “Buffalo Trail“, interpretations of the big dipper, and that the three hawks that hovered above us earlier were a sign of good luck. We also heard about the origins of Okotoks, Alberta, Okatoks meaning “rock” in Blackfoot.

A fellow journalist on the trip, Mark Stachiew, wrote: “He started slowly, but grew more animated as he warmed up his small audience. He told us how his grandfather told him stories about the Blackfoot and told him that it was his duty to pass on those stories as part of their oral tradition. He’s doing his best to uphold that duty.”

At night the temperature in the valley dropped below freezing and by dawn, our group had been shivering for hours. The sound of the ATV approaching our camp was music to our ears as we packed up and left Blackfoot Crossing as the sun rose, painting everything pink. 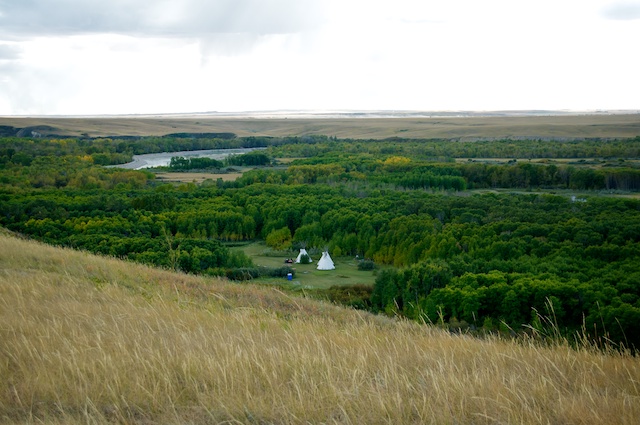 It’s about that time of year when families begin planning their vacations so I wanted to get this post up. You can camp overnight at Blackfoot Crossing, in a tipi, starting at $35.

Rates vary depending on if you would like to borrow any equipment but the basic package includes admission to Blackfoot Crossing Historical Park and building, occupancy in one of the tipis, use of a wood stove in the tipi, access to tipi village camping area (including fire pit), and access to any free programming that may be scheduled for that day.

Share
Tweet
Share
Pin1
Email
Reddit
WhatsApp
1 Shares
Current Contests on Miss604
*All contests are open to residents of Canada only, unless otherwise stated. Contest timelines are published on each individual post along with entry methods. Some contests may only be open to those 19 years of age and older. Winners are announced on the contest blog posts. Contest policy »
Comments are closed on this post
Advertisement