It’s Boxing Day and the stores are packed while the turkey is either in the oven or being wrapped up for sandwiches later this week. To keep the festive holiday spirit, I have once again partnered with London Drugs for a fantastic holiday giveaway that will get you through New Year’s Eve and the exciting year ahead. The prize pack includes: 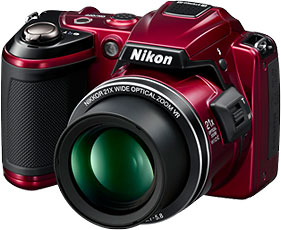 Swann OutbackCam DVR-470 Camera and Video Recorder
Value $129.99 / Product Link
For your adventures in the New Year! A covert surveillance camera that can record day or night (built-in night vision), can record for months at a time, built of indoor or outdoor use, mount anywhere.

London Drugs locations across the Lower Mainland are hosting Boxing Week sales all week long as well. Here’s how you can enter to win our giveaway:

Update The winner is LisaB!

Also on Miss604.com
« Where to Recycle Your Christmas Tree in Vancouver, Surrey, Delta, Richmond
Top Travel Experiences of 2011 »