Carousel Theatre presents The Wizard of Oz this holiday season at the Waterfront Theatre on Granville Island. It’s the fantastic tale of Dorothy, the Tinman, the Scarecrow, the Cowardly Lion, and Toto (her little dog, too). 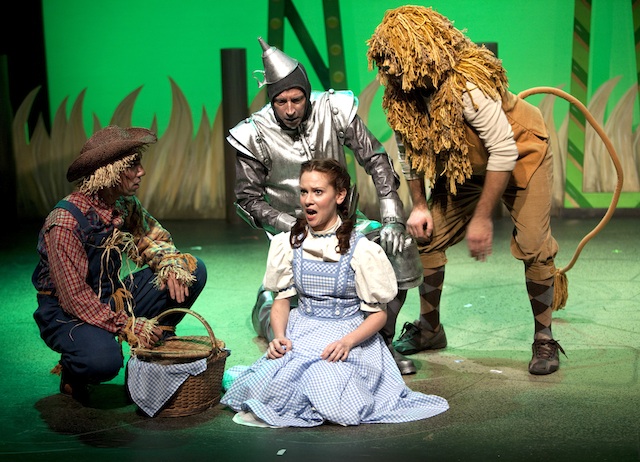 Based upon the 1939 motion picture, the theatrical version of the production was adapted by the Royal Shakespeare Company. I have never seen a live version of The Wizard of Oz but I was in one as a child. Our elementary school produced one when I was in grade three and our class made up all the munchkins in Munchkinland.

The show opened last night and will run nightly at 7:00pm until December 31, 2011. There are also 2:00pm matinees on the weekends. The duration is 95 minutes and is suitable for children 4 years old and up. Tickets are going very fast with many shows sold out already.

Carousel Theatre has kindly offered up a prize pack for one of my readers that includes 4 tickets to the show, a copy of the book The Wonderful Wizard of Oz by L. Frank Baum, and even a Glinda tiara. Here’s how you can enter to win:

RT to enter to win 4 tickets to @CarouselTheatre’s #WizardofOz from @Miss604 http://ow.ly/7NB6H #Miss604Holidays

Update The winner is Angela! (comment on December 5th)