This afternoon a bear was tranquilized in downtown Vancouver after hitching a ride into town on a garbage truck. Reports and photos have been pouring in across all social and traditional media outlets including a set of images from the Vancouver Public Library. 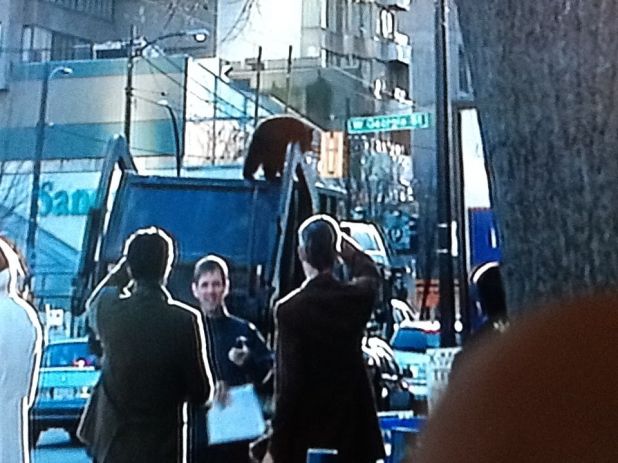 CBC News says that the truck was stopped near the Queen Elizabeth Theatre in the area of Georgia and Cambie.

From The Province: “It’s a yearling, probably one or two years old,” said Desjardins, who tranquilized the youngster. “The driver had made a pickup on the North Shore, and he came downtown for another pickup.”

From CTV News: “The police just patted its back and coaxed it down,” said Karyn MacDonald, who arrived at the scene shortly after the animal was spotted. “I can’t believe they just pet it.”

Bear sightings in Vancouver are about as rare as they come but they weren’t that uncommon in the city’s early days. In fact, several families even had black bears as pets. 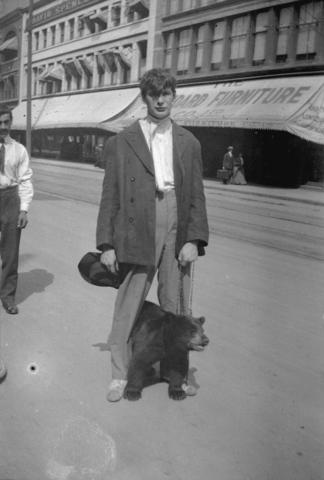 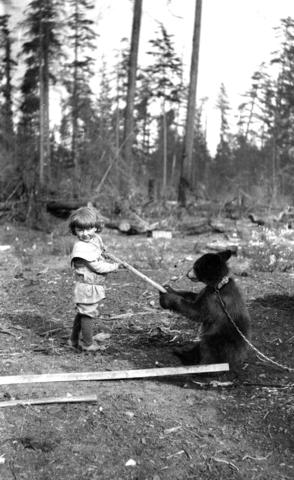 Onlookers and those hearing the story are concerned about the future of today’s urban bear. We don’t yet know what that is just yet but he’s currently being removed from the location while sedated. According to CTV News and a witness, the bear will be released back into the wild. The Province confirms this with a quote from Conservation Officer Desjardins: “He’s going to be translocated, most likely to the Squamish Valley.”

In May of 2010 a grey whale wandered right into False Creek and gave residents and visitor quite a thrill as well.