It was on this day in 1980 that Terry Fox was forced to end his Marathon of Hope as he succumbed to the cancer that eventually took his life. After 143 days and 5,373kms, his journey ended just outside Thunder Bay… and that’s when the rest of Canada picked up the run where he left off. 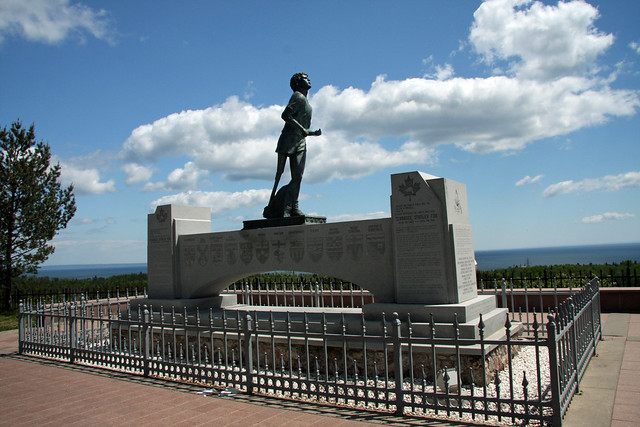 Over the last 31 years the Terry Fox Run, in his name, has raised over $550 million for cancer research. After commemorating the 30th anniversary of his Marathon of Hope last year, we lost Terry’s mother just a few months ago as well.

It’s been a very tough year for many but as Terry said, “I don’t feel that this is unfair. That’s the thing about cancer. I’m not the only one, it happens all the time to people. I’m not special. This just intensifies what I did. It gives it more meaning. It’ll inspire more people. I just wish people would realize that anything’s possible if you try; dreams are made possible if you try.”

Other locations in the “604”: Squamish, Whistler, Pemberton, Roberts Creek, Gibsons. As the BC Lions and Vancouver Whitecaps return to a new BC Place this fall, be on the lookout for the unveiling of the new Terry Fox Memorial as well.