The Rosedeer Hotel opened 1913 in the dusty boomtown of Wayne, Alberta. Back then, the population swelled to over 2,500 but since the mines closed up in the 1950s it has dipped to just over two dozen. 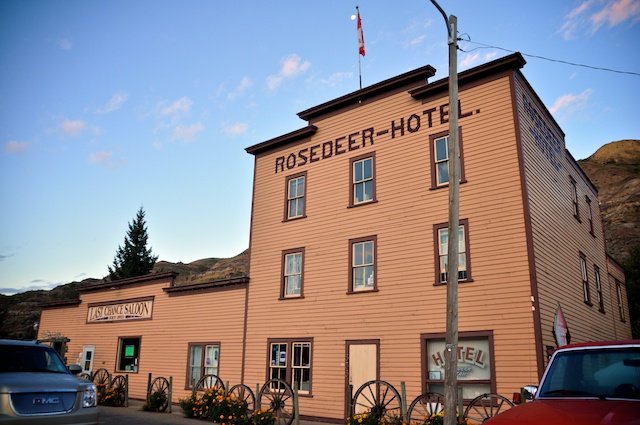 Over the last 30 years proprietor Fred Dayman, who bought the place from his mother (his uncle owning it before that) has been reviving this ghost town, and the Rosedeer’s Last Chance Saloon is at its very core. 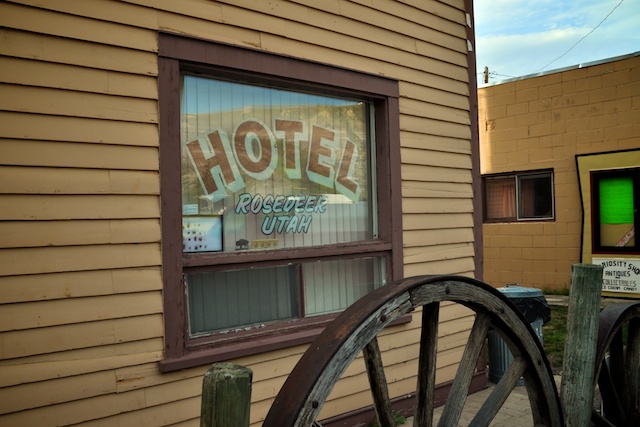 Wayne is actually in the record books for the most bridges in a 6km span, 11 to be exact. Once you wind your way to Wayne the yellow and red Rosedeer Hotel sticks out prominently in this practically vacant valley. 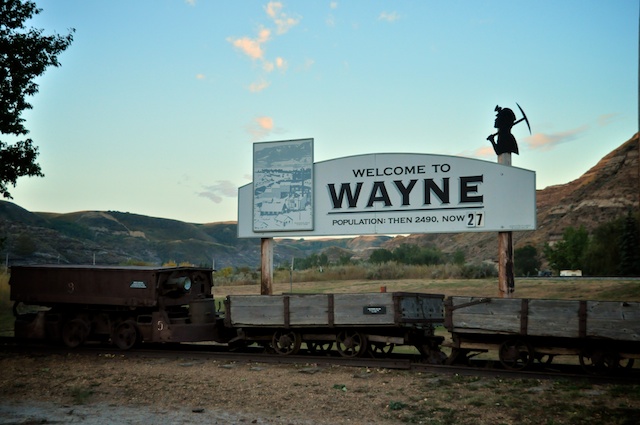 “The population is 27 and a third,” Fred told us, explaining that a local woman was expecting. Carrying on the family business he’s full of stories but he’s also a very busy man. Since the 1980s Fred has been working hard to build up the Last Chance Saloon into a regular watering hole. He gets locals, many travelers passing through, and quite a few tourists who take the exit from Dinosaur Valley. 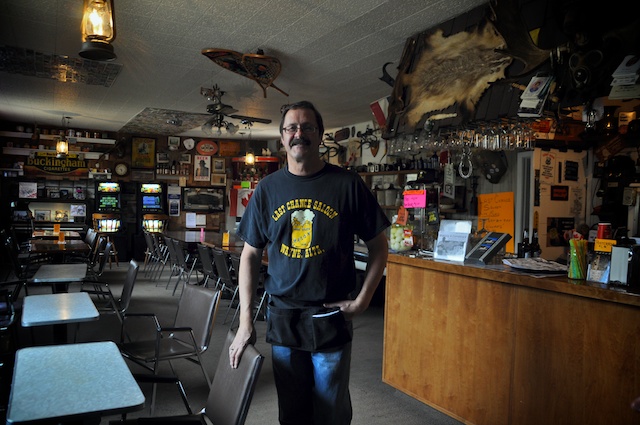 Although there are wagon wheels out front and a short wooded boardwalk, you don’t walk through a pair of wooden swing doors when you enter the saloon and there’s no spittoon in sight. Fully carpeted and filled with instruments, antiques, photos, and knickknacks, you can tell why it’s favourite, down-home, stop for many. 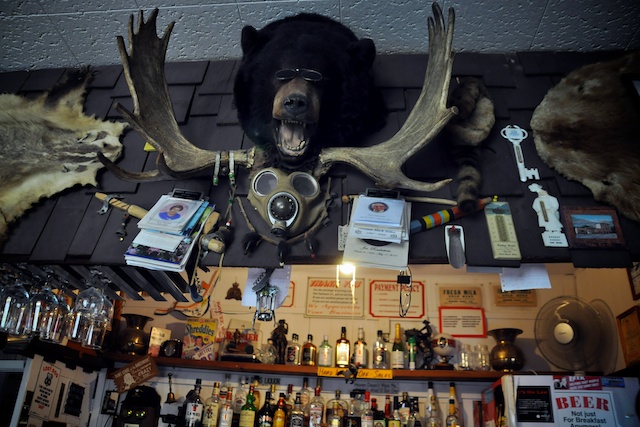 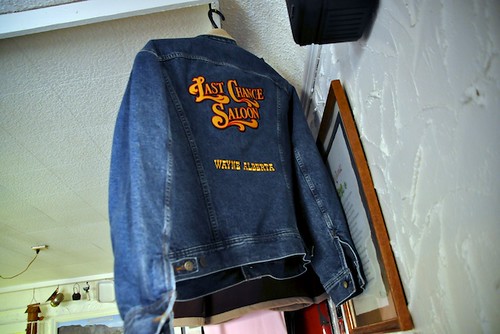 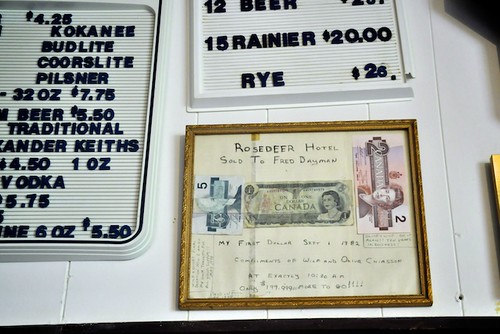 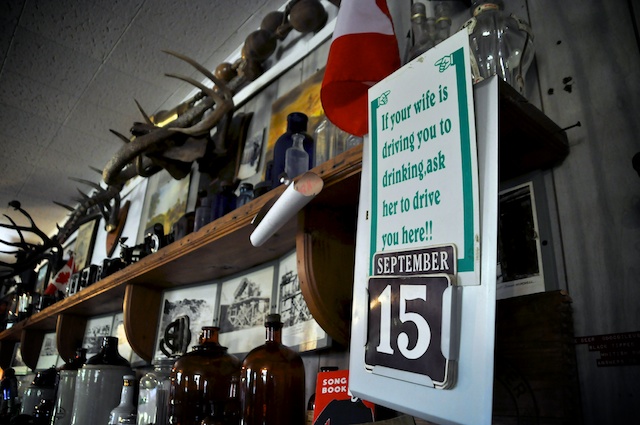 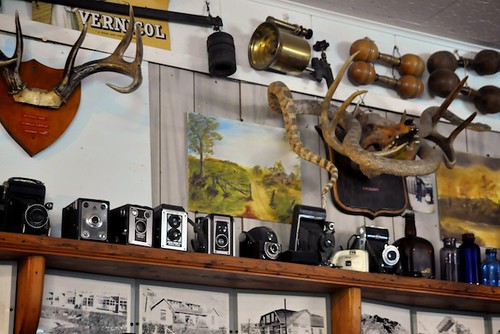 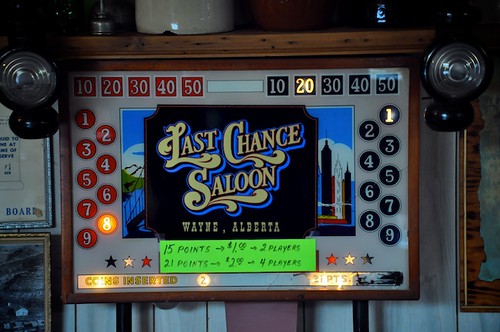 Our group stayed for dinner (before spending the night upstairs in 4 of 7 guestrooms) and Fred turned on the Band Box. Found in the old Calgary train station, Fred said it’s only one of two in Canada, and the other is in a private collection. It has been restored and while the band members jilted back and forth, almost animatronically, it belted out tunes courtesy of Tim Williams and the High Water Jug Band. 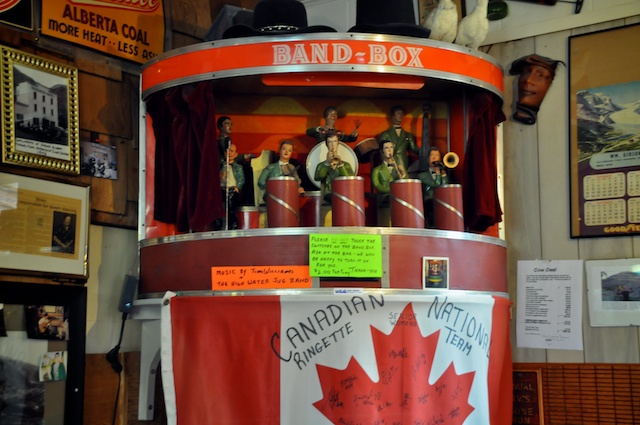 The Last Chance Saloon is a time capsule to which items and memories are being added every day. It’s a down-home family business (Fred’s wife Alisa runs the kitchen) that is the heart of Wayne, Alberta.

Next time you’re passing through, be sure to stop in for a bison burger with beans, home-made meat pie, or your beverage of choice served in a quart sealer (mason jar). There’s also live music on weekends. 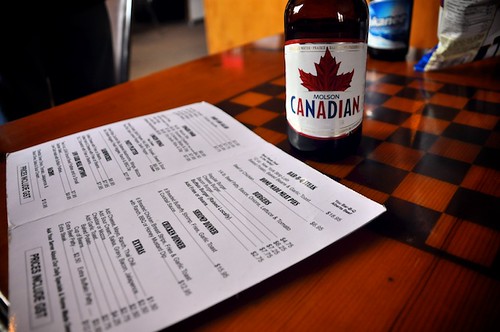 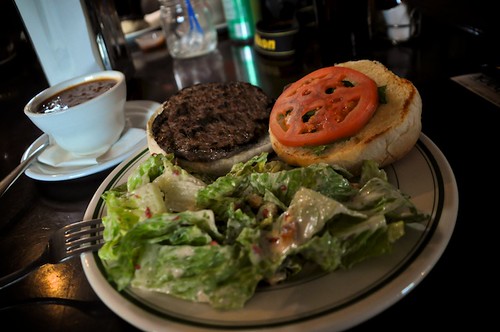 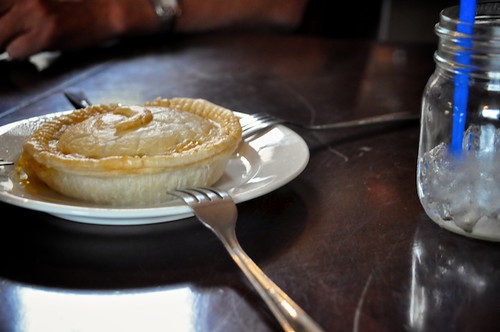 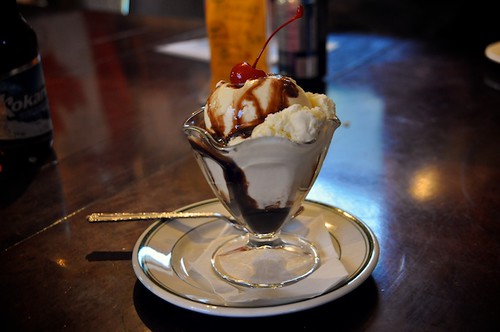 There’s WIFI, a confectionery next door, camping around back, and room for groups or parties (of 30-50 people) on the BBQ patio. Please note though, minors are only welcome on Sundays otherwise you need to be 18 years of age or older. The Last Chance Saloon is open from May to September every year.

Share27
Tweet
Share2
Pin2
Email
Reddit
WhatsApp
31 Shares
Current Contests on Miss604
*All contests are open to residents of Canada only, unless otherwise stated. Contest timelines are published on each individual post along with entry methods. Some contests may only be open to those 19 years of age and older. Winners are announced on the contest blog posts. Contest policy »

Also on Miss604.com
« Archives Photos of the Day: Taxicabs
Dinner and Comedy at Federico’s »