It’s where you can ride the Crazy Beach Party, visit Hell’s Gate, or take a spin on the Enterprise without leaving Vancouver. The Fair at the PNE has returned for the 101st year and with it children young and old will enjoy carnival games, marketplace shopping, livestock exhibits, rides, cotton candy, and more sticky-gooey tasty delights. Over the years the rides have changed, we’ve added a few and lost many, but there’s one that has been a mainstay and that’s the wooden coaster. The ride portion at the fair has held many names including “Happyland” before becoming “Playland” a few decades ago. From what I can find, there have been at least three iterations of a wooden coaster at the PNE including the Giant Dipper. According to Chuck Davis’ records, in 1927: “The Prince of Wales (later King Edward VIII) and his brother Prince George (later the Duke of Kent, and still later King George VI) visited Vancouver.” While here, “Edward tried out the Dipper one afternoon and liked it so well he returned in the evening.” Located on the West side of the grounds, the Giant Dipper was demolished in 1948 to make room for an expanding Hastings Racecourse track. The Dipper was a crowd favourite and there was much opposition when this was announced.

“THEY’RE TEARING DOWN the Giant Dipper at Vancouver’s Hastings Park today to make room for the extension of the racetrack. This may be good news to adult followers of the galloping bangtails, but it’s something close to a major tragedy for thousands of youngsters. Shown viewing the crumbling skeleton with nostalgia and sorrow is 14-year-old Bob. Said Bob, ‘If they want to rip things apart in this town, why don’t they start in on a few schools?’ The Giant Dipper has been a top attraction at the midway since 1925. It cost $65,000. It was almost a mile long, and the cars reached 40 miles an hour. The longest sheer drop was 60 feet—a thrill credited with having hastened the ripening of many a beautiful friendship.” [Source via The Province Newspaper]

When the new coaster went up in 1958 (at the location you find it today) it was the largest in Canada. The coaster was built board by board 53 years ago and reaches speeds of 45mph/72kmh and a height of 23m/75ft. It was designed by Carl E. Phare and was built by Walker LeRoy as a part of the vision for Playland. 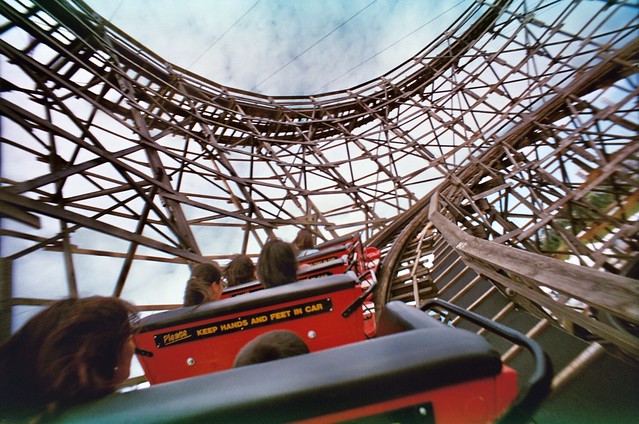 It’s ride that you either love, hate, or love to hate. I’m not sure it’s scary because of the dips and turns, or because it feels like it could fall apart at any minute. Regardless, it’s always a thrill that leaves me with an unwipable smile after each go. 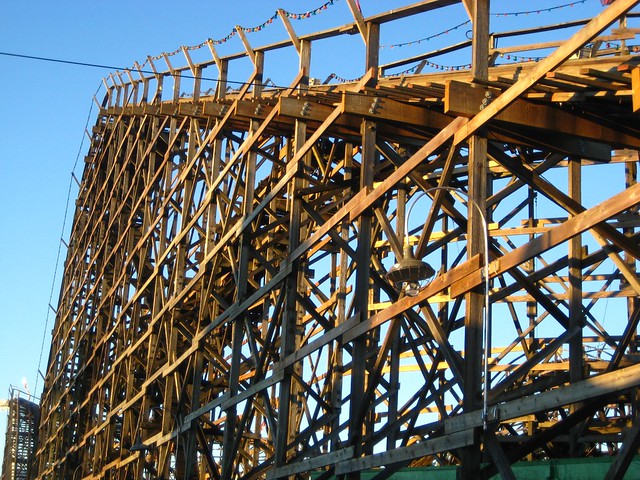 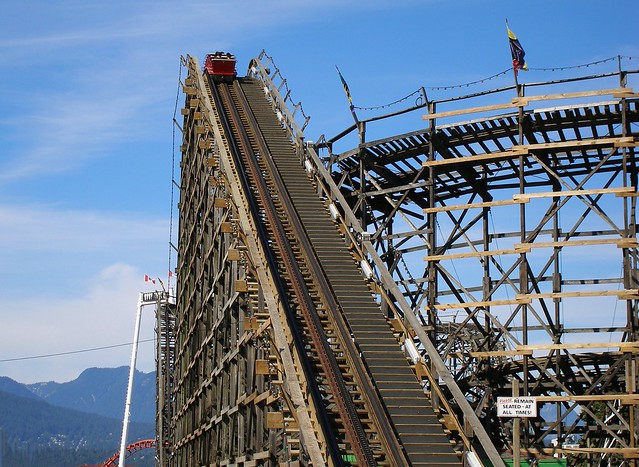 Today, it’s the oldest operating coaster in the country. It’s frequently been named to “Top Ten” lists for wooden roller coasters around the world and has received an official “Coaster Landmark Award” from the ACE. 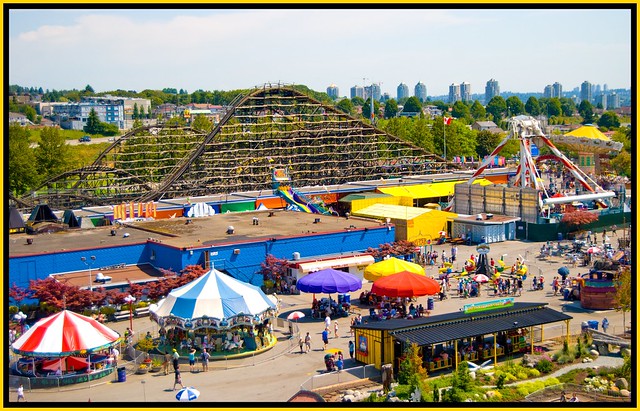 The PNE will run until September 5, 2011 and after that time Playland will still be open on weekends until the end of September. If they bring back Fright Nights this year, you can even ride the coaster in the dark this fall.

Share201
Tweet34
Share2
Pin102
Email
Reddit
WhatsApp
339 Shares
Current Contests on Miss604
*All contests are open to residents of Canada only, unless otherwise stated. Contest timelines are published on each individual post along with entry methods. Some contests may only be open to those 19 years of age and older. Winners are announced on the contest blog posts. Contest policy »