Lumberman’s Arch is a popular meeting place and landmark on the North side of Stanley Park, West of Brockton Point. The single log propped up by two others is a monument to the major industry that built up our province and was installed by the Park Board and the BC Lumber Manufacturers Association almost 60 years ago. 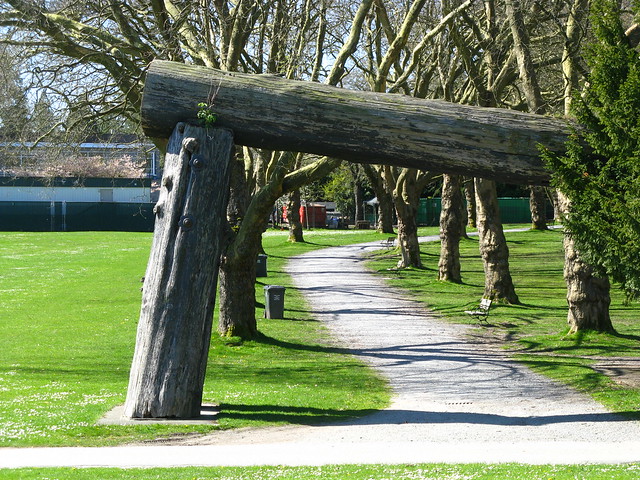 The current arch is situated on the site of the former Xway-Xway First Nations village and was likely a communal meeting place in Coast Salish culture.

From the Stanley Park Ecology Society: “If we were to peel back the grass in this area, we would probably find post-holes from the long shacks built by the villagers. Evidence from a large midden (native garbage and sometime burial heap) that extends along the lower part of this area (4.3 acres) indicates that there has been some form of settlement for over 500 years, maybe longer.

During the creation of Park Drive in 1888, ground-up shells from this midden were dug up and used to pave the road. In the course of excavating the paving material, workers (who kicked the resident natives out of their homes and moved in) discovered stumps of dead cedars over 500 years old and exhumed a number of skeletons. Coast Salish natives stopped using this type of burial years before, in favour of cedar boxes or slabs containing the bones placed in tree boughs or on the forest floor.

A proper archaeological excavation has never occurred at this site, but we do know that there was a native settlement here from at least the early 1860s, consisting of four small dwellings and one communal lodge. Musqueam and/or Squamish peoples may have used this site at varying times of the year.”

It was on this day in history that the original Lumberman’s Arch was moved from Pender and Hamilton to the location we see the current arch today. Originally, the arch was a much larger structure and was constructed in 1912 for the visit of the Duke and Duchess of Connaught. 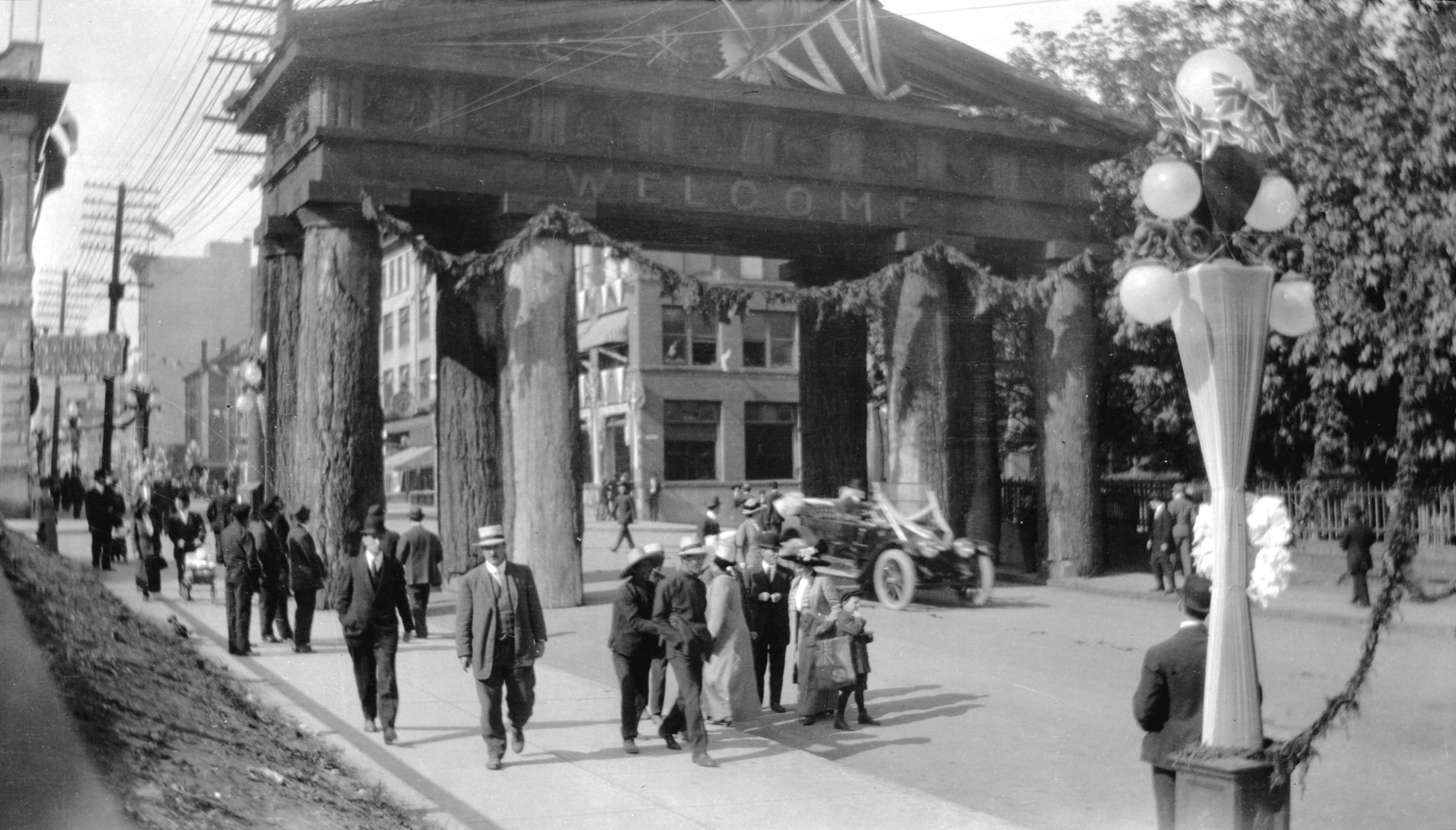 The date of the move, as Chuck Davis (from Vancouver History) has it, is 1919 although there are some photos in the Vancouver Archives that show the arch at its current location in 1913. 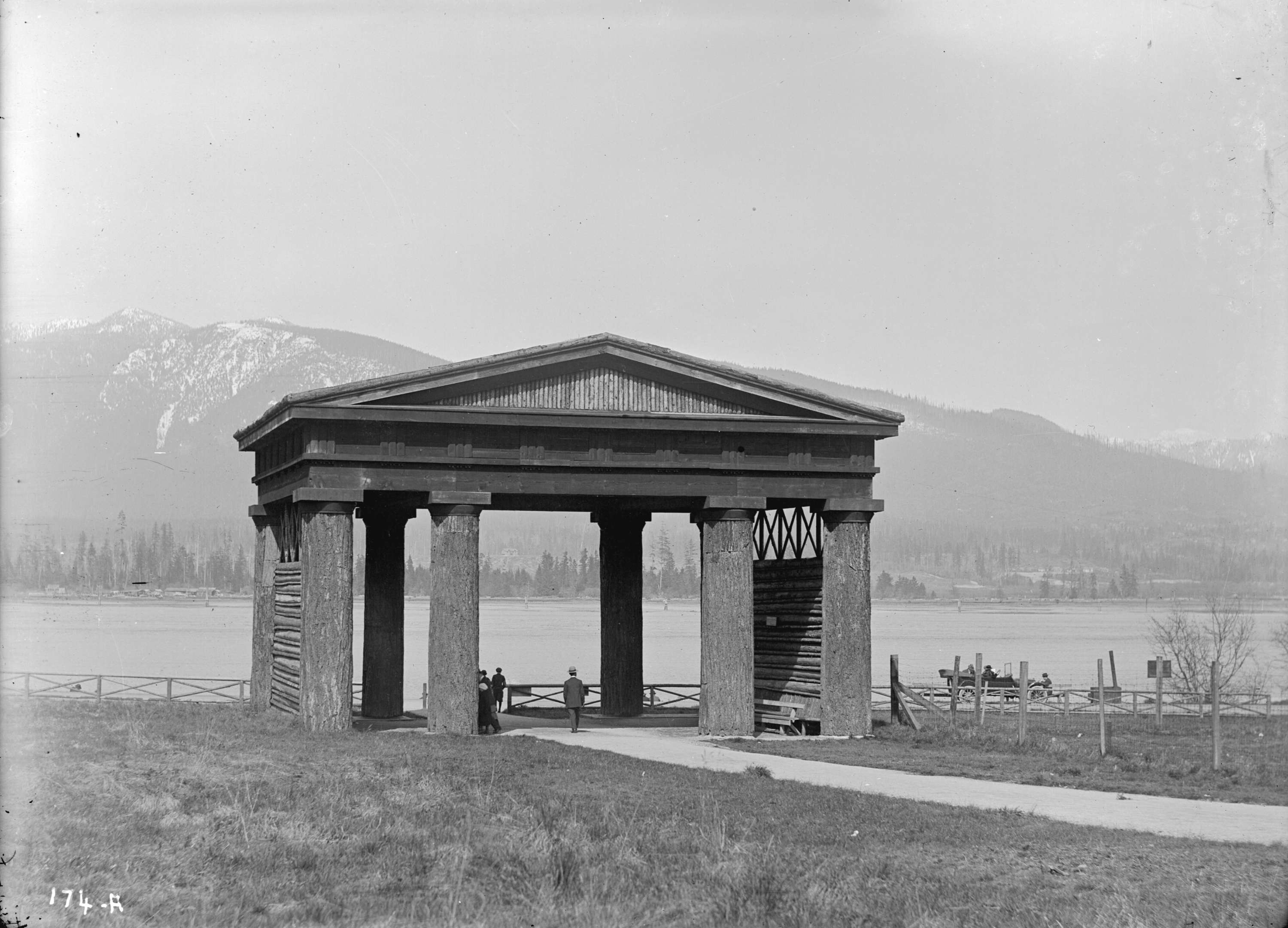 The original structure was nicknamed “The Bowie Arch”. When inevitable deterioration set in, it was demolished in 1947 and was replaced by the simpler version we see today in 1952. 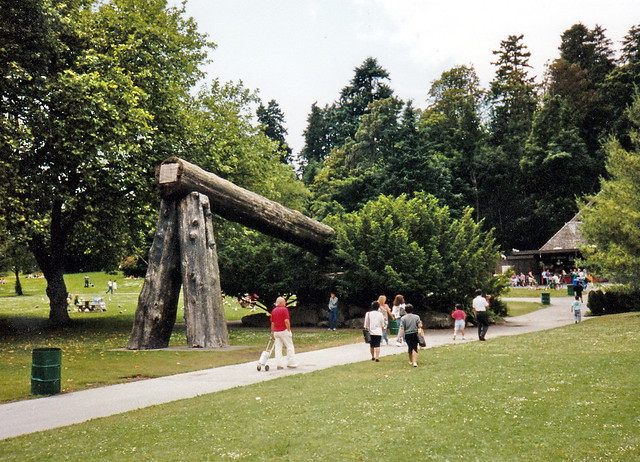 If you’re cutting up from the water park and sea wall, starting off a fun run, or heading down from the Vancouver Aquarium or the Artists’ Circle, you’ll walk through Lumberman’s Arch. Discover more Stanley Park monuments, statues, and plaques in the Park Board’s directory.

Share13
Tweet8
Share2
Pin8
Email
Reddit
WhatsApp
31 Shares
Current Contests on Miss604
*All contests are open to residents of Canada only, unless otherwise stated. Contest timelines are published on each individual post along with entry methods. Some contests may only be open to those 19 years of age and older. Winners are announced on the contest blog posts. Contest policy »