Though I usually write about films and plays —things that happen in theatres— for this post, I will be writing about homes. A few weeks ago, the West Vancouver Museum held its six annual home tour, featuring five West Coast modern homes, which I attended and which I knew I had to write about. But such a topic isn’t completely incongruent with what I usually write about. Because after all, homes are the theatres of our everyday lives. 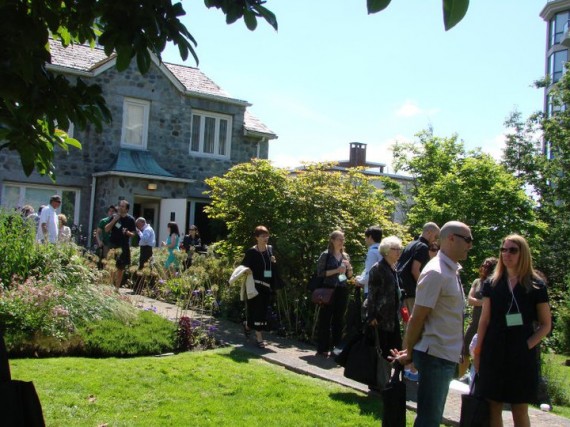 The event started just before noon with hundreds of participants gathering at the West Vancouver Museum as a starting point and piling on buses with prominent Vancouver architects serving as tour guides (lucky participants). There were also people who decided to do the tour on their own, collecting maps disclosing the locations of the houses, and jetting off in their cars.

The first home I visited was the Hancock Family Home, designed by Mel Lauder (who built approximately 400 houses in the Greater Vancouver area) in 1959. When the Hancocks first moved into the house in 1991, it was in a state of disrepair. There were rats in the ceiling, casement windows hanging by one hinge, and all the woodwork had been painted pink. It took current homeowner architect James Hancock and contractor Francis Jacquet over 25 years to turn into the ideal West Coast modern family home.

When I arrived at the next home I had every intention on taking notes, but I was so distracted by how dramatic the house was that I didn’t write a single word.

The Taylor Residence was built in 1983 and designed by famed architect Dan White. Geographically, you would think the site would be impossible to build a house on because not only does the site consist of a steep river gully, but the gully leads over a cliff to the ocean. The house was built for bridge-engineer Peter Taylor and his wife, and with the home built to the very point where the gully plunges over a cliff, it actually looks like a bridge—only a very habitable one.

The Water Lane Residence was built only last year by Mason Kent. The challenge of the site was a massive rock and both the owners and the architect did not want to blast it but wanted to work around the environment, one of the key characteristics of West Coast Modernism. The house tightly wraps itself around a massive rock outcropping, there are tons of skylights allowing natural light to filter throughout, and large windows and eclipse doors, which help being in the continuous flow between inside and outside. I really loved this house and I related to it the most for some reason. 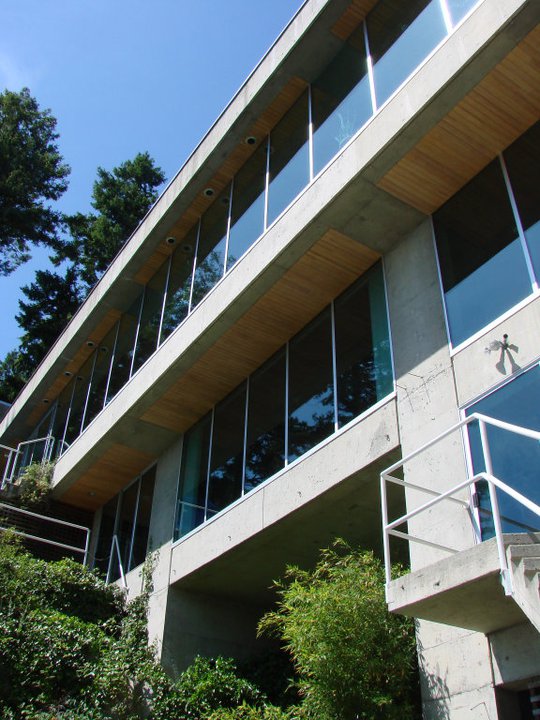 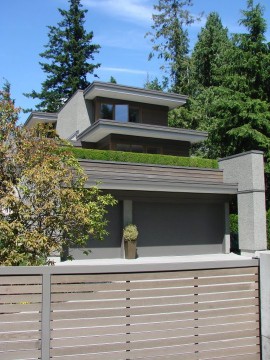 The Vaughan Residence, whose builder is unknown, was next but whose owner and renovator is very well known. Don Vaughan is one of Vancouver’s most prominent landscape architects, primarily known for his collaboration with Arthur Erickson on various projects including the Museum of Anthrolopology, Simon Fraser University and the Law Courts. Needless to say, the surrounding grounds were beautiful with bamboo, ponds, and gorgeous gardens.The house itself is truly a product of a family changing throughout the years and that change is reflected in the expansions and nooks (both he and he wife are now retired and now artists and have studios in separate parts in the house). It was a incredibly warm home, inside and out, and the fact that Don Vaughan offered me cookies in the kitchen, added to the warmth.

Last but not least was the Plummer Residence–a true jewel and prime example of West coast mid-century modernism. Designed by famed architect Fred Hollingsworth, the house was built in 1953 for his longtime friend and lawyer Robert Plommer. Stepping into this home is like stepping into a museum—a very livable museum. The owners, Francesca Patterson and Peter Rozee, have almost been religious in preserving the home, even going as so far as to wait over four months a mid-century fawn beige toilet ordered from a supplier in Kentucky.

I loved this tour and I’m absolutely going back next year. And though it may seem pricey ($100), I would have to say it’s really worth it and obviously I’m not the only one—considering that the event was sold out. I urge all Vancouverites to go next year (get your tickets early) because not only is the tour incredibly organized (stocked with an army of volunteers—special shout out to volunteer Katherine Tong for driving me that day) and a pleasant way to spend your afternoon, but it was also incredibly educational on the history of West Coast living.