Canucks fans are everywhere; on the streets, in the airports, and on every continent. When we used to do The Crazy Canucks podcast, we had listeners in New Zealand, China, the United States and the UK. Whether it’s expatriates now living abroad or international fans of the game in general, hockey crosses oceans or borders. On what is most certainly the most important day in Vancouver Canucks history, I woke up at 4:45am and saw John off to work at the station. Usually I’d go back to bed but on a day like today, how would I ever calm down enough to get back to sleep? I decided to hit Twitter to see if someone, a Canucks fan, in another time zone wanted to chat about playoff fever in their neck of the woods. While I was poking around Nuck-Yeah.com, a resource that lists pubs and places to watch Canucks games from San Diego to Seoul, I received a reply on Twitter from Katie @muffinmyth. She lives in Sweden and is fully prepared for tonight’s final match-up. 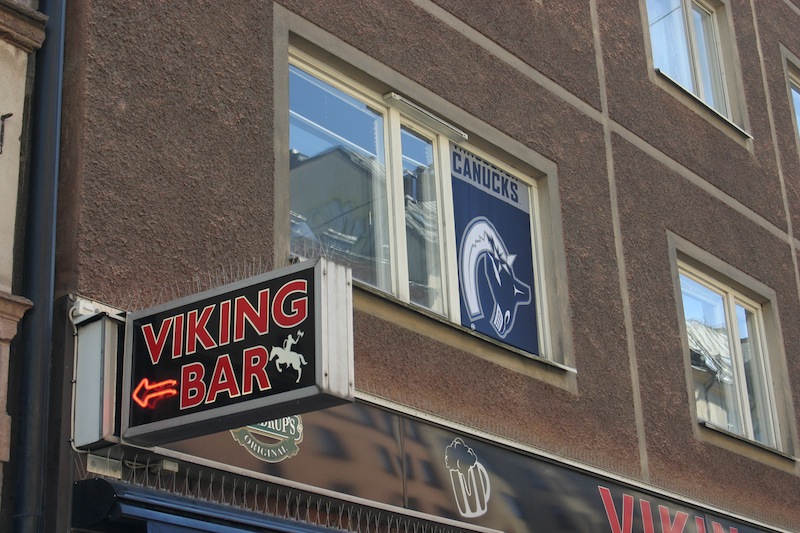 Canucks in Stockholm. Photo courtesy of Katie from The Muffin Myth

Born and raised in Vancouver, Katie has been splitting her time between Stockholm (where her Saskatoon-born husband got a job) and Vancouver while she finished her degree at UBC. “I was here for about 6 months of the last year and a half,” she told me. “Tragically, my flight left Vancouver about an hour after the puck dropped on game 1 of this series. I am hoping to get back to Vancouver twice a year, but it’s a long and expensive trip, so we’ll see.” Her allegiance is to the Canucks, or “any Canadian team, so long as they’re not playing against us.”

I asked her how easy it was to catch a playoff game in Sweden. “We had to pay an extra 75 crowns (about $10) per month for some special sports channels, and now we get all of the games. They are played live, and then re-played commercial free a few more times. They are live at 2:00am, so not much interest in going to a sports bar or getting a crowd together to watch, unfortunately. It makes me homesick seeing the crowds in Vancouver.” 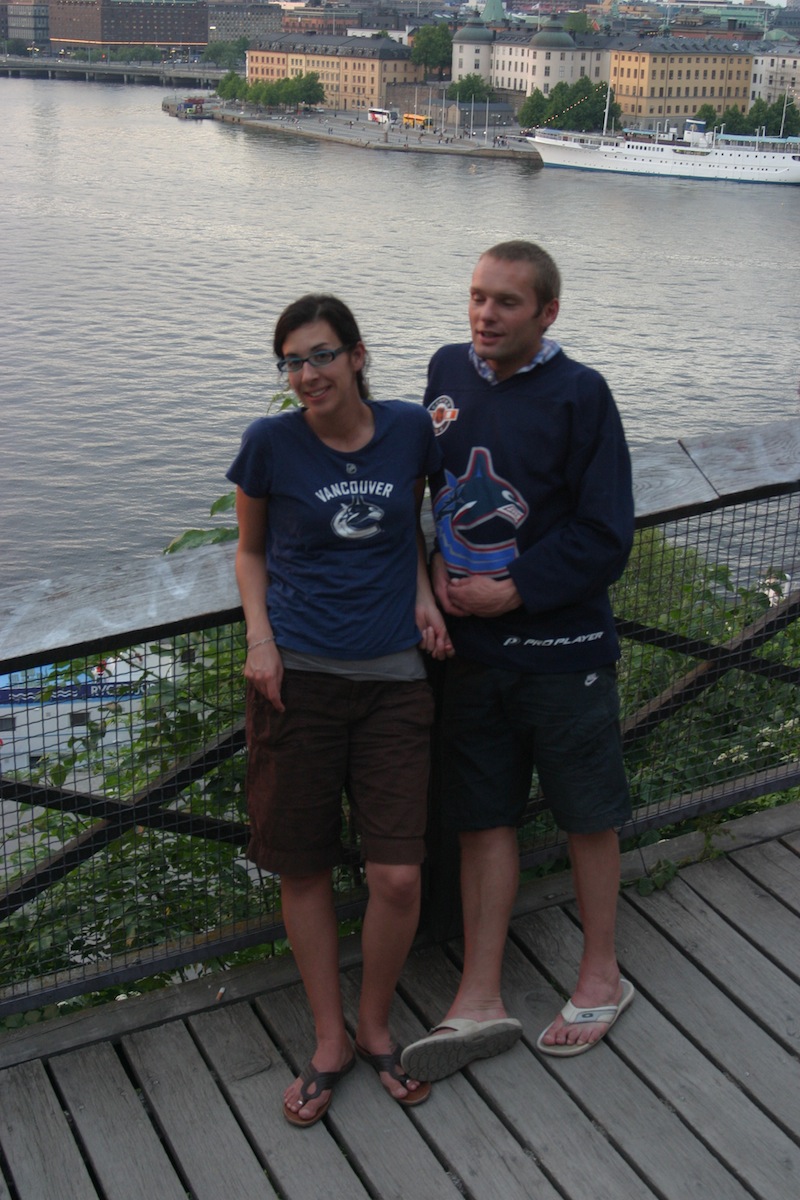 Photo courtesy of Katie from The Muffin Myth

Since the Canucks have their fair share of Swedes on the team, I also wanted to know if there’s a visible or palpable excitement around town surrounding the Stanley Cup finals. Katie said there’s “a little” but she has been stopped a few times wearing her Canucks t-shirt. “The Sedins are a pretty big deal here, so most people want to talk about them. My husband plays hockey with some people from work on Friday mornings and he says that every day people are talking to him about the Canucks.”

As for predictions from across the pond? Katie said it will be close, but a win. “And I said that if the Canucks won the Stanley Cup that I’d run naked down my street in Stockholm. My mother-in-law suggested I wear a flag instead, therefore I acquired the flag which is now flying out our window.” She added that most wouldn’t understand why a naked Canadian would run down the street at 5:00am local time so she’ll stick with the flag idea.

There’s much appeal to Vancouver, around the globe and throughout Canada. After all, we threw a pretty great party last year. However, not everyone is a Canucks fan. We don’t get the East Coast vote (for example most Haligonians identify with the Bruins), and it was determined at the beginning of the playoff run that we’re not really “Canada’s Team”… but I think that’s okay with everyone around here.

Who we are is a community of fans who have ridden the incredible roller coaster that comes with being a supporter of this team, some for a full 40 years. There are ups and downs, it’s scary, and sometimes you get flipped head over heels. In the end, there’s no rush like it.