As a part of the continuing celebrations for Vancouver’s 125th anniversary, Summer Live will showcase the best of BC entertainment with a free 3-day concert series in Stanley Park this July. This afternoon participating artists were announced and the line-up is certainly impressive – the zero dollar price tag almost seems unreal. Confirmed acts so far include Mother Mother, Dan Mangan, Said the Whale, We Are the City, Hannah Georgas, Dal Richards, The New Pornographers, the Vancouver Symphony Orchestra, Kyprios, and many more. 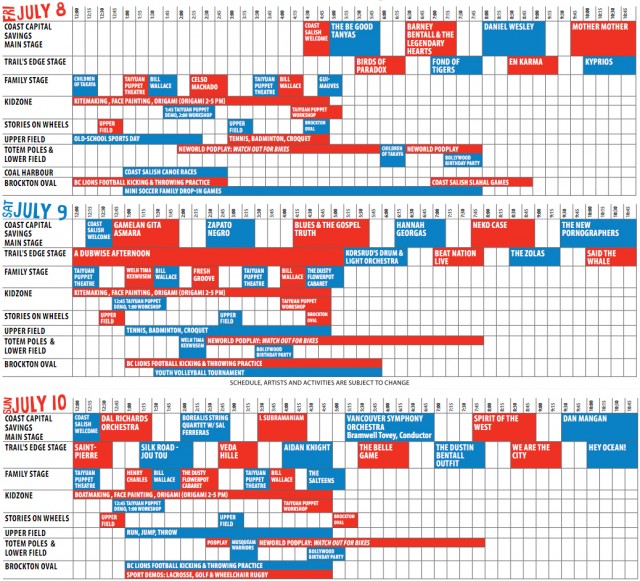 There will also be a beer garden courtesy of Stanley Park Brewery and water stations around the site (bottled water will not be sold at the event so bring your own bottle).