While on a photowalk through Stanley Park recently I grabbed a few shots of the site of the Cathedral trees. New evergreens reaching up to the sky from their oversized stumps just off the Cathedral trail, I realized that I haven’t yet shared the tale of the Seven Sisters. 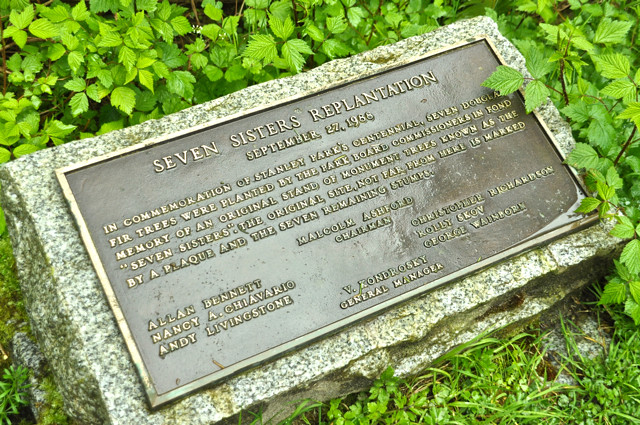 The group of majestic trees was axed decades ago as they were getting too big, too old, and could have been a hazard for park visitors. As the plaque above states, in 1986 they were replaced with a newly-planted batch of evergreens. However, if you’re into local folklore, there’s another part of the story about the Seven Sisters that is a bit more… spiritual. 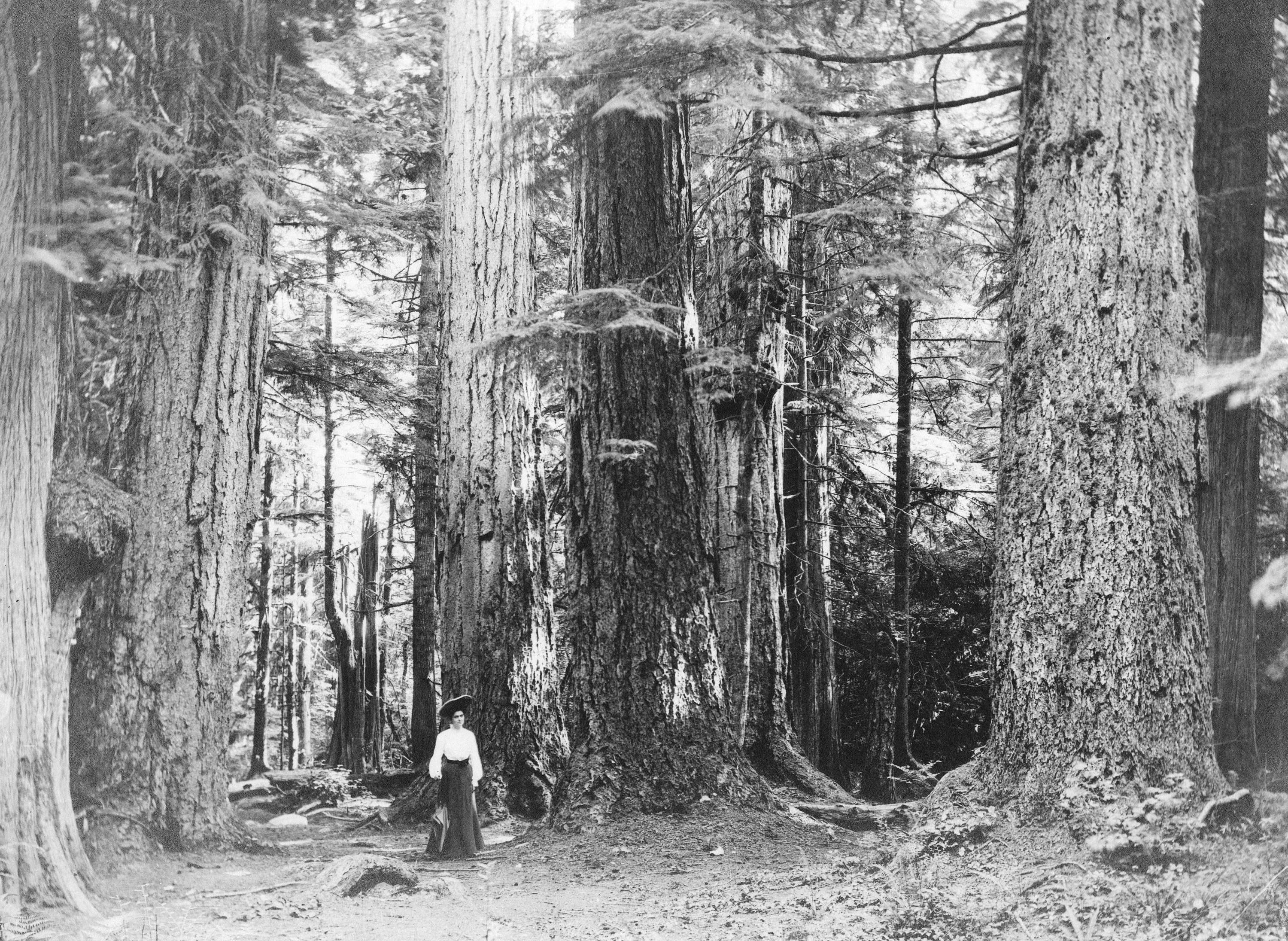 “There is a well-known trail in Stanley Park that leads to what the white man calls the “Seven Sisters”, and I always love to call the “Cathedral Trees” – that group of some half-dozen forest giants that arch overhead with such superb loftiness.” Pauline Johnson (Legends of Vancouver) wrote of the Seven Sisters in “The Lure in Stanley Park” – a legend told to her by local First Nations. It’s a bit of a scary story, as the “lure” is described as a “witch-woman” that haunted the park (and other parts of Vancouver along Burrard Inlet). She was punished and turned to stone, however the stone was still cursed by her power.

“The lure in Stanley Park is that most dreaded of things, an evil soul. It is embodied in a bare, white stone, which is shunned by moss and vine and lichen, but over which are splashed innumerable jet-black spots that have eaten into the surface like an acid.” When coming near it “…your will-power is dwarfed, your intelligence blighted, your feet will refuse to lead you out by a straight trail, you will circle, circle for evermore about this magnet…” wrote Johnson.

It’s not all doom and gloom though. To protect those who ventured into the park from the lure, seven of the kindest souls were turned into trees, lined up to protect park visitors. “At the end of the trail we must place so good and great a thing that it will be mightier, stronger, more powerful than this evil. So they chose from the nations the kindliest, most benevolent men, men whose hearts were filled with the love of their fellow-beings, and transformed these merciful souls into the stately group of “Cathedral Trees”. Johnson wrote that the trees are protectors. Regardless of belief in legends or lore, I for one am just happy the trees were replanted. 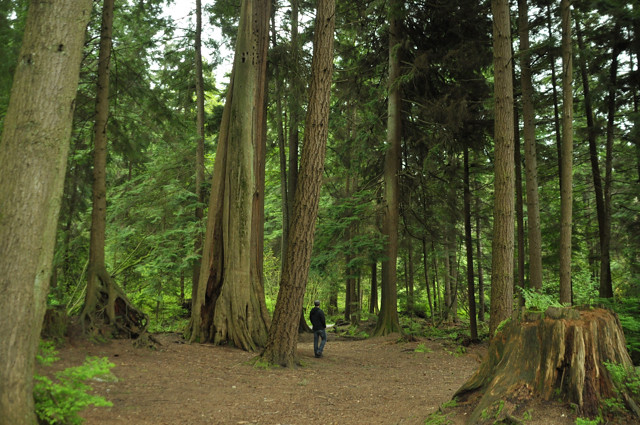 Pauline Johnson began writing her Legends of Vancouver based on her encounters and time spent with her good friend Chief Joseph Capilano. He’s the one who told her of Salish culture and local legends which she then wrote published in the Vancouver Daily Province from 1910 until 1911. Her book is actually in the Public Domain and you can pick it up at bookstores, on Amazon, or download for free using the iBook app on your iPhone.

Share26
Tweet8
Share1
Pin
Email
Reddit
WhatsApp
35 Shares
Current Contests on Miss604
*All contests are open to residents of Canada only, unless otherwise stated. Contest timelines are published on each individual post along with entry methods. Some contests may only be open to those 19 years of age and older. Winners are announced on the contest blog posts. Contest policy »