The first Granville Street Bridge opened on this day in 1889. Spanning False Creek, it was but a low-rising timber trestle designed mainly by the CPR.

In 1909 the Granville Bridge would be rebuilt in steel with a through truss swing span. 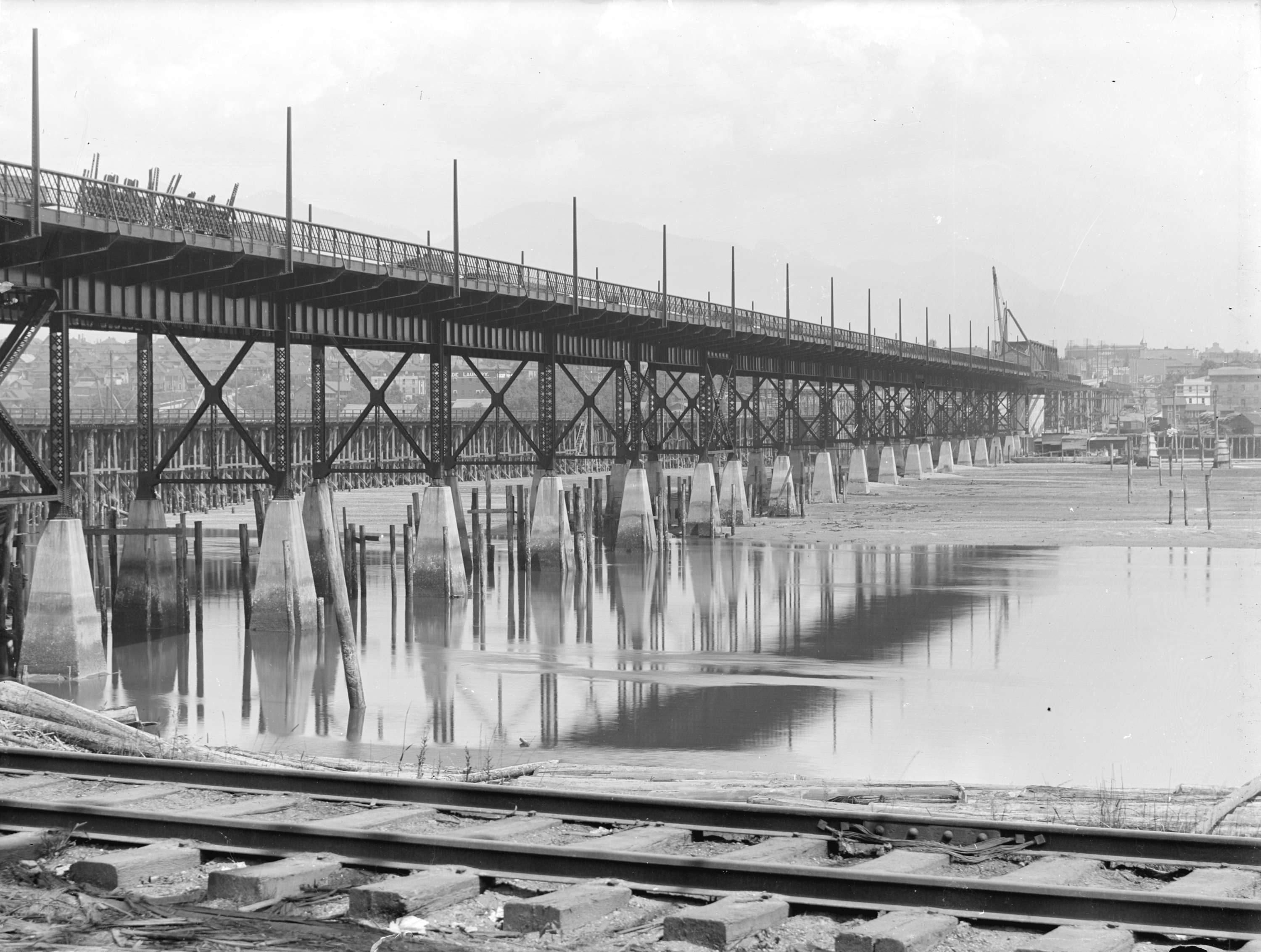 The first civilian to drive over it would be the first again 45 years later when the third iteration of the bridge (which we use today) opened up on February 4th, 1954. The woman cruised over in a brand new Cadillac each time. [source] While the Granville Street Bridge itself lacks ornament or era-specific aesthetic like the Burrard Bridge, it offers one of the most stunning views of our city, placing the bright neon of our entertainment district against a majestic mountainous backdrop when heading North. 121 years after the first Granville Street Bridge was built, the eight-lane thoroughfare we know today is crossed by thousands daily on foot or by bike, bus, and car between downtown and South Granville.