Yesterday I began a new Readers’ Choice series where I answer questions that my readers or Twitter contacts have about local history. Continuing on today I’ll tackle another question:

TylerIngram: @Miss604 What about the old ferry that used to go from vancouver to dunderave (West Van)? 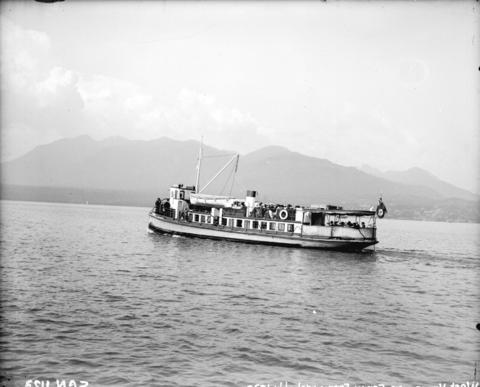 The West Vancouver Ferry began service in 1909 and ran across the Burrard Inlet from Vancouver to Dundarave.

From the West Vancouver Library: “The first ship was a 35-passenger boat called the West Vancouver, which ran between the 17th Street dock and Columbia Street in Vancouver. The ferry fleet was expanded in later years to run between the Vancouver Wharf, English Bay, Hollyburn, the Great Northern Cannery, and Caulfeild. These ferries were directly responsible for the growth in the Hollyburn and Dundarave areas and the development of businesses around the 14th, 17th, and 25th streets.” 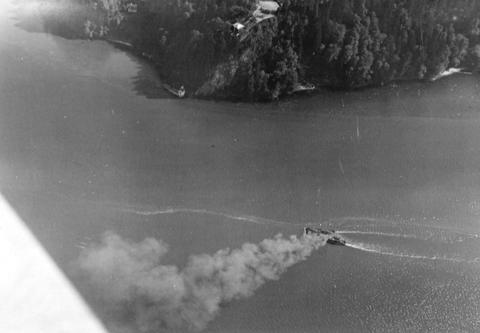 By 1912 the ferry service had fallen on hard times. VancouverHistory.ca reports that it was then taken over by the municipality and would lose money for another 12 years. By the mid 1920s the ferry service was thriving once again as people along the West Coast were moving about (and the border crossing at the Peace Arch was constructed). The ferry service was eventually replaced entirely by the Lions Gate Bridge crossing, ending service in 1947. 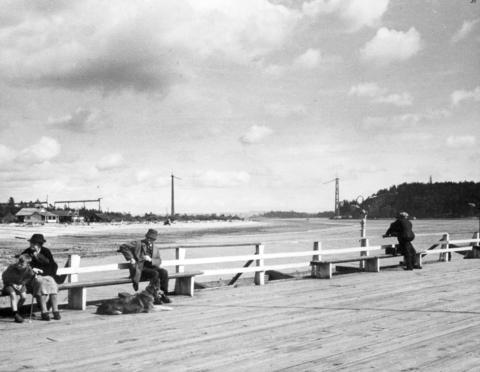 In 1988 the former ferry building at 101 14th Street in West Vancouver, built in 1913, was rehabilitated by Howard/Yano Architects to become an art gallery. The ferry terminal is now the Dundarave Pier. I have a few more questions on deck to answer however if you would like to submit a topic or question for the Readers’ Choice history series, please feel free to leave a comment or contact me directly.