33 years ago today Harbour Centre was officially opened and at 481 feet, it was the tallest building in Vancouver at the time.1 Harbour Centre is the home of The Vancouver Lookout, a revolving restaurant, a mall, various businesses and tech firms, as well as one of SFU‘s downtown campuses. 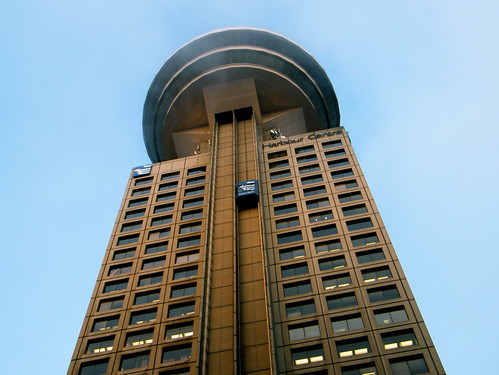 In 1977 it was called the Sears Tower and within it, the revolving Harbour House Restaurant (now the Top of Vancouver) had a special guest for the occasion. Neil Armstrong (the man who walked on the moon) left a set of footprints in fresh concrete that are still on display today.2

The building sits at the location of the old Spencer’s Department Store which was demolished when Sears moved in. Still standing on the other corner, at West Hastings and Richards, the David Spencer building currently houses offices and the SFU campus. 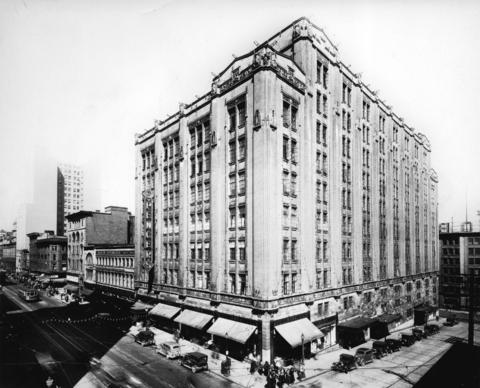 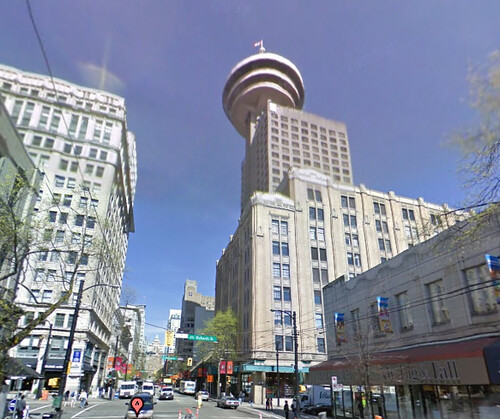 I have yet to make it up to the Vancouver Lookout but those I’ve spoken to said it provides an unparalleled view of the city. 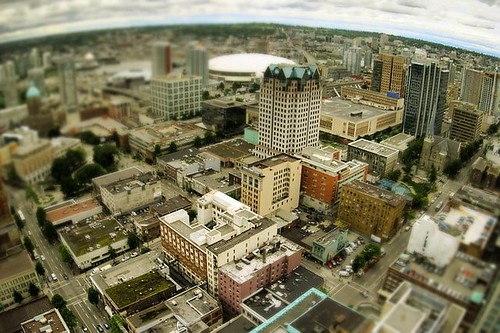 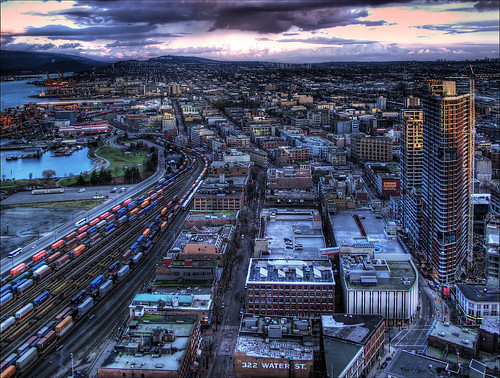 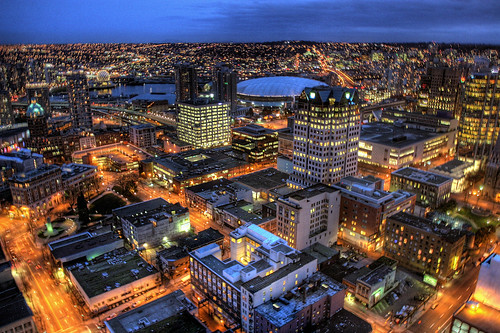 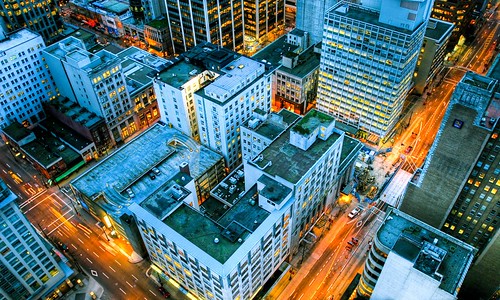 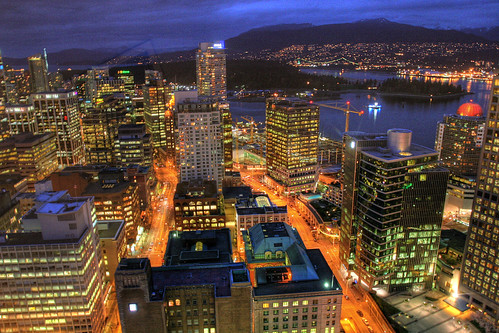 Tickets to take the glass elevator up to the observation deck at The Lookout are $15 for adults, with free admission for children 5 and under. Reservations for the Top of Vancouver revolving restaurant, where you can dine at 553 feet, can be made anytime and they serve brunch, lunch, and dinner. 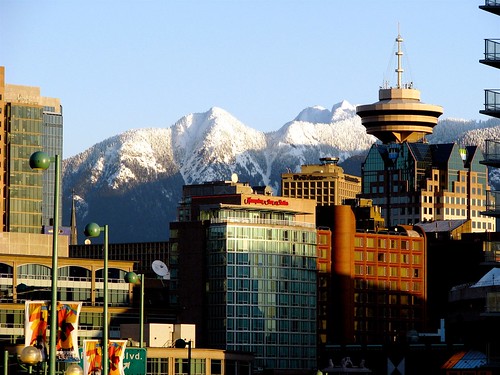 While it’s no longer the tallest building in the city, it is a unique part of our skyline — and it’s been a part of my banner image since 2006. Adorned with glowing red lights during the Olympics or green during the winter holidays, it’s a modern Vancouver icon. Happy Birthday, Harbour Centre!

Also on Miss604.com
« River Rafting in the Fraser Canyon with REO Rafting
Five Hole for Food »