We may know it as a single complex but the Sinclair Centre started out as four separate buildings, built around 1910 and brought together in the 1980s. 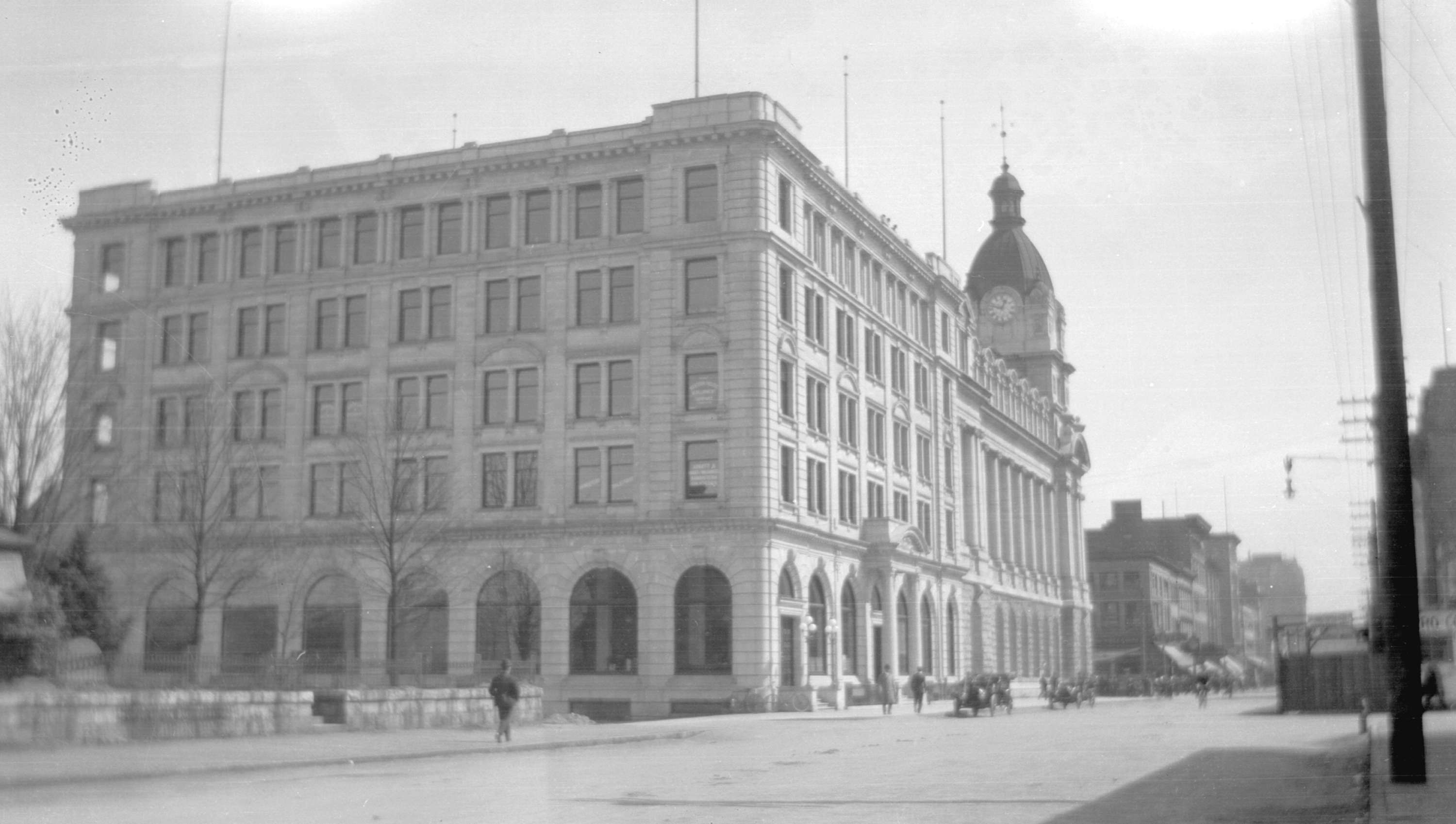 I recently featured the buildings in one of my Then and Now posts so when Marc invited me down for a private tour of the heritage building I jumped at the chance. 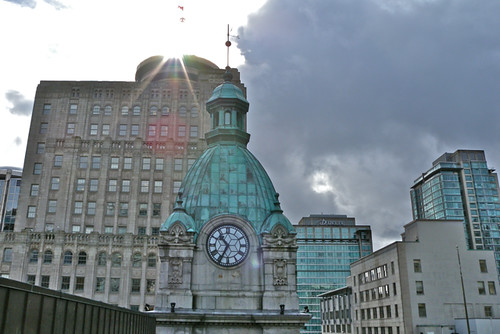 The Sinclair Centre joins together four buildings with a glass atrium:

The Post Office (1910)
It’s style is described as Edwardian Baroque and was the main post office in Vancouver until the late 1950s. Its 12-foot diameter clocks, which sit in the tower above Granville and Hastings, were restored in 1986.

The Winch Building (1911)
Located on the corner of Howe and Hastings this building was built by cannery pioneer Richard Vance Winch. It was designed by Thomas Hooper and was completed for $700,000 and sold to the federal government in 1925.

Customs Examining Warehouse (1913)
Sitting Howe and Cordova, this building was designed by Public Works’ Chief Architect David Ewart and was built by the federal government as a warehouse to handle federal requirements on imported goods. It was used by Customs until 1958. Until recently it was also the home of Morton’s Steakhouse. 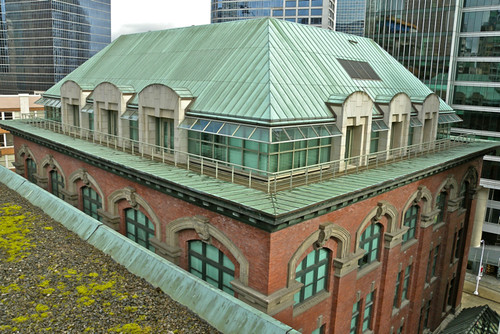 The Federal Building (1937)
At the corner of Granville and Cordova this was built as an extension of the Post Office.

In 1983 it was announced that a block of four buildings downtown (between Granville, Hastings, Howe and Cordova) would get a $40 million facelift. This brought them together under one glass atrium roof, and one name. James Sinclair, a businessman from West Vancouver and also the father of Margaret Trudeau, was the development’s namesake. [source: VancouverHistory.ca] 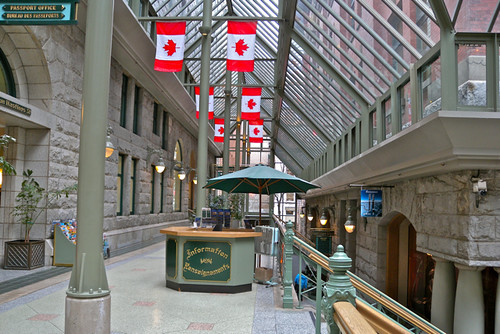 The tour took us through the food court, past the Government of Canada Passport office, onto the roof of the Winch Building. The architecture in the Post Office and Winch Buildings is absolutely beautiful. Marble staircases, brass fixtures, copper roofs and the tiniest engraved details. 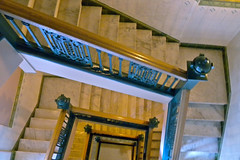 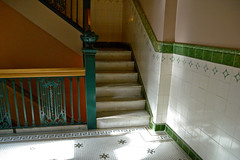 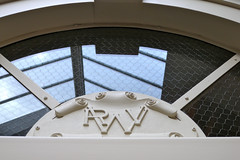 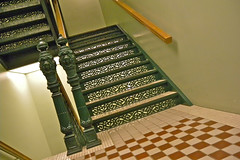 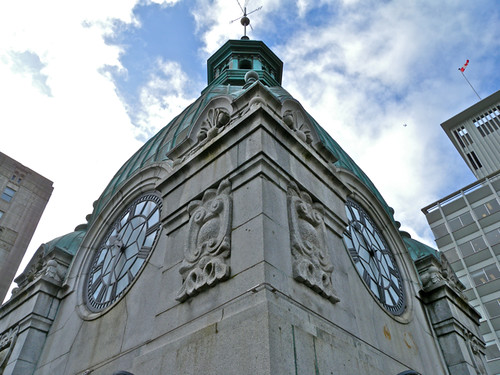 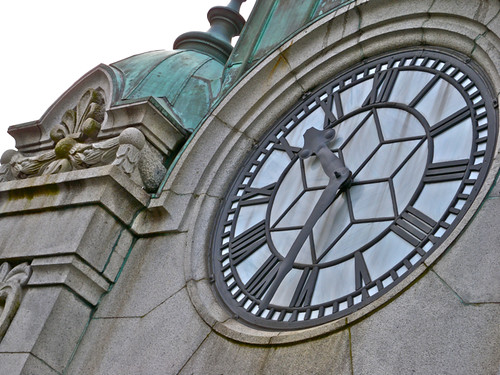 From the roof we went back inside and over to the tower entrance to get an inside-out look at the timepieces. 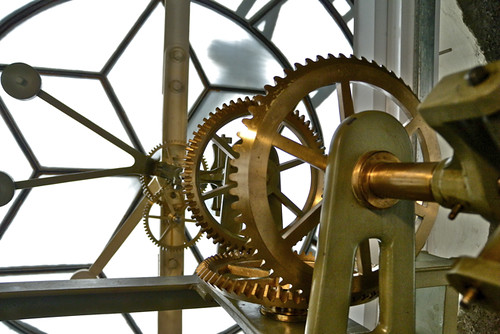 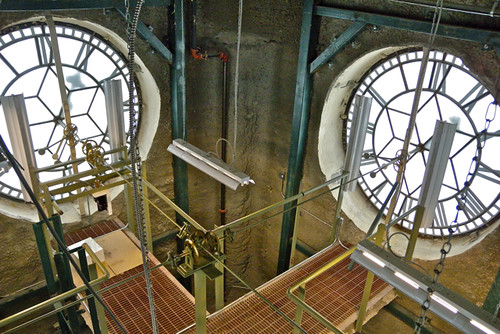 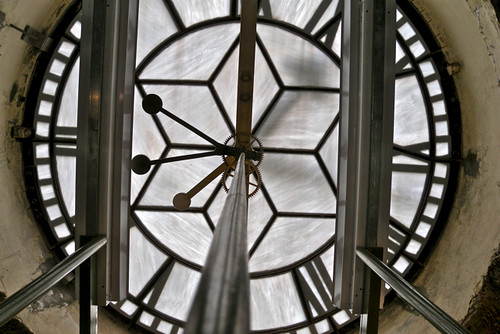 As I stood atop a spiral staircase at the very peak of the clock tower I looked out windows at the street below. The seabus passed from one side of the North-facing window to the next while a horn honked at a pedestrian crossing the street down below. A carving on a wooden side panel told me that Clint wuz here before me and I could only imagine those who must have stood here a hundred years ago. 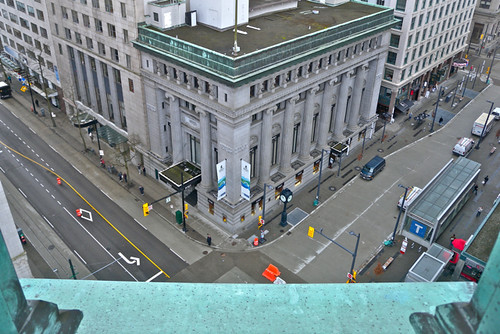 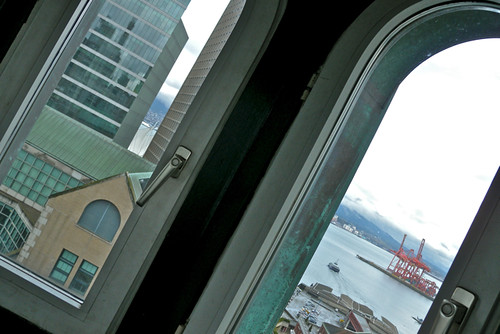 The offices are still used by various arms of the Federal Government while boutiques and shops (such as Leone and Armani) are over in the Winch Building. The original bell from the tower is on display in the Sinclair Centre food court. 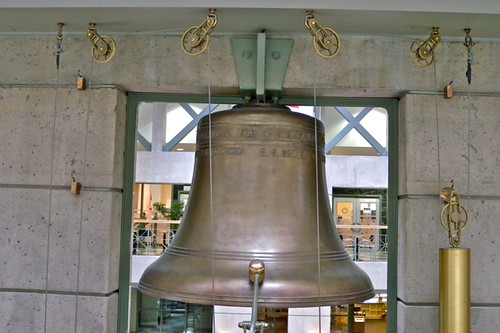 I made my descent with hands covered in dust and the smell of old library books in my nostrils. I write quite a bit about our city’s history but it’s opportunities like this, through hands-on exploration, that keep my passion (and curiosity) brewing.

The rest of my photos from today are online in this Flickr set.

The Sinclair Centre will have a special announcement in about a week so I will write a follow-up post at that time.

Share4
Tweet3
Share2
Pin
Email
Reddit
WhatsApp
9 Shares
Current Contests on Miss604
*All contests are open to residents of Canada only, unless otherwise stated. Contest timelines are published on each individual post along with entry methods. Some contests may only be open to those 19 years of age and older. Winners are announced on the contest blog posts. Contest policy »