During our weekend visit to Whistler, we decided to walk over to the Squamish Lil’wat Cultural Centre. John and I love feeding our brains, learning about different cultures and learning more about the history of the places we call home.

The Squamish and Lil’wat Nations are two very distinct cultures that have always lived side by side. Whistler is actually situation in shared territory.

“In 1997 the Resort Municipality of Whistler (RMOW) met with the Lil’wat Nation to consult about opportunities for the Nation’s participation and presence in Whistler BC. Out of these discussions, the idea of a world-class cultural centre was born and a relationship in the spirit of goodwill and cooperation evolved.

Mindful of the historic precedence of shared lands and the overlapping interests in land stewardship, the Lil’wat Nation met with the Squamish Nation in 1999 to discuss land use and planning in areas of traditional territory overlap. As a result, in 2001 the two Nations signed a Protocol Agreement, which formalized our mutual relationship. This historic Protocol Agreement commits us to continued co-operation in matters of cultural and economic development, and co-management of shared territory.” [Tale of Two Nations] 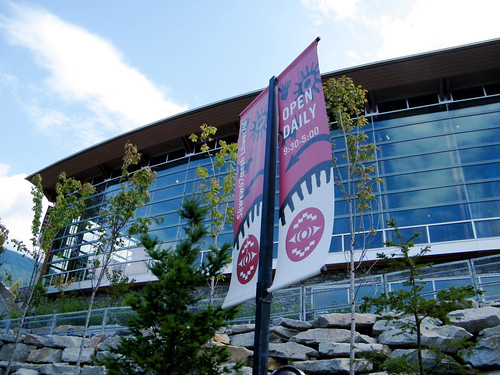 The Cultural Centre is a gorgeous new building with traditional touches and features. At the start of our tour we watched a movie about the land and the people, which was beautifully made. 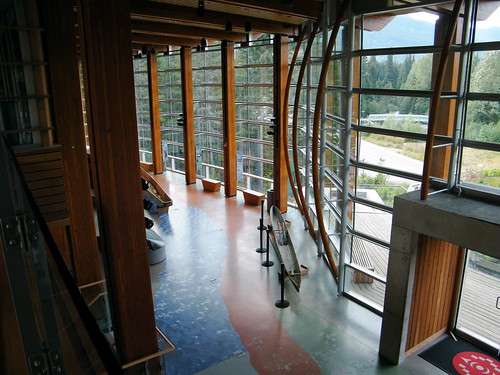 We were guided by our Ambassador through galleries, taught some amazing facts, and told several twists on ancient stories. We learned about things such as how you should only take two hand-widths of bark from a tree (so it doesn’t go into shock) when using it for weaving and how it took them 6-10 years to complete a wool blanket. The First Nations people were the ultimate masters in sustainability. They knew how to use the land, plants, and animals respectfully and so that they would be able to enjoy the resources for generations. 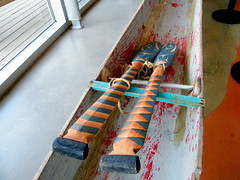 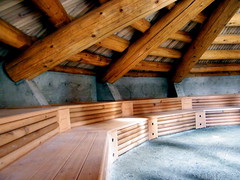 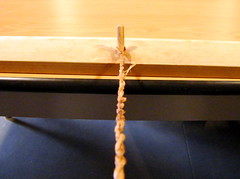 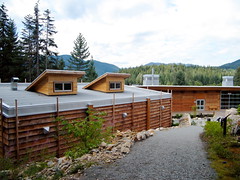 Outside the centre there is an underground pit house, a long house, and a forest walk. In the long house our Ambassador taught us how to make bracelets from Cedar bark and along the walk we learned about how various vegetation was used in everyday life.

On the top level of the centre is an impressive gallery with items for sale, such as works by Maynard Johnny Jr who did the gift boxes that were presented at the Juno Awards this year. Various other artists were showcased through their work with masks, paddles, paintings, and even snowboards. 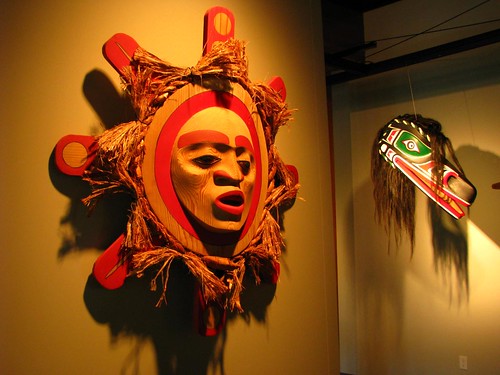 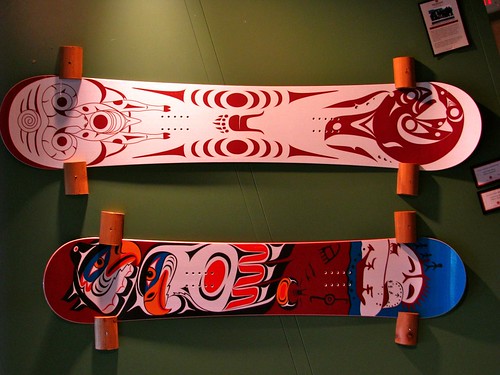 We also learned that the reason why it took so long to make the impressive wool blankets, as our Ambassador explained, is that they collected wool from mountain goats that was caught on plant life or tree bark — they didn’t actually pull it right from the animal as they did not believe in harming it. They would also use hair from a special breed of dog for the wool. With each stitch and knitted loop they would also say a prayer or blessing. They have an impressive collection of items in their galleries including the blanket Chief Joe Capilano took all the way to England in 1906 when he met with King Edward VII. 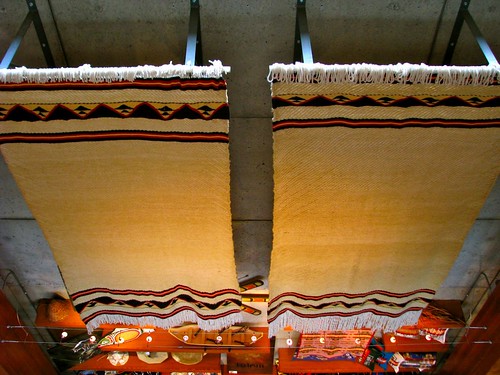 We thoroughly enjoyed our time at the Cultural Centre and have been wearing our hand-made Cedar bark bracelets ever since. It’s a small token of our time there but it packs a lot of meaning behind each twist of the bark. I’m a first generation Canadian and through the education, passion and thousands of years of heritage that these cultures take the time to share with us, I feel even more of a connection with my home and ever-more respectful of theirs. 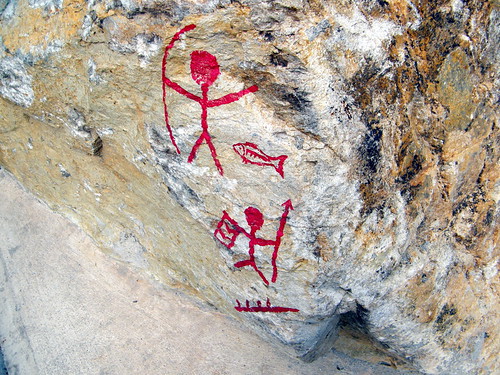 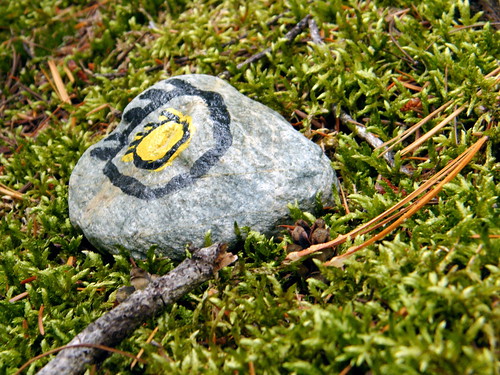 There was so much to do in Whistler this weekend, from village shops and restaurants, to gondolas, hikes, bikes, and cheese rolling. However taking that quick stroll over to the Cultural Centre next to the river is definitely something I would recommend for others. On your way up to Whistler you may also want to consult the Cultural Journey map for points of interest along the way.

The Squamish Lil’wat Cultural Centre is open daily from 9:30am – 5:00pm and is located at 4584 Blackcomb Way in Whistler, BC. The admission rate for adults is $18 although they do have an annual membership program, which would be your best value.