My personal history with Pattullo goes back about 29 years however the name played an important role for me in high school biology. I used to be able to remember that the knee cap was called the “patella” since it was like a bridge between the femur and tibia (at least in my mind it helped, anyway).

All silliness aside, since the Pattullo Bridge is in the news and affecting lives and commutes more than ever since a fire shut it down days ago, I thought I would discover more about this infamous crossing and the man after which it was named. 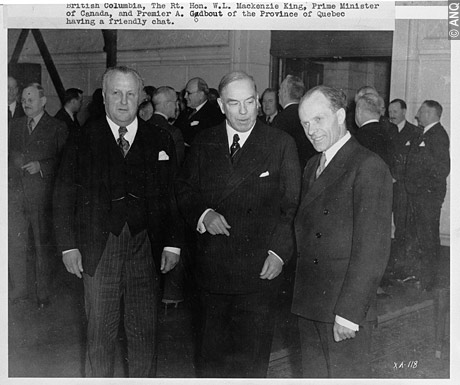 136 years ago, Thomas Dufferin Pattullo was born in Woodstock, Ontario. He traveled west during his formative years and began working in Dawson City government (and was ‘acting assistant gold commissioner’) until he moved to Prince Rupert in 1908 to work in real estate and insurance. He was elected as a Liberal party MLA in 1916 as Minister of Lands Responsible for Forestry and was leader of the opposition from 1928 until 1933 when he was elected Premier of BC. He was the top man in our province until 1941.

Faced with the tremendous economic and social problems of the Great Depression, Pattullo was innovative in extending the role of government. His frustration with the limitations of provincial power led to a battle with Ottawa that resulted in a reappraisal of Canadian federalism. After an inconclusive 1941 election, he rejected a coalition with the Conservatives and was rebuffed by his own party. [Canadian Encyclopedia] 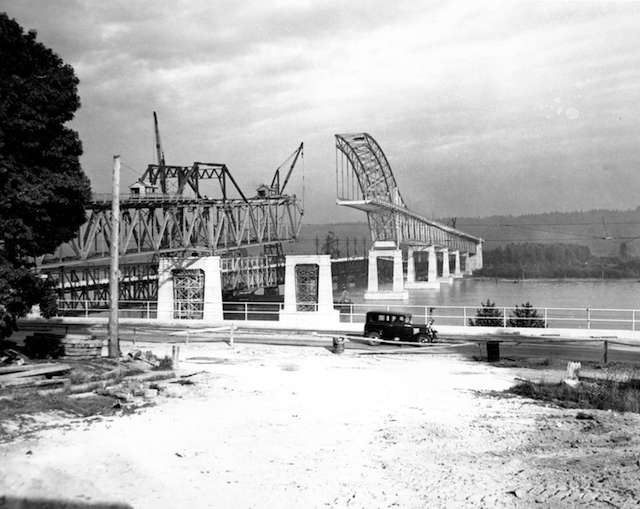 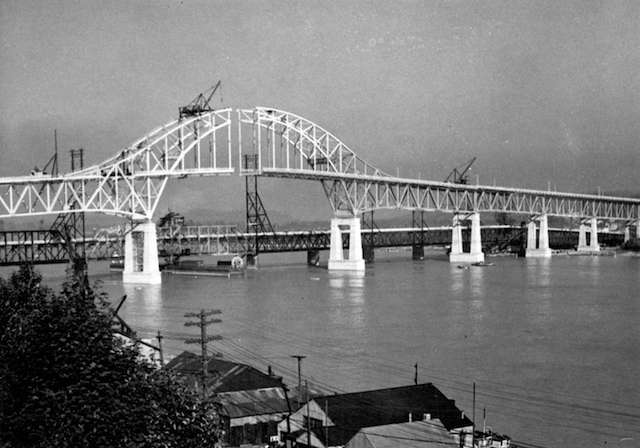 On November 15th, 1937 Duff Pattullo ceremoniously cut a chain-link barrier to officially open the crossing from New Westminster to Surrey, named in his honor. 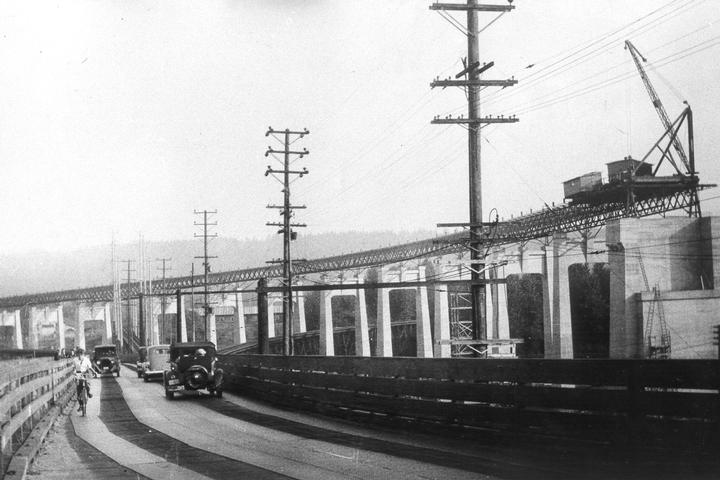 Construction of the Pattullo from NW Heritage

In brief remarks he told the assembled throng the bridge was a “thing of beauty”. Words other than “beauty” spring to the minds of drivers these days for that bridge. At peak times on the Pattullo 3,700 vehicles an hour (a car a second) speed along its narrow, curving lanes, each just three metres wide each, some 61 centimetres or two feet narrower than today’s standard. [Vancouver History]

A luncheon was served later that day at the Queen’s Park Arena.

In July of 2008, Translink approved the plan to put a toll on the new crossing that would replace the Pattullo however when the bridge as we know it was built it was also tolled and earner the nickname, “Pay Toll O“.

Thomas Dufferin Pattullo himself was laid to rest in Royal Oak Cemetery in Victoria (side note) it’s also where you can also find the final resting place of Frank and Lester Patrick – the brothers who helped found modern hockey and bring it to Vancouver.

Pattullo was a ground-breaking leader in our province and his legacy lives on in the legislature and in our history… albeit most famously through his namesake bridge which has an uncertain future.

Share12
Tweet2
Share
Pin1
Email
Reddit
WhatsApp
15 Shares
Current Contests on Miss604
*All contests are open to residents of Canada only, unless otherwise stated. Contest timelines are published on each individual post along with entry methods. Some contests may only be open to those 19 years of age and older. Winners are announced on the contest blog posts. Contest policy »