Yesterday we drove around the southernmost tip of Vancouver Island, surveying storm damage from the night before and witnessing towering waves crashing on shore and showering roads and pathways with debris. It was the first big storm of the season and being that we were on the Island, we were pretty concerned about our passage home. BC Ferries canceled their morning sailings but luckily my sister had reserved a spot on the 5pm a few days earlier, by that time they were running again and we were able to board on time. 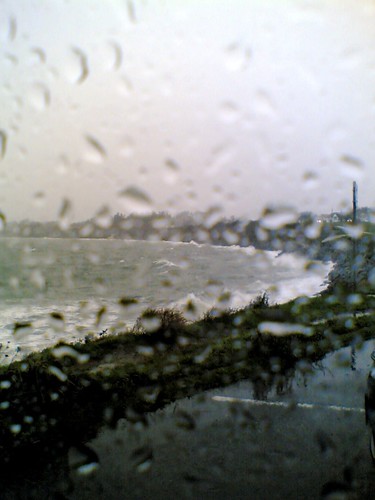 One thing we did during our little drive around the area was visit Fort Rodd Hill and the Fisgard Lighthouse. The morning winds had calmed down somewhat so we ventured down a bumpy road, following the signs for a “National Historical Site”. The kids enjoyed seeing the four deer that were grazing in the middle of the field and I’m always a sucker for historical sites.

Fort Rodd Hill NHS commemorates the national significance of the Victoria-Esquimalt coast artillery fortress in the defence of Victoria and the naval base at Esquimalt harbour, as part of the larger defence strategy of the British Empire and Canada, 1878 to 1956.

Other important messages are the shift from British to Canadian responsibility for our national defence, and the evolution over time of the V-E Fortress in response to changing threats to Canada’s sovereignty. [Parks Canada] 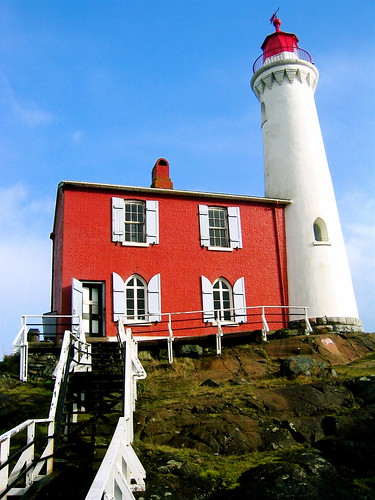 Fisgard Lighthouse NHS commemorates the national significance of the first lighthouse on Canada’s west coast. Fisgard has been an important symbol of sovereignty-British, Colonial and Canadian-since 1860.

Along with Race Rocks lighthouse, Fisgard provides a guide for mariners to Royal Roads anchorage, Esquimalt harbour and its naval base, and points the way to Victoria harbour. [Parks Canada] 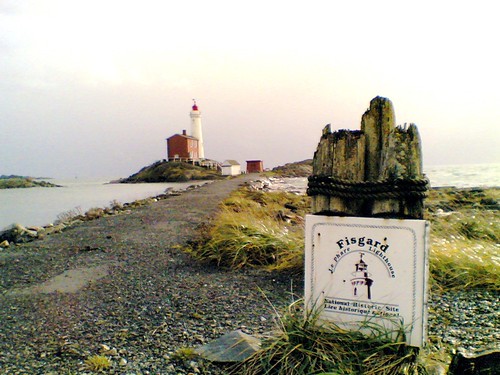 As we walked across the man-made pathway between land and the Island on which the lighthouse stood, avoiding getting splashed by the sea that was still reeling from its outburst that morning, I turned around to take a photo of my sister and her family. Across the entire Eastern sky there was a complete rainbow, it was pretty beautiful even though one side of it did land in Esquimalt. 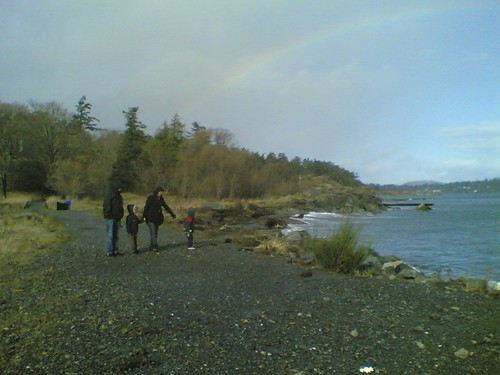 The whole place had kind of a Fort Langley feel to it, although the natural scenery was breathtaking. The lighthouse contained artifacts, an interpretive video, old lenses, wicks and fog horns. It was kinda creepy being in there and feeling the whole place grumble with the turn of the light – as it is still functioning today. 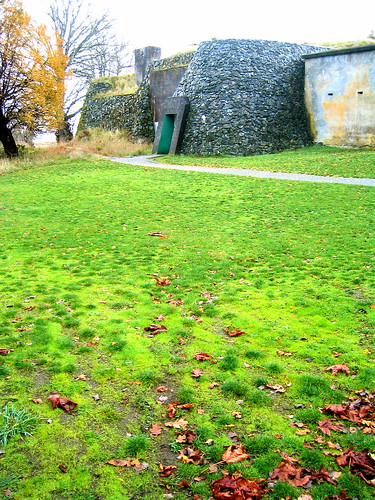 It was a nice find and I’d like to return some day as there were several buildings in the Fort that we didn’t head into, as well as about a dozen foot paths up and down the hillside that were just begging to be explored.