This month’s offerings for Friday Late Night Movies at the Rio Theatre include Fritz the Cat, James Cameron’s Aliens (part of a double feature with Ridley Scott’s Alien), Hedwig and the Angry Inch, Zoolander, and Sam Raimi’s Army of Darkness.

Tickets are available online in advance or at the door for $8 or $6 if you come in costume for the midnight shows. These 19+ screenings can be complimented with a beverage from the theatre’s full service bar as you enjoy a night out with friends. 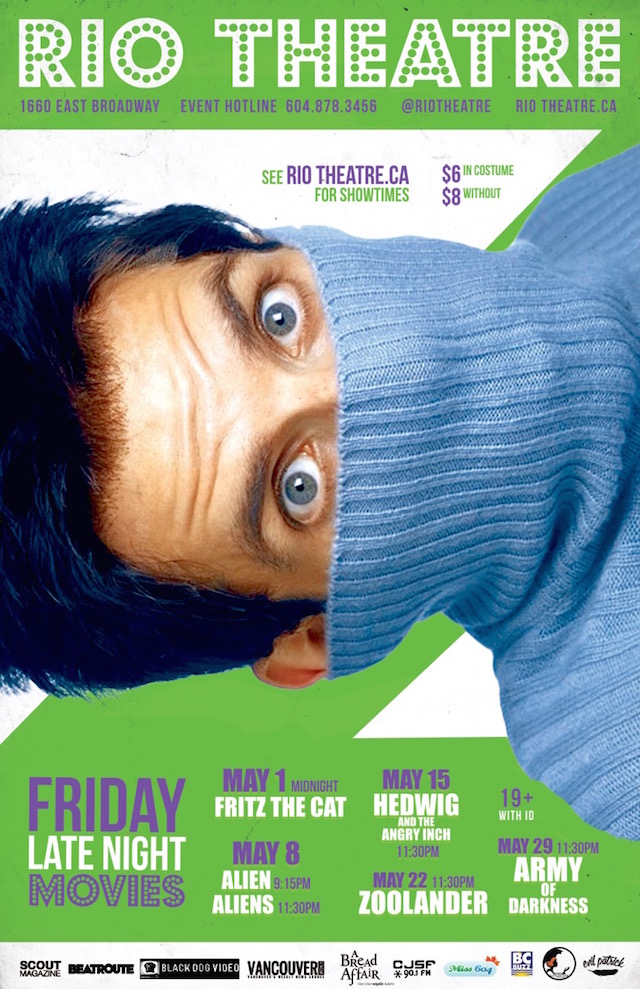 Friday, May 1, 2015
Fritz the Cat
(Ralph Bakshi, 1982)
Based on Robert Crumb’s comic strip of the same name, director Ralph Bakshi’s Fritz the Cat follows the adventures of a hypocritical swinging college student cat who raises hell in a satiric vision of various elements in a swingin’ (and highly sexual) animated version of the universe in the 1960’s.