The Lions Gate Bridge is one of Vancouver’s most recognizable landmarks. Its green towers and suspension cables, adorned with brilliant bulbs, has been the main connection between West Vancouver and the rest of the Lower Mainland since 1938. Almost as well-known as its silhouette is its story, at least the part where the Guinness family is concerned. The family, of Irish stout fame, funded the construction of the bridge through a syndicate, British Pacific Properties, and forever changed the local landscape. 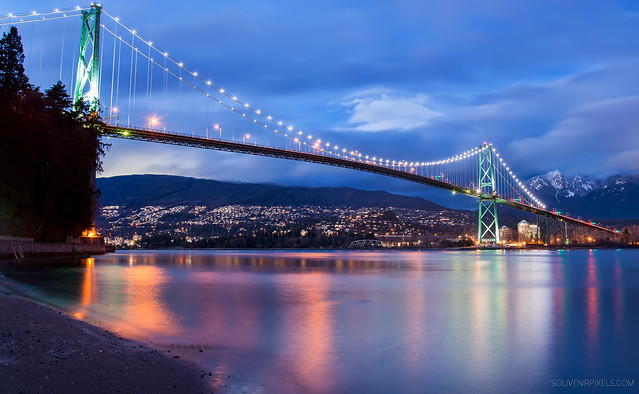 British Pacific Properties (“BPP”), typically referred to as British Properties, is the well-known residential area situated on the North Shore of Burrard Inlet between the Capilano River and Howe Sound. Properties here, on West Vancouver’s south-facing slopes, are much sought after for their panoramic views and unique topography. The British Pacific Properties moniker is also synonymous with the company that has owned and been developing the land for more than 80 years. 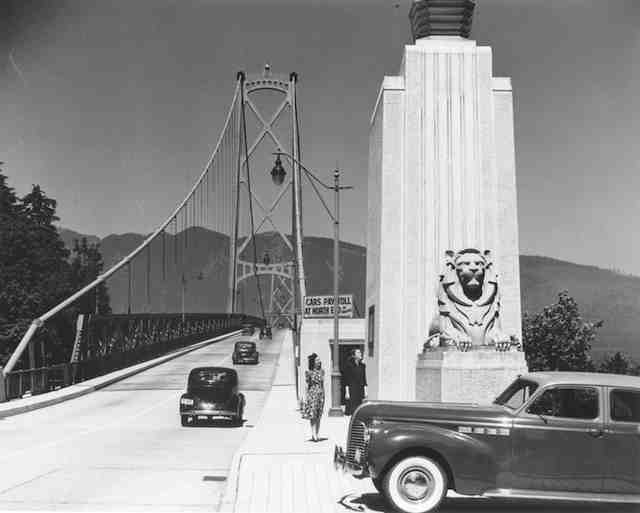 Owned by the Guinness family, British Pacific Properties owns all the land in West Vancouver above the Upper Levels Highway from Taylor Way to Horseshoe Bay. Totalling some 4,000 acres, the land was purchased from the municipality during the Great Depression, when residents were unable to pay their property taxes and the local municipality was threatened with bankruptcy. In turn the Guinness family — led by the Rt. Honourable Walter Guinness, Lord Moyne — committed to funding $1 million in local municipal improvements over a five-year period and constructing the Lions Gate Bridge connecting West Vancouver to the city for the first time.

This purchase proved the catalyst for a whole new chapter in the area’s growth and development. In the 1930s, Lions Gate Bridge construction was a vital employment booster in exceptionally difficult economic times, while projects such as Park Royal (one of Canada’s first shopping centres) and Capilano Golf Club contributed significantly to growing and modernizing West Vancouver. Meanwhile, many of the neighbourhood’s early residential homes were defining a whole new West Coast architectural style. 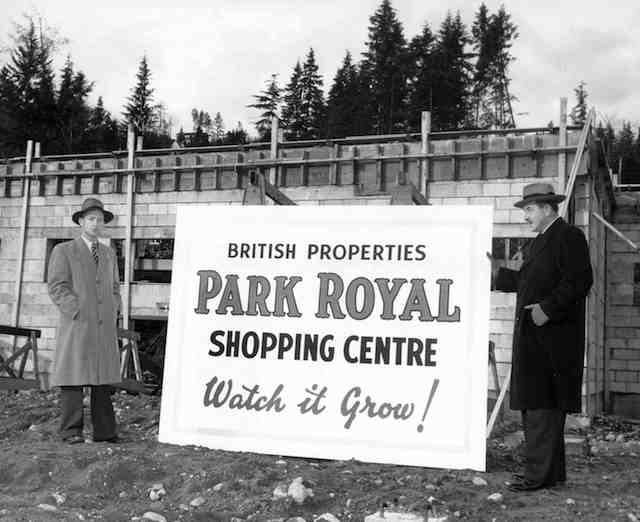 Also vital to the area’s evolution was the Guinness family’s decision to hire the Olmsted Brothers, a renowned firm of U.S. landscape architects responsible for such distinctive city landmarks as NYC’s Central Park and Montreal’s Mount Royal Park. Determined to create a remarkable subdivision featuring pleasant parks, winding, treed streetscapes and spectacular vistas, British Properties was designed as an exclusive sanctuary from the stresses of city living. This set the tone for the area’s future development while establishing the unique character and values of an emerging community.

Today, beyond residential development, BPP is a vertically integrated company that builds roads, trails, parks and public amenities. Over the years it has contributed more than 200 acres to the District of West Vancouver (at a value of more $100 million) and given to many different local endeavours, such as the West Vancouver Streamkeeper Society. 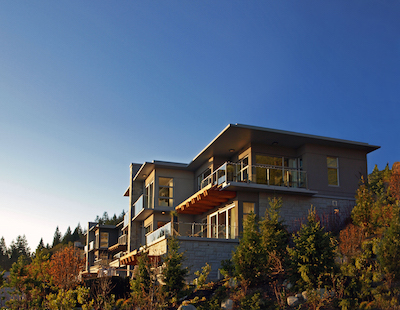 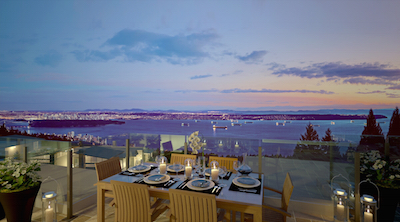 To promote its history and celebrate its continuing legacy, British Properties has offered up a West Vancouver prize pack for me to give away to one lucky reader.

This includes a copy of the hardcover book Lions Gate by by Lilia D’Acres and Donald Luxton that features some fantastic historical photographs, and a $150 gift card to The Beach House Restaurant located at Dundarave Park and recently voted Best North Shore Restaurant in the Georgia Straight’s Golden Plate Awards.

I will draw one winner at random from all entries at 12:00pm on Wednesday, April 1, 2015. Update The winner is Janet!

Share50
Tweet1
Share
Pin3
Email
Reddit
WhatsApp
54 Shares
Current Contests on Miss604
*All contests are open to residents of Canada only, unless otherwise stated. Contest timelines are published on each individual post along with entry methods. Some contests may only be open to those 19 years of age and older. Winners are announced on the contest blog posts. Contest policy »

Also on Miss604.com
« Dining Out for Life
Shane Koyczan Silence Is A Song I Know All The Words To Tour »