Due to overwhelming demand, Sarah McLachlan will be playing two shows in Vancouver this October and Live Nation wants to send one lucky Miss604 reader and their guest to see Sarah live in concert on October 21st. 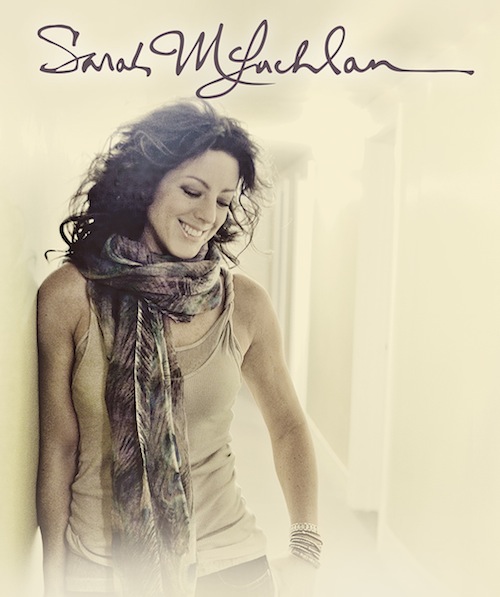 Multi-platinum Canadian singer-songwriter and Grammy Award-winner, Sarah McLachlan announces the coast-to-coast SHINE ON CANADIAN TOUR 2014, in support of her eighth studio album, SHINE ON. The extensive tour will kick off on October 18 in Victoria, BC and will visit 19 cities across the country. SHINE ON is McLachlan’s first full-length recording of new material in four years. The new album was recorded in Montreal and Vancouver with Sarah’s longtime collaborator/producer Pierre Marchand as well as Bob Rock and Vincent Jones.

Sarah McLachlan is one of the most celebrated singer songwriters in entertainment with over 40 million albums sold worldwide. She is an eight-time Juno Award winner and a three-time Grammy Award winner. McLachlan’s landmark fifth album, the 10x-platinum SURFACING, contained two Grammy Award-winning tracks: “Building a Mystery” and “Last Dance.” In addition to her personal artistic efforts, she founded the Lilith Fair tour showcasing female musicians which raised over $7 million for local and national charities over its 3 years and in 2002 founded her non-profit organization the Sarah McLachlan School of Music. The school provides free after school music education for at-risk and underserved kids who otherwise would have no access to music programming.

If you would like to see Sarah McLachlan live in concert, I have a pair of tickets for the show to give away (to the second show) thanks to Live Nation. Here’s how you can enter to win:

RT to enter to win tickets to see @SarahMcLachlan in concert from @LiveNationWest + @Miss604 http://ow.ly/ySvtT

I will draw one winner at random from all entries at 12:00pm on Sunday, July 13, 2014. Follow Live Nation on Facebook and Twitter for all the latest Vancouver concert event information.

Update The winner is Cayla!