This Saturday is the Khatsahlano Music + Arts Festival along West 4th Avenue. The namesake of the festival, and the community of Kitsilano, is August Jack Khatsahlano. August Jack became known for working with Vancouver’s early settlers and for recording his peoples’ oral history.

August Jack, hereditary Chief Khatsahlano, was the last of forty great medicine men in the ancient order of the dancers of the Squamish Indians. He was born in Stanley Park, Vancouver and lived in what is now known as the False Creek area. August Jack and his wife Mary Ann lived in and around Squamish for many years where he was a boomman. He moved to the Capilano Indian Reserve for a time but eventually moved back to Squamish. He and his wife had their own home on the reserve in the North Yards.

His daughter Louise said he was a great story teller and people often come from many parts of the province and elsewhere to visit him. His totem pole carving was a true work of art and a favourite pasttime was to get away prospecting. A grandson Frankie Williams carries his grandfather’s Indian name. This man, well-loved by white and Native alike, died in Squamish on June 5, 1971. His age was not known for sure but he was thought to be well over 100 years old. [History of August Jack] 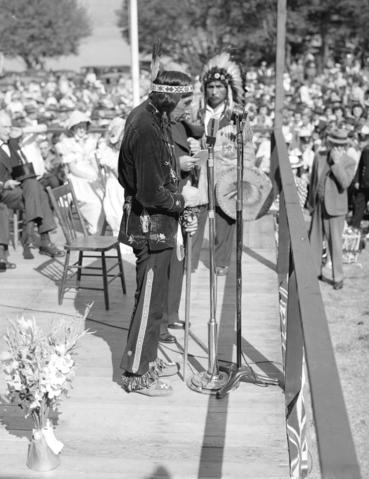 He was born in the village of Xwayxway, which is Stanley Park today. However, in a book by Major J.S. Matthews it says that Squamish Chief August Jack Khatsahlano was born near the site of Burrard Bridge at the village of Snauq along False Creek (according to baptism records). He was the son of Khaytulk “Supple Jack” of Chaytoos and grandson of Chief Khahtsahlanogh.

Major Matthews (Vancouver’s first archivist) would chat with August Jack many times over the years and the book “Conversations with Khatsahlano, 1932-1954” was published with his records. Matthews and August Jack discussed everything from area history, legends, and traditions like the Potlatch, to food preparations and plants for medicine — there’s even a quick, random note Gassy Jack’s wife going up to Squamish.

Conversation with August Jack Haatsalano (Kitsilano) October 26, 1932:
“After my father died we moved to Snauq and it was from there I saw Vancouver burn in June 1886. Afterwards, as a boy, I used to go over and search in the ruins for nails.”

“The name I go by is August Jack, that is, August, son of Supplejack. But, according to the whitemans usage, I should be August Haatsalanough; anyway I have assumed that name. Sometimes I sign my name Kitsilano, sometimes Haatsalano.”

Matthews refers to him fondly as “my friend August Jack”, a “splendid character”, “a natural born historian”, “and a charming man, one of nature’s gentlemen,” in his notes. I am only about a quarter of the way through the “Conversations with Khatsahlano, 1932-1954” reference material, thanks to the Vancouver Archives, but it’s absolutely fascinating to learn more about dynamic Chief Khatsahlano through these discussions.

If you’re out and about in Kits this Saturday take a moment to think of August Jack Khatsahlano, the namesake of this friendly, eclectic, and vibrant neighbourhood.